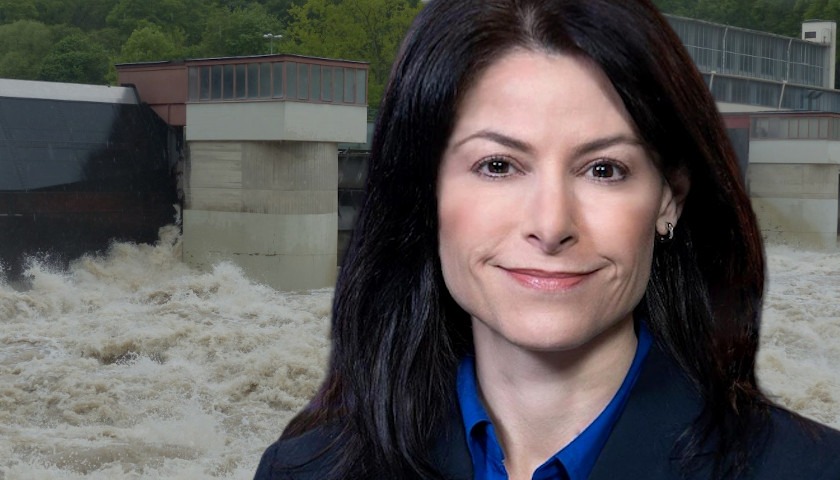 Nessel sued the owner of Edenville Dam just three week ago, saying that it allegedly killed thousands of freshwater mussels by lowering water levels, RAGA said. As a result of state pressure to keep water levels high, the dam “did not have an adequate spillway capacity and collapsed.”

“Democrat Dana Nessel clearly has her priorities mixed up. As the top law enforcement officer in the state, an attorney general has a duty to protect its citizens,” said RAGA Chairman Louisiana Attorney General Jeff Landry said in a statement. “Newsflash: a personal environmental protection crusade does not trump the safety of the people within your state. Unfortunately, the Democrat prioritized a handful of small crustaceans over the well-being of thousands of Michiganders.”

RAGA also accused Nessel of attempting to cover her “careless actions” by tweeting about Trump and his “legal and moral responsibility” to wear a face mask while touring a Ford manufacturing plant.

Trump refused to wear a face mask during his tour of the Ford plant in Ypsilanti today, despite numerous requests that he do so. Trump does not care about the safety of Michiganders. Luckily, we have an attorney general who does.https://t.co/RikMGXuHp7 pic.twitter.com/bfmkTokZcV

Trump was given a mask by Ford, which he said he wore while in the “back area” of the plant, according to NBC News.

“As a Michigan native and as an attorney general, I believe that it is clear that Democrat Dana Nessel’s dangerous mix of political pandering and misplaced priorities resulted in massive property damage and the displacement of over 10,000 families,” RAGA Vice Chairman Georgia Attorney General Chris Carr said in a statement. “Even worse, instead of apologizing for putting the interest of mussels before the safety of the people of Michigan, Nessel deflected blame by playing political games and coming unhinged during President Trump’s visit.”

Whitmer has declared a state of emergency for Midland, as well as requested federal aid to help with recovery efforts.

“The people of Michigan won’t forget that when it mattered, ‘Nessel’s Mussels’ got more protection than the families, homes and communities of hardworking Michiganders,” Carr said.