As protests spread across America, multiple sources confirm that shady groups are traveling to strategic cities to incite riots and violence. Here’s their agenda.

The death of George Floyd was as horrific as it was charged with symbolism. A police officer, who is supposed to “protect and serve”, presses his knee on the neck of an unarmed civilian for eight long minutes. Before losing consciousness, Floyd pleads with the officer, saying “mama” and “I can’t breathe”.

Floyd was being arrested for using a fake $20 bill to pay for a pack of cigarettes. He ended up being suffocated to death in a scene that can be likened to a public execution. Because, despite the fact that multiple cameras were filming him, officer Derek Chauvin never let up. It is almost as if he wanted this to become viral. 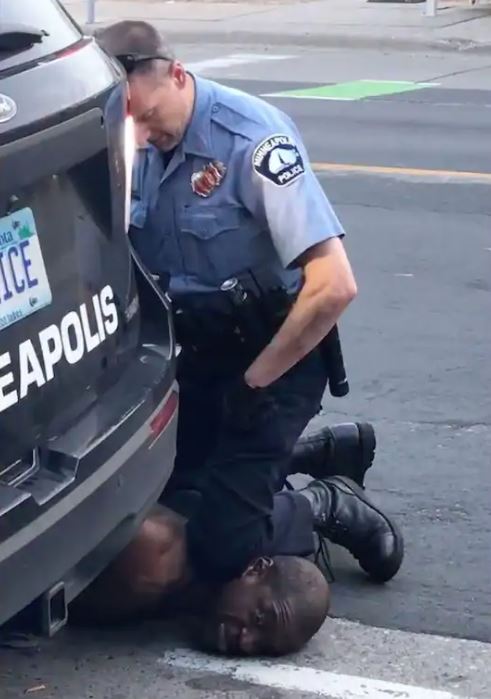 The image that enraged millions. 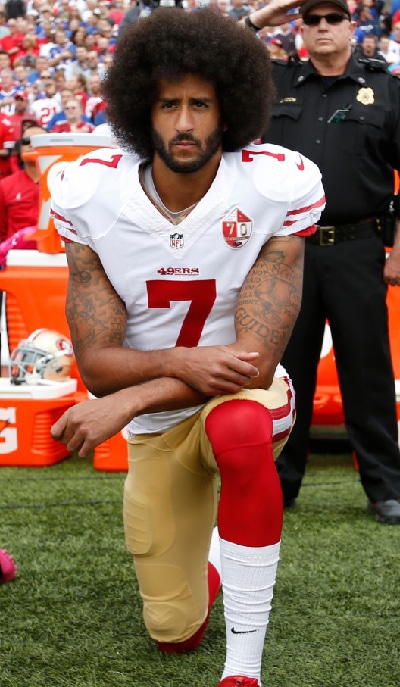 Was this some kind of sick nod to Colin Kaepernick kneeling during the National Anthem to protest police brutality?

Despite the fact that America is deeply divided, there’s one thing we should all agree on: Police need to stop killing civilians. Even if a perpetrator is “stiff” or “uncooperative”, officers are supposed to be trained to deal with these situations in a professional matter. And, of course, without causing death. Police officers cannot use lethal force on citizens unless their lives are directly threatened. Those who needlessly kill civilians need to be prosecuted to the fullest extent of the law – as murders. Because that’s what they are.

Furthermore, one must be blind to not realize that black people are disproportionally victims of such crimes. Sadly, this is far from a new phenomenon. It has been happening for decades. It even happened numerous times during the Obama era – including the 2014 death of Eric Garner whose last words were also … “I can’t breathe”. 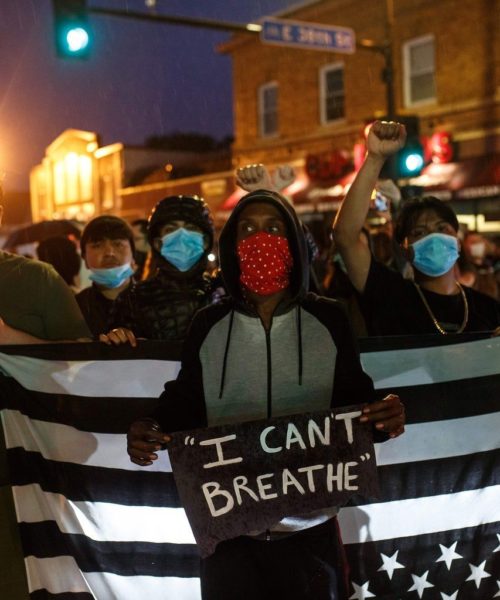 Protestors with a sign saying”I can’t breathe” … while wearing masks that affect their breathing. Symbolic.

It did not take long before the footage of Floyd and Chauvin became viral. Soon after, protestors took the streets of Minnesota with a legitimate cause. Then, things got muddy and organized groups with an agenda took over.

When the protests soured and devolved into riots and looting, numerous locals reported strange, unusual activity by people who do not appear to be protesting for George Floyd. For instance, in the following video, a suspicious “protestor” breaks some windows and runs away as he’s being asked by locals if he’s police.

“This was the first man to break a window at Autozone. A move that started the string of looting and damage to businesses. He is seen wearing all black and carrying an umbrella to conceal the hammer he is holding in the same hand. No one knew this man, he didn’t protest, when confronted he ran the other way. And by the looks of it, his boots are military grade. Meaning this man is either in some form or militia or he is WITH THE POLICE.”

The fact that this person destroyed property in a calm, professional matter to then flee the scene is a classic telltale sign of an agent provocateur. Also, the umbrella might be a way to indicate authorities that he’s “one of them” and to target him.

As the riots and looting spread across major cities in the United States, locals witnessed highly-coordinated activities by suspicious people from out-of-town. 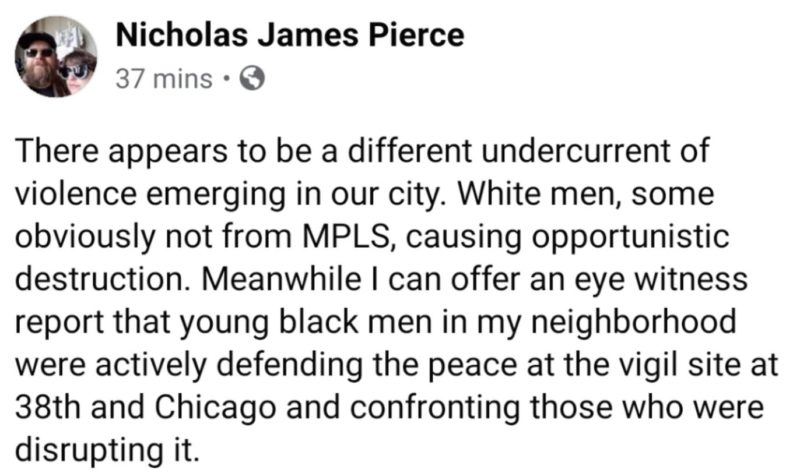 On May 30th, the Governor of Minnesota stated in a press conference that a great majority of the protestors are from outside the region.

In another press conference, the mayor of Minneapolis said:

The mayor of St-Paul also confirmed that every person arrested on May 29th was from out of state. He added:

“We don’t know these folks”.

Throughout the country, black protestors have been imploring (mostly white) rioters to stop destroying their communities.

In a press conference at the Department of Justice, Attorney General William Barr stated:

“Unfortunately with the rioting that is occurring in many of our cities around the country, the voices of peaceful protests are being hijacked by violent radical elements. Groups of outside radical agitators are exploiting the situation to pursue their own separate and violent agenda.”

Other sources claim that provocateurs are from the other extreme of the political spectrum, such as this article from Vice News titled: Far-Right Extremists Are Hoping to Turn the George Floyd Protests Into a New Civil War. The article states:

“But perhaps the most troubling of all are the hardcore “accelerationists” who are encouraging their neo-N–i followers to go to the protests and carry out acts of violence against black people — all with the goal of “exacerbating the ethnic tensions” and sparking a “race war.”

Accelerationists promote violence to speed up the collapse of society. An eco-fascist Telegram channel wrote to its nearly 2,500 subscribers on Thursday that “a riot would be the perfect place to commit a murder.” Accelerationists often seek to exploit moments of political or civil unrest, and the widespread protests that have unfolded across the country fit the bill.”

As protests spread across 30 cities, it is obvious that shady yet heavily organized groups have traveled to strategic places to incite violence. A classic role of agents provocateur is to justify police-state measures such as curfews, lockdowns, and the deployment of the military.

But there is more to this. While the Left blames the extreme-right and the Right blames the extreme-left, one important fact remains: Both “extremes” ultimately work for the same elite. They are both used to sow hate and division in the country while destroying it from within. They want a race war, they want class war and they want political war. They want anything that weakens the United States in order to put it under the control of outside globalist forces.

A telling clue that this is all sanctioned by the elite: Mass media’s implicit approval of the organized riots. What happened to the shaming of people for not respecting social distancing? For weeks, mass media blasted people who peacefully protested for the right to go back to work because of COVID. Now that out-of-towners show up in black communities to destroy their local businesses, mass media is nearly praising them. The difference? The rioters are doing the elite’s bidding.

As a conclusion, I will leave you with a Reddit post that got censored its agenda-friendly mods. 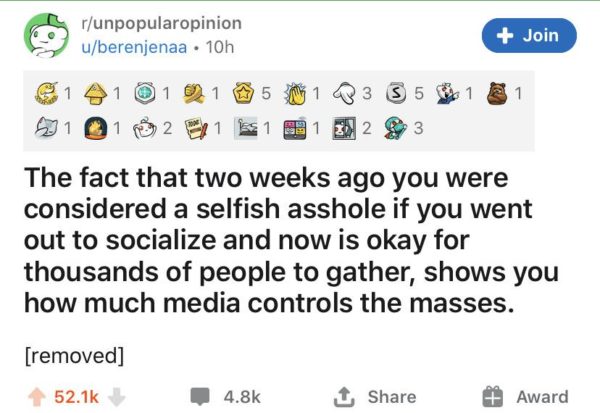