SOROS FINALLY GETS HIS RACE WAR … OR WILL IT BE A CIVIL WAR? 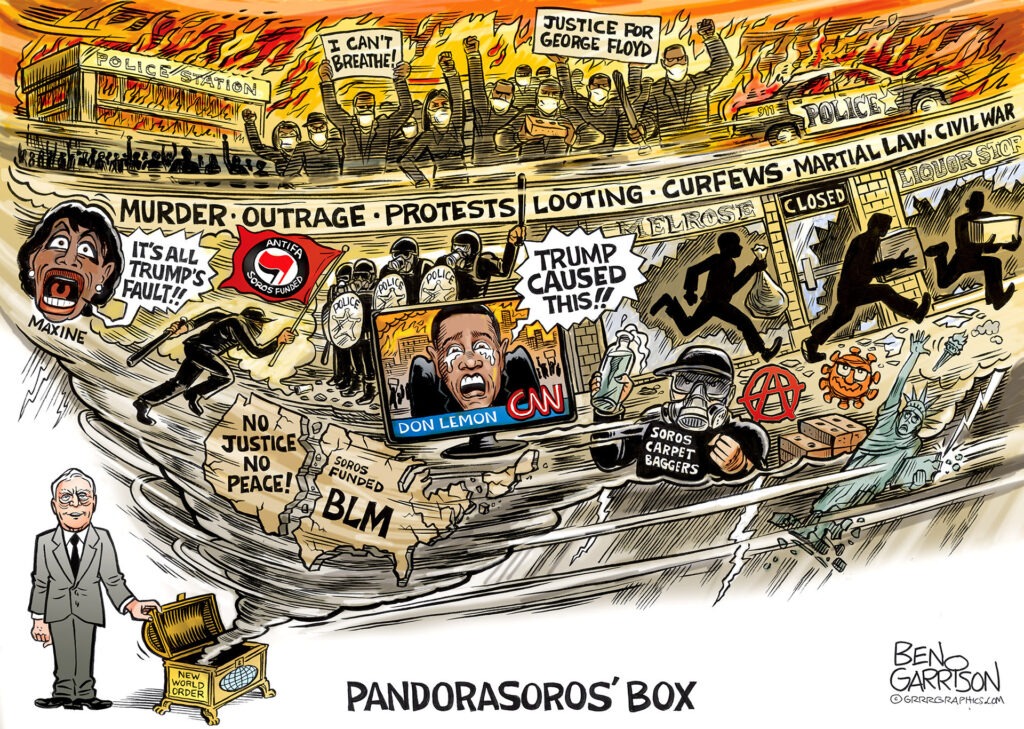 If a politically naive person watched nearly a week’s worth of protests and general mayhem on MSNBC and CNN like I did, they might arrive at a logical conclusion: It’s all Trumps’ fault. Over and over again I heard guest ‘analysts’ as well as host ‘journalists’ say the rioting was due to Trump’s ‘systemic racism.’ They even said the president fanned the flames of violence.

We can expect Maxine Waters to shrilly blame Trump for anything negative including bad weather. Don Lemon blamed Trump so hard that he almost got emotional over it. I actually expect him to cry—that’s how earnest he became while in the throes of his Trump Derangement Syndrome.

The blame actually goes to Soros. He funds Black Lives Matter and the Antifa. Even those on the left complained that 80% of the rioters were ‘imported from out of town’ and incited violence. Palettes of bricks were left in handy locations to be thrown through windows. Protests are legal and to be expected in this instance but rioting, violence and looting are crimes.

President Trump talked about designated Antifa as a terrorist organization by executive order. Antifa individuals who commit acts of violence should be arrested and held accountable. The real terrorist organization includes George Soros, Bill Gates, and the globalist cabal. They all want to destroy America in order to bring about globalism.