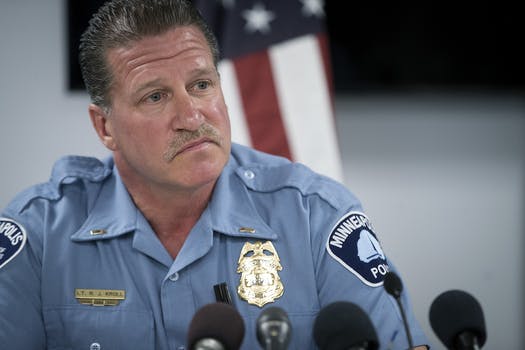 In open defiance of Minneapolis Mayor Jacob Frey, the union that represents the city’s roughly 900 rank-and-file police officers announced that it is partnering with a national police organization to offer free “warrior-style” training for any officer who wants it.

According to a news release posted to the Law Officer website, the free online training — valued at $55,000 a year — is offered to officers for as long as Frey remains mayor. The training, which covers a range of issues, from “officer survival” and leadership to fitness and de-escalation, was designed to ensure that officers could “return home each day to their family regardless of the dangers that they may face and the ignorance of some politicians,” the release said.

The announcement comes in response to Frey’s ban of the popular training style, which he first revealed in his State of the City address last week. Frey said at the time that Minneapolis would become the first department in the country to eliminate “fear-based” training.

Trainings rooted in fear, he said, “violate the values at the very heart of community policing.” His comments come as law enforcement tactics are under scrutiny following a series of high-profile deaths of civilians at the hands of police around the country.

Many policing agencies, including Minneapolis’, are moving toward “guardian”-oriented tactics, which focus on de-escalating tense situations and use of deadly force as a last resort. But opponents of this approach argue that such techniques endanger officers’ lives by teaching them to let their guard down.

Officers who violate the new ban and participate in such classes outside of work could be disciplined, city leaders said.

Frey doubled down on that sentiment on Wednesday.

“We have adopted this new policy because proper training on use of force and de-escalation is of paramount importance,” he said in a statement. “Officers found to pursue any training that conflicts with MPD’s training and has not been preapproved will be subject to discipline.”

Lt. Bob Kroll, president of the police union, was undeterred on Wednesday, saying in an interview that he consulted with the union’s attorneys, who said Frey’s directive was unlawful. Kroll also defended the training, saying, “It’s not about killing, it’s about surviving.”

Frey said in a statement that the city attorney’s office was consulted during the drafting of the policy, and, “They are confident in its legal position.”

In a video accompanying the news release, Travis Yates, director of training for the Law Officer organization, said Frey’s order was personal.

Frey said in an interview that he supports authorized ongoing training.

“I care deeply about our officer safety, and that safety can be ensured through existing training, sanctioned by our police department and approved by our chief,” Frey said in phone interview. “Everything from procedural justice to use of force, I have great faith in the training that is sanctioned by Chief Arradondo.”

In a statement, Minneapolis police spokesman John Elder said the new policy was enacted to ensure officers only receive training on force and de-escalation that is consistent with “carefully developed” training by the department.

“The policy just requires preapproval for external trainings on these topics to make sure there is not a conflict,” Elder said. “The MPD encourages and supports training for its staff that encompasses officer and community safety based on procedurally just methodology.”

The warrior-style training most recently came under scrutiny after the fatal police shooting of Philando Castile during a traffic stop in Falcon Heights three summers ago.

Jeronimo Yanez, the former St. Anthony police officer who was later acquitted for shooting Castile, attended a two-day training course called “The Bulletproof Warrior,” which critics said trains officers to consider everyone and everything a potential threat.

Arradondo said at the time that the department doesn’t currently train officers in such techniques. It’s unclear how many officers have undergone the training in the past.

The debate comes against the backdrop of the murder trial of former city police officer Mohamed Noor, who is charged with killing a woman after responding to her 911 call about a possible sexual assault behind her Fulton neighborhood home. Throughout the trial, prosecutors have sought to paint a picture of Noor as a too-eager officer who fired his weapon without assessing whether the woman posed a threat.