Rioters Torch Home with Child Inside, Then They Block the Firefighters (Video) 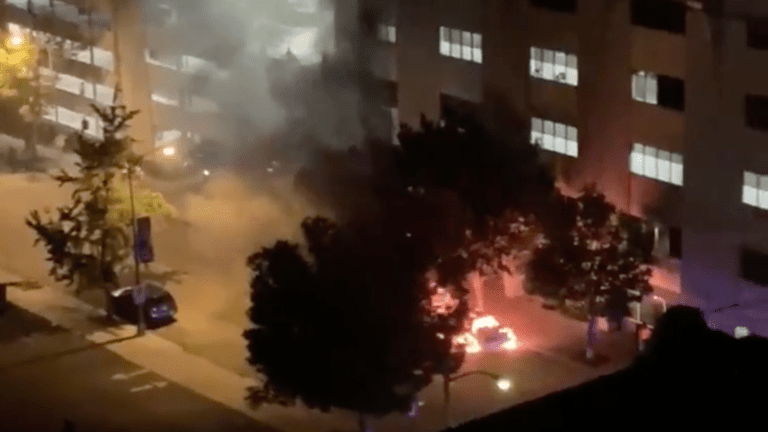 The head of police in Richmond, Virginia choked up describing how rioters set a building on fire and wouldn’t let a fire truck get to the scene, requiring officers to forcefully intervene to save a child trapped inside.

Peaceful protests in Richmond escalated into violence on Saturday, with a radical mob setting ablaze a police cruiser, a bus and several buildings, including the United Daughters of the Confederacy headquarters. One of their targets was a building in Broad Street, in which there was a child, Richmond Police Chief Will Smith told journalists on Sunday.

Just a picture of the “peaceful” protest here in Richmond, VA. Courtesy of my living room window. Disgusting actions on the “protestors” part. pic.twitter.com/w3PsgXuVBY

“They prohibited us from getting on scene. We had to force our way to make a clear path for the fire department,” he said.

Protesters intercepted that fire apparatus several blocks away with vehicles and blocked [the] fire department’s access [to the burning building]. Inside that building was a child!