Democratic Socialists of America Are Training Protesters To Loot and Riot 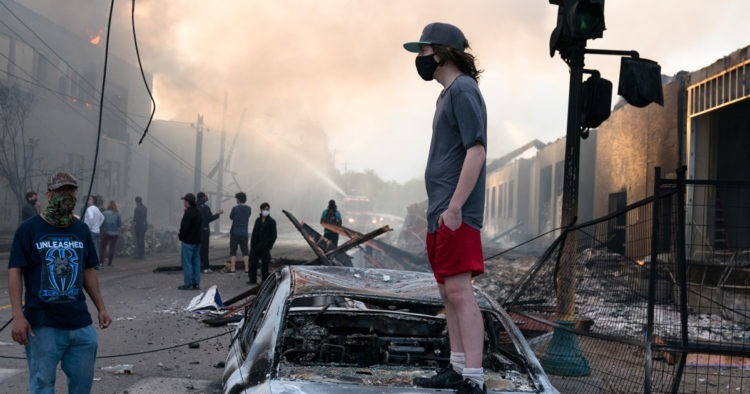 The Democratic Socialists of America (DSA) of Broward County admitted in a training session for George Floyd protesters Wednesday that they support looting and rioting, NATIONAL FILE has exclusively learned.

“I firmly believe that quote unquote looting and rioting is nonviolent,” said one of the participants on the DSA call. “That’s my personal belief. I think that we need to change the narrative.”

“I still, and a lot of our groups, still actually support and stand in solidarity for people who are taking those actions. So it’s so important to change the language to say uprisings, to say redistributing wealth, and not recreate this narrative of peaceful versus violent, because we know who the true violent people are. They are police. And we are responding to that. So just want to make sure folks are clear on that.”

Of those five, Munoz had her microphone muted while these remarks were said. Additionally, Rogers-Shaw, a man, was not the speaker.

The Democratic Socialists of America (DSA) chapter of Broward County, Florida is organizing anti-police protest activity in Florida in the aftermath of George Floyd’s death in police custody, and also convened a direct action training session Wednesday on “how to manage a protest.” DSA Broward stated on Twitter, “We’ve received an overwhelmingly positive response from those who joined in demanding justice for George Floyd, Tony McDade, and countless others whose lives were destroyed by police, last Sunday. In an effort to ensure safety and solidarity 2/2 Today 7PM we’re hosting a direct action training to equip all who attend with the skills and tactics of how to manage a protest.” The RSVP Link on Google Forms does not use the DSA label, but rather the #BlackLivesMatter label.