Yes, George Soros Sent Money to Fund the Riots—and So Did Taxpayers 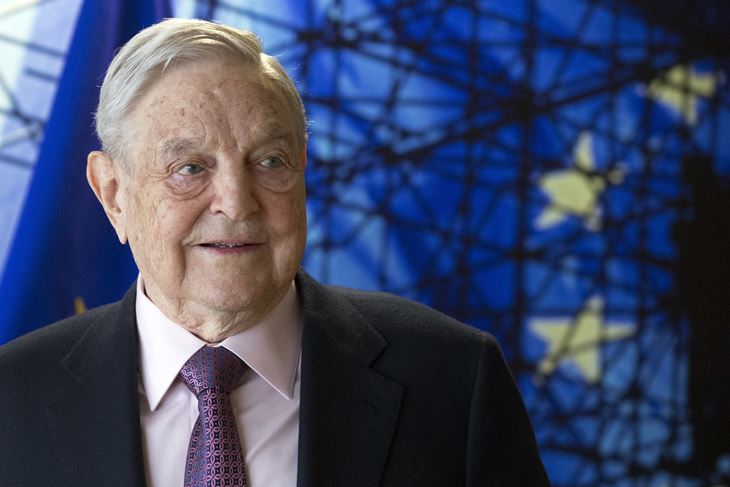 FILE – This Thursday, April 27, 2017 file photo shows George Soros, Founder and Chairman of the Open Society Foundation, before the start of a meeting at EU headquarters in Brussels. The foundation of billionaire philanthropist George Soros said Tuesday, May 15, 2018 that it is relocating its headquarters to Berlin from Budapest in the wake of what it called an “increasingly repressive” environment in Hungary. (Olivier Hoslet, EPA Pool via AP, File)

Ever since the protests turned to riots over the death of George Floyd in police custody in Minneapolis, rumors have flown that George Soros and his Open Society Foundation had to be involved. After all, OSF funded Black Lives Matter in 2015. It didn’t take long to reveal the financial ties to current riots and to show that OSF and George Soros directly support the movement today. Particularly infuriating are the taxpayer-funded grants received in conjunction with the Soros funding.

Daniel Bice of the Milwaukie Journal-Sentinel reports that a group called Freedom, Inc. has received grants from the Wisconsin Department of Justice:

The Madison-based nonprofit has advocated for the release of all African Americans from jail and the defunding of police departments. As for the current protests, the group’s leaders say “all actions against racist state violence are justified.”

“Stop murdering black people, and your glass will be safe,” Monica Adams, co-executive director for Freedom Inc., said while leading the third day of police protests in the state’s capital on Monday.

“Thank all the youth freedom fighters who were in the streets fighting (Sunday) night and Saturday night,” said Mahnker Dahnweih, community power-building coordinator for Freedom Inc. “Every action is a contribution to liberation.”

So where does a group like this get the money it needs to promote its agenda?

A lot of it comes from you.

Records show that the state has awarded contracts and grants worth $3.6 million to Freedom Inc., which advocates for minority and LGBTQ communities, over the past five years.

Bice expresses righteous outrage over a radical group using taxpayer funding to advocate for the abolition of police forces altogether, and using that money to organize riots and looting:

State Sen. Steve Nass, a Whitewater Republican, said he was concerned that state tax dollars may be going to help Freedom Inc.’s “radical” political agenda. He called on the governor and attorney general, both Democrats, to investigate.

“The taxpayers of Wisconsin should not be funding any group that supports rioting, looting and actions to terrorize citizens with street violence,” Nass said.

“Governor Evers and Attorney General Kaul have the duty to determine that the grant funds they issued to this extremist group are not being used in any way to subsidize the street violence of the last several days.”

It wasn’t just Nass, however, who was upset with Freedom Inc.’s words and actions.

John “Sly” Sylvester, a liberal radio talker for WIBA-FM (101.5), went off on Adams and her group for blocking John Nolen Drive in Madison for eight hours on Monday.

“M. Adams, who wears an ‘I hate pigs’ tee-shirt, is calling for total elimination of our police force,” Sylvester wrote on Facebook. “She also said your windows will be safe when we get our way. I am a fighter for all workers, that includes police officers.”

A dive into Freedom, Inc.’s finances also reveals a direct link to OSF. One organization that has provided grants to Freedom, Inc. is Borealis Philanthropy.

Borealis Philanthropy announced in January the creation of the Black Led Movement Fund (BLMF). The announcement states, in part:

Since launching in 2016, the BLMF has invested approximately $3 million in general operating support for organizations participating in the M4BL, leadership and organizational capacity building resources for Black-led organizations, rapid response funding to address urgent needs of Black communities, and funding for the M4BL ecosystem to support collective strategizing and power building.

During this grantmaking cycle, the Fund also awarded $60,000 in small grants to organizations doing important work in Black communities, to support them in their ongoing work.

George Soros’ Open Society Foundation features prominently among the organizers and major donors of this program. Also listed is the Tides Foundation, which created the national organization and funding mechanism around the Indivisible movement, which billed itself as the tea party of the left. They want to organize the resistance to Donald Trump using tea party tactics.

These days, it seems like if you scratch a violent radical protest group, you unearth the involvement of George Soros, merely one among a vast network of billionaire donors hell-bent on destroying America. Someone ought to write a book about that.