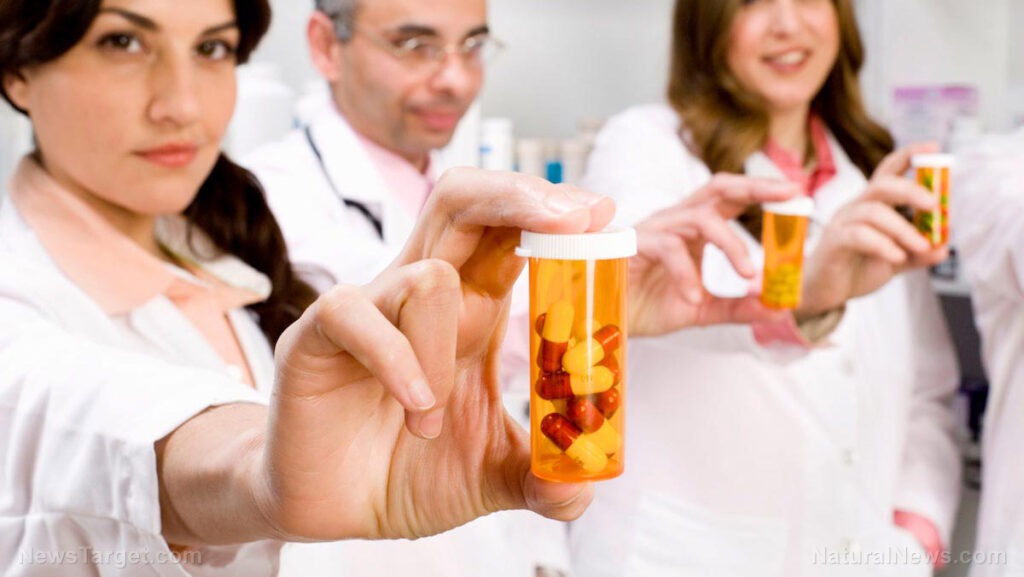 (Natural News) In the aftermath of a stunning incident in which both The Lancet and The New England Journal of Medicine (NEJM) were forced to retract a study that used laughably faked data to try to destroy the credibility of hydroxychloroquine (and get clinical trials cancelled around the world), details of a secret conversation have leaked, documenting a phone call between the editors of the journals, during which Big Pharma is described as a “criminal” enterprise that’s pushing junk science while rigging studies with altered data.

This stunning admission reveals that even the editors of “prestigious” science journals are well aware that Big Pharma is a corrupt criminal enterprise. And they know the game is rigged, the data are faked, and the medical journals are nothing more than Big Pharma puppets that parrot junk science to push high-profit prescription drugs and vaccines.

As you can hear in the audio below — French audio with English subtitles — Richard Horton, the Editor-In-Chief of The Lancet, says:

“Now we are not going to be able to, basically, if this continues, publish any more clinical research data because the pharmaceutical companies are so financially powerful today, and are able to use such methodologies, as to have us accept papers which are apparently methodologically perfect, but which, in reality, manage to conclude what they want them to conclude.”

Paraphrased, this means Big Pharma can rig any data necessary to achieve publication of junk science in the journals.

This has all come to light via an individual who participated in a “closed” phone call, and who describes what he heard, including the assertion by journal editors that Big Pharma is a “criminal” operation (which is exactly what we’ve been reporting for nearly two decades).

Via the video description:

May 24, 2020: Philippe Douste-Blazy, Cardiology MD, Former France Health Minister and 2017 candidate for Director at WHO, former Under-Secretary-General of the United Nations, reveals that in a recent 2020 Chattam House closed door meeting, both the editors of the Lancet and the New England Journal of Medicine stated their concerns about the criminal pressures of Big Pharma on their publications. Things are so bad that it is not science any longer.

Here’s the full transcript of this video segment:

Apolline de Malherbe (French broadcaster):  But it’s hard to understand why scientists would voluntarily give bias to studies

Apolline de Malherbe:   Remind us what is this all about? This is extremely interesting.

Dr. Philippe Douste-Blazy: These are meetings that are completely behind closed doors, only with experts. No one can record, no one is taking any pictures. It’s only between experts.

Dr. Philippe Douste-Blazy: Top secret. But still. there was a meeting the other day, of the directors of scientific journals, like The Lancet, The New England Journal of Medicine…

Apolline de Malherbe: The Lancet, which is that journal which published this study we are talking about…

Dr. Philippe Douste-Blazy: These are extraordinary journals. When it’s written in Lancet, it’s “written in Lancet”. So that’s why… Here, we’re talking about something very important this discussion that happened. And it ended up leaked: The Lancet’s boss, Horton, said: “Now we are not going to be able to, basically, if this continues, publish any more clinical research data, because the pharmaceutical companies are so financially powerful today and are able to use such methodologies, as to have us accept papers which are apparently methodologically perfect but which, in reality, manage to conclude what they want to conclude… This is very, very serious!

Apolline de Malherbe: But what you are telling us is very serious! That would mean that it is the pharmaceutical companies that are putting pressure on, including financial pressure, I guess on the scientific results! But you understand, who can we trust anymore today?

Dr. Philippe Douste-Blazy: Indeed, that’s why I allow myself to tell you about it, because it is one of the greatest subjects… never anyone could have believed. I have been doing research for 20 years in my life. I never thought the boss of The Lancet could say that and the boss of the New England Journal of Medicine too. He even said it was “criminal”, the word was used by them. That is, if you will, when there is an outbreak like the COVID, in reality, there are people… us, we see ‘mortality’, when you are a doctor or yourself, you see ‘suffering’. And there are people who see ‘dollars’, that’s it.

Of course, readers of this website are not surprised at all to learn the Big Pharma is rigging science papers with fabricated data to push dangerous, faulty drugs for obscene profits. That’s their entire business model, and the “science” journals are just the puppets that rubber stamp the faked science to create the illusion of scientific validity for toxic prescription medications that rarely even work.

The entire system of Big Pharma, the FDA, medical journals and so-called “science” is nothing but a pyramid of lies, an elaborate ruse to generate profits from the sales of products that harm far more people than they help.

All a grand conspiracy to murder blacks with depopulation vaccines

Much of the reason why Big Pharma and the medical journals conspired to publish fake, rigged data to destroy the evidence of hydroxychloroquine + zinc being able to save lives is because Big Pharma is gearing up to mass murder blacks with weaponized vaccines.

There exists an actual conspiracy plot to first cause millions of black Americans to be exposed to the coronavirus through the race riots, then to demand that blacks receive the vaccines first, out of a sense of “equality.” This was just announced by depopulation globalist Melinda Gates, who says “people of color” should be the first to receive the (unsafe, barely tested) vaccines.

Next, as all the black people are lined up like cattle, they will be injected with a race-specific mRNA vaccine that interferes with protein synthesis in ways that are preferentially destructive to the physiology of those of African origin. This will cause an explosion of autoimmune disorders, infertility and cancer among blacks, thus achieving the goal of depopulation and eugenics, which is the racist philosophy of mass death that underlies the vaccine industry (whose vaccines already target black babies with a 420% increased risk of autism compared to non-black babies).

This extraordinary, insidious conspiracy to exterminate black people using a plandemic, riots and vaccines is fully described in this shocking but true podcast that’s banned everywhere except Brighteon.com.

WARNING: Profanity and strongly shocking content in this podcast.