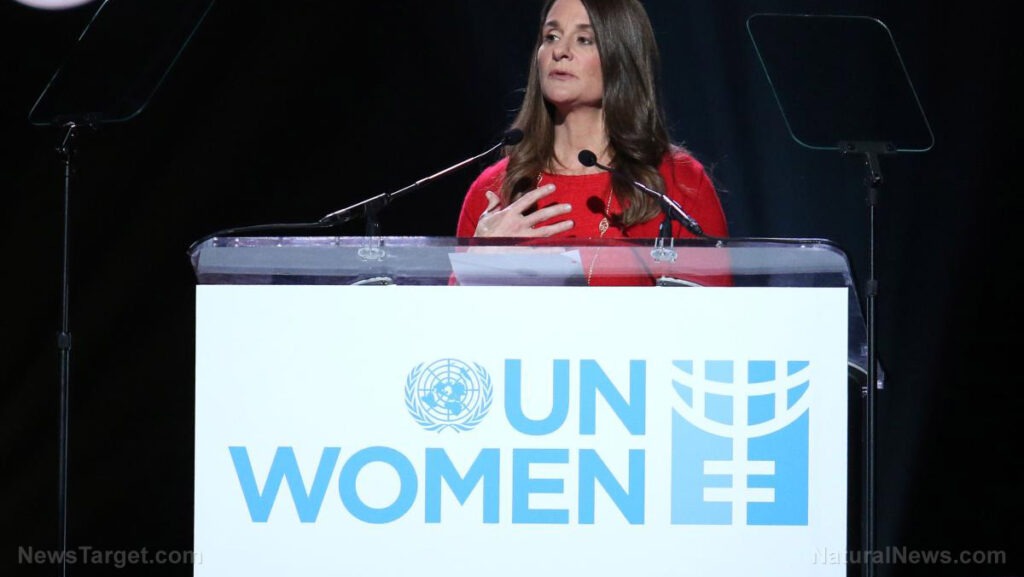 (Natural News) A friend texted me a short message this morning. “You called it!” That’s because just a few days after I said the COVID-19 vaccine would be used to target black people with a depopulation “kill switch” injection, Melinda Gates came right out and stated that the new vaccines should be administered with a priority preference for “people of color.” (See source below.)

Right from the start, it’s a bigoted assertion. If vaccines are safe and effective, then Melinda Gates is essentially saying, “white lives don’t matter.” But if vaccines are risky and dangerous — which this new covid-19 vaccine is almost certain to be — she’s essentially saying it’s okay to run medical experiments on black Americans to find out what happens.

Black people are almost always the guinea pigs for the medical experiments of the globalists, of course. You don’t even have to look very hard to see the history of government-backed Big Pharma and vaccine experiments on black soldiers, black prisoners and black civilians, both in the United States as well as across Africa.

Seeing the very same people who promote global depopulation — Bill and Melinda Gates — now suddenly urging COVID-19 vaccine “equality” efforts to make sure all the black people are vaccinated first is raising eyebrows across black America. Most notably among Nation of Islam followers who are arguably more aware than anyone else about how white, rich globalists have been waging a war of genocide against black people for at least three generations.

The clock is ticking. Black people have no more than 18 months before they will be hunted down with “contact tracing” enforcers and forcibly vaccinated with a dangerous, experimental coronavirus vaccine that bypassed nearly all the usual safety protocols typically required by the FDA.

First, they’re coming for the doctors… and then blacks

In an interview published by TIME.com, Melinda Gates says that health care workers (i.e. doctors) should all be vaccinated first. This will ensure the deaths of many doctors and nurses who would normally respond to a pandemic, making sure that the next wave of the depopulation bioweapon is highly successful.

After the doctors are vaccinated, they’re coming for the blacks next. As Melinda Gates explains, “In the U.S., that would be black people next, quite honestly, and many other people of color. They are having disproportionate effects from COVID-19.”

Remember, these are the same black people who are being openly encouraged to abandon all precautions and join the Black Lives Matter protests, so let’s drop any pretext that the “authorities” care about black people. They’re practically telling all people of color to run out and get infected as quickly as possible.

That wave of post-protest infections, of course, will justify the mass vaccination of black people in the name of “social justice.” It will all be marketed to the black community as a special bonus treatment, a kind of “black privilege” to get you infected with the vaccine ahead of whites.

The media, of course, will never tell black Americans that Bill Gates’ polio vaccines have paralyzed half a million children in India.

We’re already seeing the genocidal mainstream media rolling out an absurd propaganda campaign right now that claims covid-19 is “racist.” The disproportionate number of black deaths from covid-19 is being heavily pushed as a pretext to demand that black people get the vaccines first. What black Americans aren’t being told, of course, it that many black people will be forced to take the covid-19 vaccine against their will.

America’s inner cities will become echoes of Tuskegee as black Americans are threatened with being dragged away to FEMA quarantine camps if they don’t submit to the state’s demands that they be injected with the new experimental vaccine.

Just yesterday, I interviewed a resident of California who was stalked by a “contract tracer” who came to her house, peeked through her windows and demanded she submit to a highly invasive covid-19 contact tracing surveillance operation. She has never even been tested for, or diagnosed with, covid-19. This door-to-door surveillance operation is being beta tested in California and will soon be rolled out across the entire country. What it means is that all across the black-dominated inner cities of Chicago, Detroit, Houston, Baltimore, Atlanta and every other city, black Americans will be tracked and surveiled by vaccine-toting “health care” enforcers who will flag vaccine resisters as “dissidents” to be hauled away to FEMA quarantine camps.

Make no mistake: This is coming. This is why I’ve repeatedly urged black Americans to “know your real enemy.” It’s not the racist white cop nearly as much as it’s the genocidal white lab-coat wearing mother f##kers who run the vaccine industry and want you dead.

This is why every black American needs to own a gun, where it is legal to do so. The rich, white globalists are coming for you, and they’re on a mission of genocide. Instead of putting a knee on your neck, they’re going to put a needle in your arm, and that needle will contain specific mRNA protein synthesis instructions that will hijack your body’s cells and cause your body to declare war on itself, resulting in potentially deadly levels of inflammation and autoimmune disorders.

When the vaccine side effects roll in, the media will cover it all up. The tech giants will censor anyone who tells the truth. Black Americans will die in numbers that will dwarf all the police brutality statistics combined, and by the time the truth comes out, the vaccine industry will claim they made an honest mistake and have now “fixed the problem.” They will have complete legal immunity, too, making sure they can never be sued by the families of the victims they have destroyed.

Just yesterday, the WHO announced something that completely eliminated any rationale for vaccines

In other words, vaccines aren’t even necessary anymore, according to the WHO’s data. So why the mad rush to manufacture them and make them mandatory for “people of color” when the actual risk of asymptomatic transmission is very close to zero?

And if authorities would simply tell black Americans to take vitamin D and zinc, the number of blacks being killed by covid-19 would plummet to something approaching zero, at least for those who aren’t already suffering from chronic comorbidity factors.

The bottom line is that rich, white globalists are lining up the world for a genocidal vaccine “kill switch,” and they’ve set up the full narrative to target blacks first. They’re going to mass murder black people while pretending that “Black Lives Matter.”

And I’m a white guy revealing all this, by the way, so the media can’t easily dismiss this as merely a “black conspiracy.” Nope, it’s actually genocidal reality, and it falls in line with the whole history of efforts to cull black people through infertility chemicals, infertility vaccines, abortion clinics, wars and now vaccines.

Get the truth by reading Vaccines.news and watching videos on Brighteon.com, the free speech alternative to YouTube.