Why doesn’t Black Lives Matter focus on the weekly black-on-black massacres in Chicago? 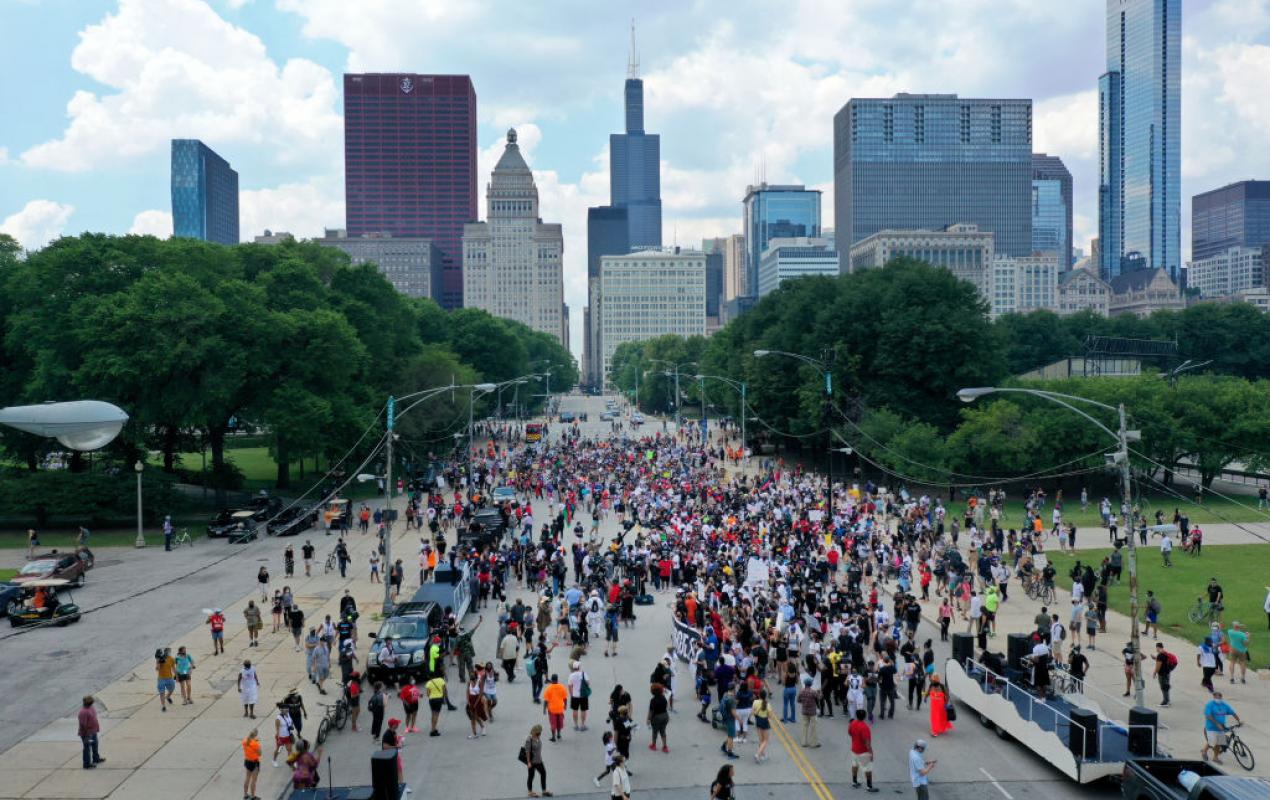 By Sophie Mann
Just the News

Chicago officials report the city’s highest number of shootings in a single weekend this year. From Friday evening to Monday morning, 102 people were shot, 14 of whom have died, five of those killed were minors.

Several teenagers died in alleys as a result of the rampant weekend violence. A toddler was killed on Saturday evening when he was struck in the back by a bullet as someone fired into his father’s car in Austin, on the West Side of the city.

Two teenage boys were sitting outside on a porch on Saturday evening when once noticed a red laser pointed at him and then gun shots began to ring out. Both were taken to Mount Sinai hospital and are in good condition.

Chicago Police Superintendent David Brown said Sunday that violent offenders should be kept in jail for longer because the home monitoring system is not working.

“Tears are a natural reaction to these tragic stories of violence,” he said. “But we need to do more than just cry. … For God’s sake, help Chicago cops protect our precious children and our families.”

Brown also said that he and Chicago Mayor Lori Lightfoot had a conversation over the weekend and that they’re “on the same page,” about the city’s violence and the absolute need for strategic change in approaching the issue.

The Father’s Day weekend numbers are up considerably from last weekend, when 31 people across the city were shot, and two killed. Though, two weekends ago, Chicago experienced its deadliest weekend in modern history, as 24 people were killed and 61 others shot.