‘Woke Corporate America’ Is ‘Our Number One Enemy’

Ann Coulter: ‘Woke Corporate America’ Is ‘Our Number One Enemy’ 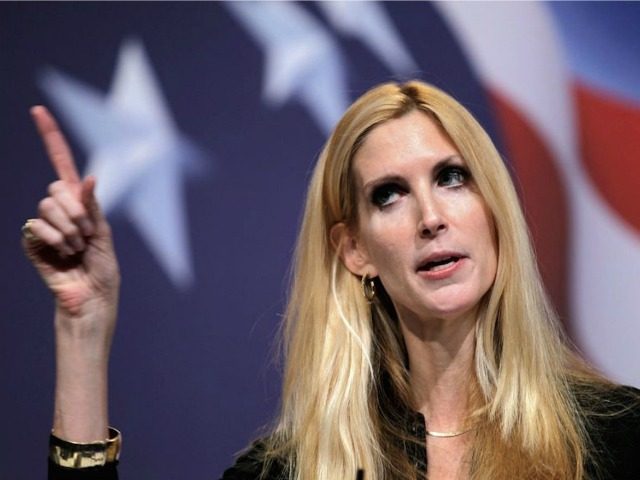 “[Republicans] suck up to the Koch brothers and Sheldon Adelson [and] woke corporate America, which is our enemy,” Coulter said. “Our number one enemy probably is not even the universities or the social justice morons running around on college campus. It really is corporate America, but Republicans just have it in their heads, ‘Ooo, it’s capitalism. We support corporations.’”

Coulter predicted an acceleration of political censorship on the Internet, including social media deplatforming and domain deregistration, as November’s elections near.

“I have been predicting for years that the Internet is too free,” Coulter said. “We can communicate with one another. We can get information that the New York Times, MSNBC, and CNN simply will not report. They’ve got to shut down the internet to conservatives, and what better time to do it than the year of Trump’s reelection.”

Coulter warned, “As the election gets closer, there are going to be more and more soldiers falling … Where are Republicans on this?”

Internet censorship is a matter of free speech and expression, Coulter held. “That’s what was so great about the internet,” she said. “Even the nutty stuff, it was the Wild West and this is the idea behind free speech, that the truth will rise.”

Coulter added, “They’re not worried about people being misinformed. Nobody gets misinformed except by MSNBC, CNN, the New York Times, ABC, CBS. What they’re worrying about is people being persuaded, and their argument is that anything they disagree with is hurtful, is hate speech, and it must be stopped.”

Democrats are courting political forces beyond their control, assessed Coulter, referring to rioters, looters, and vandals operating amid recent unrest following the death of George Floyd.

Coulter said, “You can’t call the mob off, ‘Okay, boys. It’s November 4th. We’ve defeated Trump. Now everybody settle down.’ That doesn’t happen. You’ve unleashed this beast, and there’s no one there to stop it.”