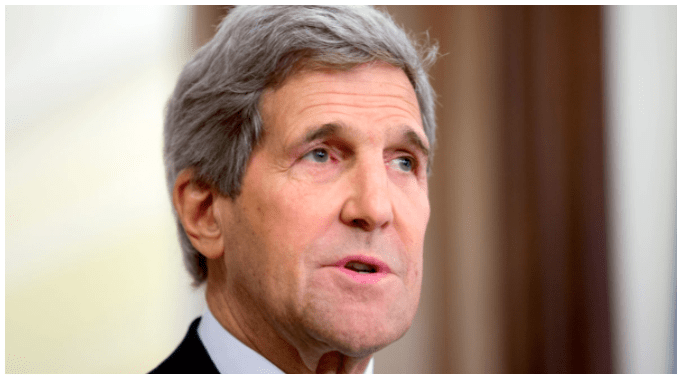 It’s clear at this point that if Trump wins, Kerry and his fellow Democrats intend to start a revolution by questioning the validity of his win.

Former Secretary of State John Kerry spoke out this week to make some disturbing comments about the election in November, going so far as to say that there will be a revolution if Trump wins.

While speaking in a panel discussion for the Alliance of Democracies, Kerry had this to say:

“If people don’t have adequate access to the ballot, I mean that’s the stuff on which revolutions are built. If you begin to deny people the capacity of your democracy to work, even the Founding Fathers wrote in the Declaration of Independence, the Constitution, we have an inherent right to challenge that. And I’m worried that increasingly, people are disaffected.”

Kerry went on to imply that this caused him to lose the 2004 election to George W. Bush, and to Al Gore’s loss in 2000 as well. Conveniently enough, he seems to only use this as an excuse in elections that Democrats lose. “We’re not meeting the standard that we ought to be meeting, so I’m deeply concerned about protecting the vote,” he said.

Though he didn’t specifically mention Republicans, Kerry claimed there was a history of “certain officials of a particular party purposefully [making] it difficult for the other party to vote where they control those matters.” Though he predicted that Trump would lose in a landslide, Kerry also warned that Republicans would “pull out every stop” in the closing weeks of the race.

Despite all of this, Kerry concluded his nonsensical rant by claiming that he is still optimistic. “I’m going to continue to believe this election will not be close, we’ll have a mandate in America,” he said. “And if it is close, we’ll just have to deal with whatever the circumstances are at that time. Hopefully, we’ve laid enough groundwork, the legal barrier, that we will be well prepared.”

It’s clear at this point that if Trump wins, Kerry and his fellow Democrats intend to start a revolution by questioning the validity of his win. It’s crucial that the rest of us not let these leftists get away with that, as it could risk destroying our great nation completely.