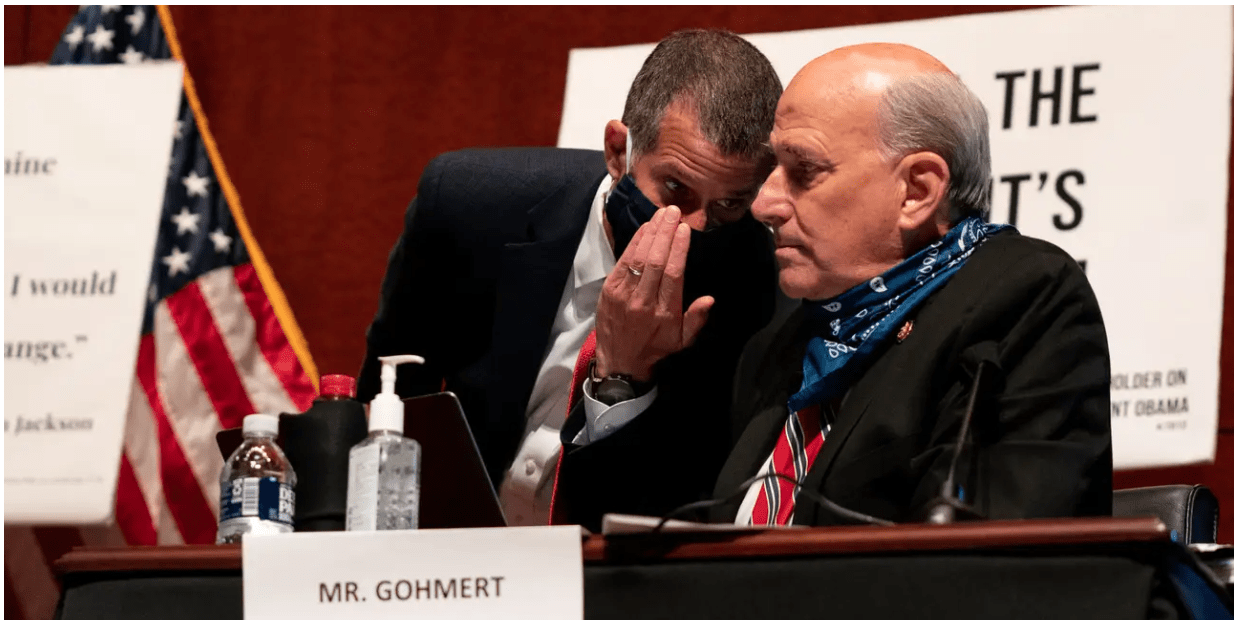 Texas Republican Rep. Louie Gohmert said on Friday that he doesn’t wear a mask on the House floor because he’s tested negative for the novel coronavirus. He said he would wear one should he test positive for it.

“I keep being tested and I don’t have it. So I’m not afraid of you, but if I get it I’ll wear a mask,” the 66-year-old lawmaker told CNN.

While masks aren’t required on the House floor, according to the Washington Post, but have been required in committee meetings, the Centers for Disease Control and Prevention have recommended the wearing of facial coverings in public settings, particularly when it is not possible to maintain a distance of six feet.

“I don’t have the coronavirus, turns out as of yesterday I’ve never had it. But if I get it, you’ll never see me without a mask,” Gohmert told CNN on Friday. Gohmert did not say when he had last been tested for the virus, CNN reported.

His comments come as the number of COVID-19 cases in Texas continue to increase.

Texas Gov. Greg Abbott on Friday, also a member of the GOP, said he reopened bars in the state too soon and ordered them to close and ordered restaurants to reduce their dine-in capacity to 50%. On Friday, Texas officials reported 5,707 new cases of COVID-19 — just shy of its all-time record 5,996 set the day prior.

While cases in New York, once an epicenter of COVID-19 in the US, have continued to decline since the end of April, cases in the US as a whole have reached record highs. According to NBC News, there were 45,942 new cases of COVID-19 reported on Friday — the largest single-day increase in the US so far.

While some, like the president and vice president, have suggested the increase in COVID-19 cases is due to the increase in testing capacity, experts have refuted these claims in hardest-hit states like Florida.

“We want the American people to understand that it’s almost inarguable that more testing is generating more cases,” Pence said Friday at a press conference where he falsely claimed the US had flattened the curve.

At the same conference, in which Pence did not wear a face mask, the vice president did not include social distancing or facial coverings when he listed ways the public could reduce the risk of transmitting COVID-19, as USA Today noted.

Deaths from the virus have not seen a similar spike, though as experts have previously warned, the COVID-19 death rate is a lagging indicator, meaning it could take two to three weeks for it to reflect new cases of the disease caused by the novel coronavirus.

As Business Insider’s Aria Bendix noted, despite the polarizing opinions from politicians Americans about the implementation of facial coverings, a growing body of research suggests that the widespread adoption of masks would be effective in enabling communities to control the spread of the virus.

Part of the polarization began earlier this year when US leaders urged against the panic buying of masks over fears it would deplete supplies for medical personnel, but since April, the Centers for Disease Control and Prevention have said that masks are a useful tool in curbing the spread.

President Trump has refused to wear a mask in public even during a tour of a factory that was producing face masks. Last month he shared a tweet that argued face masks represent “silence, slavery, and social death.”