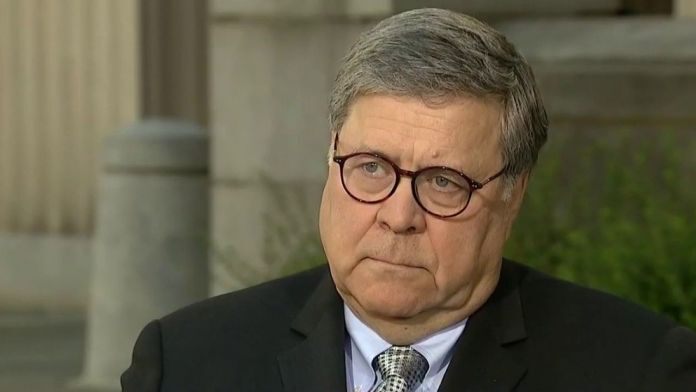 A House Democrat who’s a frequent critic of the Trump administration submitted a resolution Tuesday calling for the impeachment of Attorney General William Barr.

“Today, I introduced #HRes1032, which would authorize an impeachment inquiry into Attorney General Barr,” Cohen wrote on Twitter. “He has politicized the DOJ, undermined the rule of law, abused his power, obstructed justice & violated the first amendment. He is not fit to be Attorney General.”

Cohen specifically cited Barr’s role in Justice Department decision to change sentencing recommendations for former Trump adviser Roger Stone — who was convicted on charges of obstruction, lying to Congress and witness tampering – and Barr’s role in the removal of protesters from Lafayette Square near the White House on June 1, prior to a Trump photo op outside St. John’s Episcopal Church.

The congressman’s action came five months after House Democrats’ efforts to impeach President Trump failed when the Senate voted Feb. 5 to clear the president of two counts of wrongdoing.

It also came just days after House Speaker Nancy Pelosi dismissed any effort to impeach Barr as being ill-advised.

“At this point, let’s solve our problems by going to the polls and voting on Election Day,” Pelosi said during a Washington Post Live interview.

Last week, Justice Department spokeswoman Kerri Kupec hit back at any talk of impeaching Barr, who has led the department since February 2019 after previously serving in the post from November 1991 to January 1993 under former President George H.W. Bush.

Kupec, during an appearance on “Fox & Friends,” dismissed such efforts as “a political thing.”

“If people have a problem with Bill Barr coming back to the Department of Justice to restore one system of justice, not a two-tiered system, I think that says a lot more about the critics than it does about the attorney general,” Kupec said. “Because that is what he has done again and again.

“He approaches all cases with an open mind. He judges them according to the facts and the law without regard to political consideration,” Kupec continued. “This is what he promised to at his confirmation, this is what he has done throughout his tenure as attorney general, and that is what he will continue to do until his last day as AG.”

At least two other House Democrats have publicly advocated for impeaching Barr, according to Politico. They are U.S. Reps. Rashida Tlaib of Michigan and Bill Pascrell of New Jersey.

House Democrats previously impeached Trump last December on charges of abuse of power and obstruction of Congress in connection with a July 2019 phone call with the president of Ukraine.

Cohen has a reputation for being something of a showman in the House.

In May 2019, Cohen ate from a bucket of Kentucky Fried Chicken during a Capitol Hill hearing on the Mueller report, to suggest that Barr was “a chicken” for opting not to appear before the House judiciary panel.

Dom Calicchio is a Senior Editor at FoxNews.com.