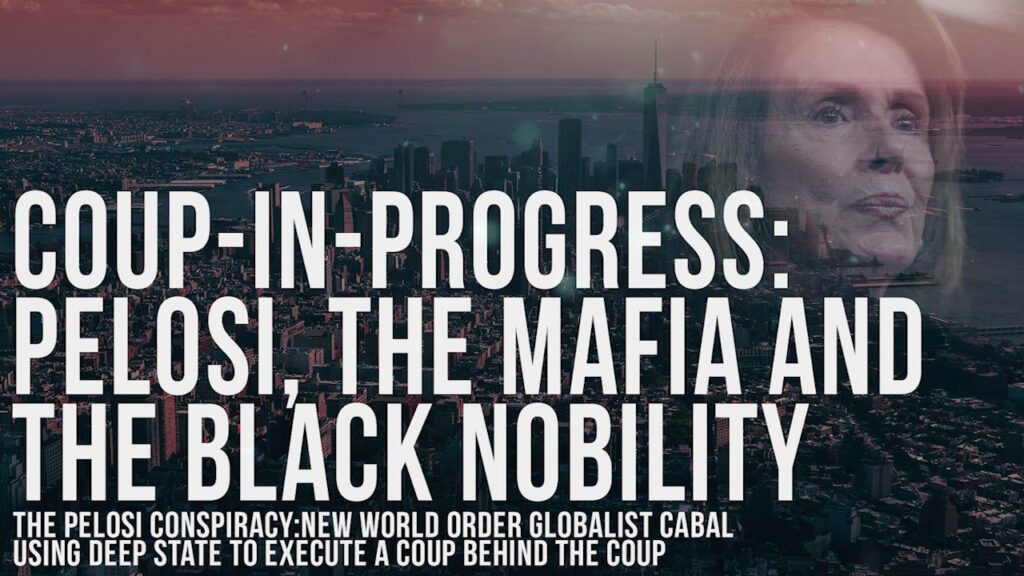 There is a treasonous plot afoot that every American must become aware of.

At the very center of this criminal conspiracy is House Speaker Nancy Pelosi.

Only by comprehending Pelosi’s well-concealed back story linked above can the true depth and breadth of this seditious scheme be properly responded to.

Pelosi was quite deliberately installed as Speaker by her hidden masters to carry out the Democrat impeachment hoax as only she can do.  Her serious character flaws, severe mental incapacities, alarming emotional outbursts, worsening speech difficulties, deteriorating psychological profile and other concerning public displays of outright dementia define her personality make-up which guaranteed her irrational fight-to-the-finish with President Trump.  And, Pelosi’s marshaling the utterly fraudulent impeachment process is a glaring demonstration of her resolve to depose Trump anyway she can. See: Pelosi’s Trump Derangement Syndrome Put on Super Steroids

Now we see that Speaker Pelosi is once again using her puppet Adam Schiff to do her dirty work.

As if Shifty Schiff has not already destroyed his credibility as no other politician in U.S. history.  Nonetheless, Pelosi has already sicced her attack dog Schiff on yet another Trump administration heavyweight.  As follows:

Now that Mike Pence is a Pelosi target, the White House is under assault like never before.  A new barrage of personal and professional attacks will surely be leveled at all things Pence.  Not only does this purposeful strategy of political destruction have multiple goals, it uses several subversive tactics which define it as a communist overthrow plot.

The Left has fully embraced Saul Alinsky’s “Rules for Radicals” in the persecution and prosecution of President Trump.  The Democrats working in collusion with the Mainstream Media have especially put into practice Rule #13 that’s posted below. 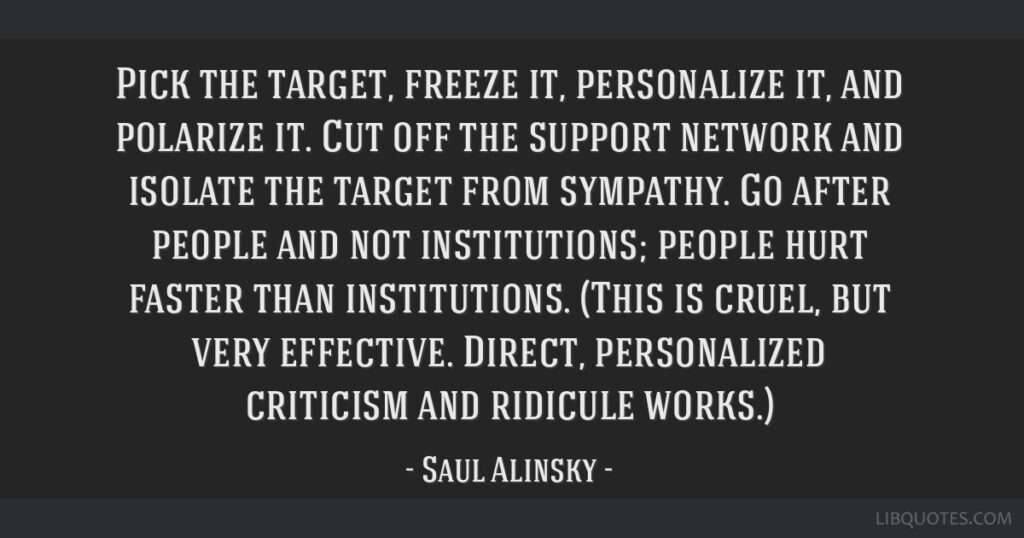 It’s of paramount importance to be aware that the Speaker of the House is third in the line of succession to the U.S. Presidency.

The Democrat Party knows that it cannot possibly win the 2020 POTUS election.  Therefore, the quasi-communist’s only path to the White House next year is by way of a soft coup.  Even a violent coup won’t work at this point since so many of the Right are onto their treasonous game.  Nevertheless, the Left is perfectly willing to start a civil war in order to violently overturn the 2016 election. See: Pelosi-Directed Coup Morphing Into Full-Blown Civil War

Moreover, Now Schiff is looking to take down Pence!  Which means the DEMs are going for broke.  They will stop at nothing to take down the entire Trump administration before Election Day.

Make no mistake about it: Nancy Pelosi is the central co-conspirator in this brazen and reckless conspiracy to execute a coup d’état IN BROAD DAYLIGHT. Why wouldn’t Nasty Nancy be the pivotal Deep State pawn willing to break any law and violate any rule when she could easily find herself POTUS by default?  Only a “Nancy the Knife”, as she is well-known in certain circles would think nothing of character assassinating her prey to their political death, yet mostly by proxy as real cowards are prone to do. 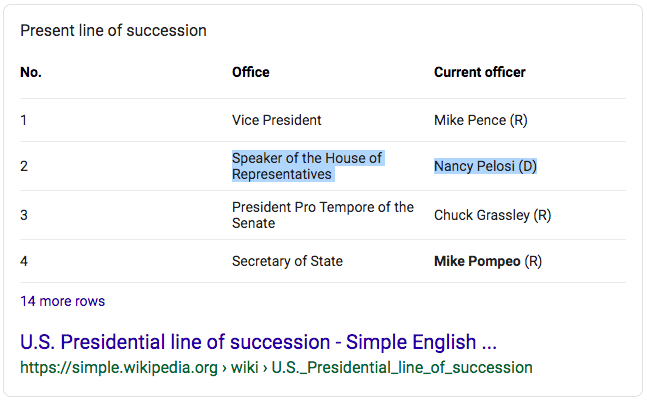 There are very good reasons why the Feminazi Mafia has the cojones (they can develop those in this LGBTQ era) to even consider such a misguided and ill-fated plot to topple Trump. See PELOSIgate: The Radioactive Scandal That Will Rock America

You see, only those closeted communists and bolsheviks, who know that they are fully protected by the New World Order globalist cabal, would ever even think about such a harebrained scheme to overthrow the POTUS and US government.  These traitors possess the hallmark chutzpah that can ONLY be acquired when you have the full support of the International Banking Cartel as described here: The Hidden Powers Behind the Destruction of America.  No one does revolutions and coups like the exceedingly subversive tribe laid bare in the preceding exposé—NO ONE!

President Trump, Vice-President Pence and the rest of Team Trump are in for a wild ride for all of 2020.

In fact, the American people are about to witness an astounding cascade of tumultuous events the likes of which have never been seen in U.S. history.

In order to better comprehend some of the other major causes of this ongoing coup, the following breakdown reveals it all.

IMPEACHMENTgate: The Deep State Coup Conspiracy and Democrat Scandal That Will Forever Destroy Their Treasonous Party

BOTTOM LINE: There’s only one solution to this rapidly intensifying constitutional crisis and complex conspiracy to commit treason: MILITARY TRIBUNALS: Why They Are Absolutely Necessary.