This black anti-BLM woman does some serious work to the unlawful mural in front of Trump Tower.

The Black Lives Matter mural in front of Trump Tower on Fifth Avenue was vandalized Saturday for the third time this week — this time by a black woman yelling, “refund the police!”

In the 3 p.m. episode, black paint was tossed on the yellow BLM mural as two officers tried to stop the woman, who wore a “Jesus Matters” T-shirt, from smearing the paint over the pavement.

“They’re liars!” the woman shouted as she kept pulling her arms away from the two cops. “They say they care about black lives, they’re saying to defund the police.”

As bystanders screamed profanities at the woman and she shouted “Refund the police!” in response, one of the officers slipped and fell in the wet paint, hurting his head and arm.

The woman continued undeterred, yelling and getting on her hands and knees to keep smearing the paint. 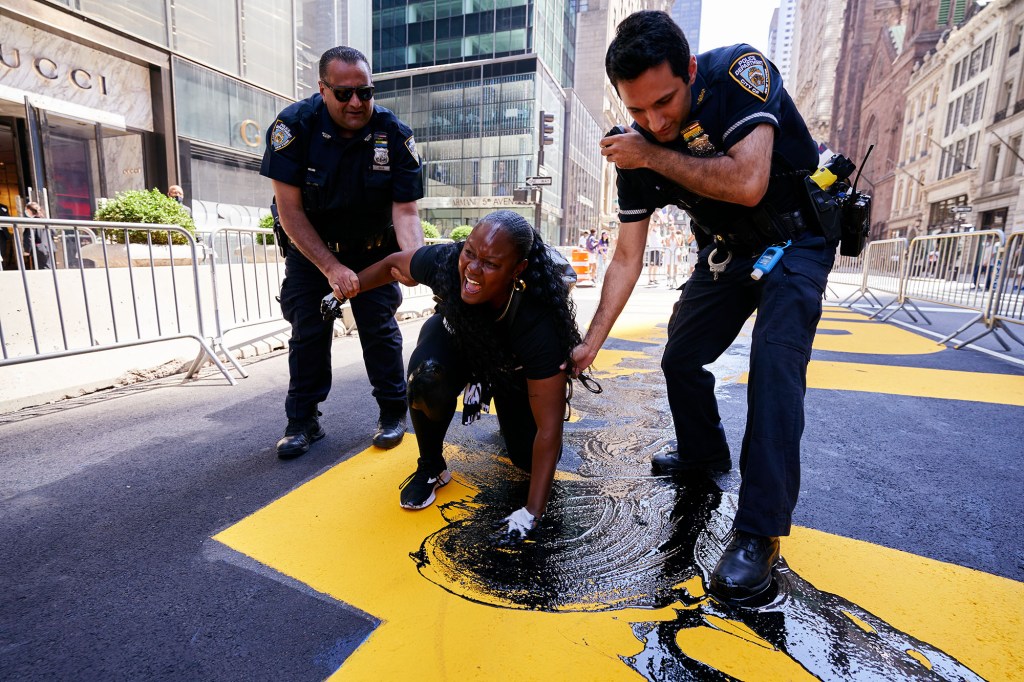 A woman defacing the Black Lives Matter mural is seen being arrested today.

“They don’t care! They don’t care about black people!” she yelled. “We’re killing each other left and right! Black Lives Matters — liars!”

Two women, ages 29 and 39, were taken into custody and are expected to be charged with criminal mischief, police said.

The injured officer was taken to Bellevue Hospital, police said.

The mural was also targeted for vandalism Friday afternoon.