Trump sending federal officers to Seattle as he should 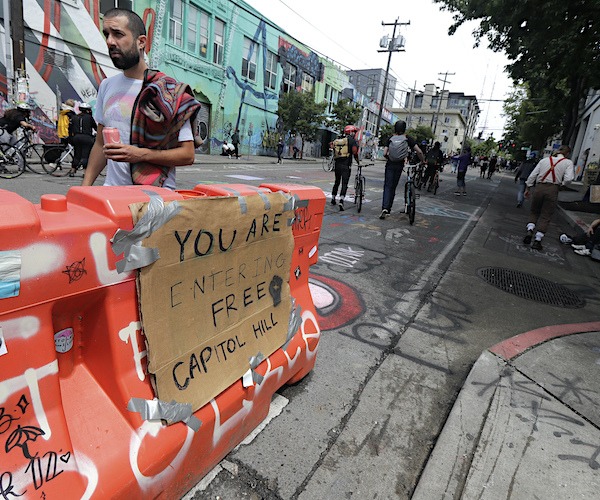 The Trump administration plans to send federal officers to Seattle to protect federal property ahead of planned protests this weekend, reports The New York Times.

The agents are similar to those seen in Portland, where the Trump administration’s efforts have attracted widespread criticism after federal agents used tear gas on Mayor Ted Wheeler and other people Wednesday night during a protest against heavy-handed police tactics and racial injustice.

Trump has had a contentious relationship with Seattle’s leaders amid the police protests, and in early July threatened to take over the protest zone on Capitol Hill once known as CHOP.

Seattle Mayor Jenny Durkan on Monday, along with five other mayors throughout the U.S., in a letter to the Department of Homeland Security and Attorney General William Barr argued the deployment of federal officers “violates fundamental constitutional practices and tenants of federalism.”

In a similar letter to Congress, Durkan and other mayors accused the federal government of sending agents to cities without attempting to coordinate with local officials.

Federal agents were stationed in Seattle earlier this month, according to the U.S. Customs and Border Protection agency, though city officials said they had no knowledge of their presence.

In Portland, camouflaged federal agents are patrolling streets and making arrests as part of their “mission” to protect federal buildings.