Why did an American fighter jet intercept an Iranian commercial airliner over Syria? Or was it Israel using the civilian aircraft as a decoy and the U.S. covered for them? 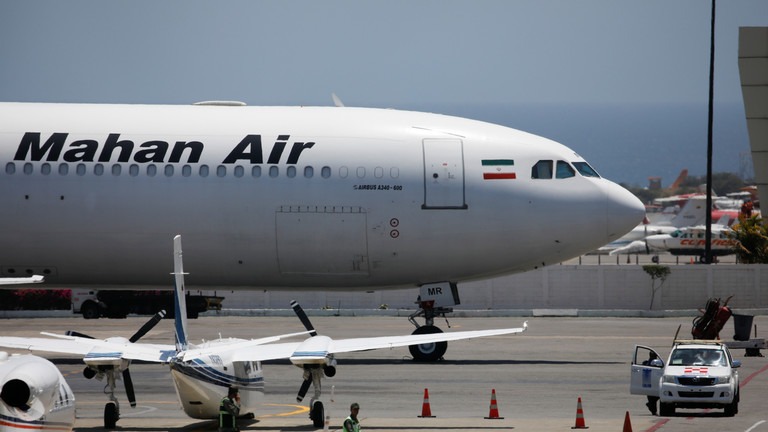 Iran is demanding that the US be held accountable for scrambling a fighter jet to shadow a packed commercial plane in Syrian airspace, calling it an act of terrorism that deserves a probe by the UN-led civil aviation authority.

Iran is demanding that the US be held accountable for scrambling a fighter jet to shadow a packed commercial plane in Syrian airspace, calling it an act of terrorism that deserves a probe by the UN-led civil aviation authority.

Minister of Roads and Urban Development Mohammad Eslami went to great lengths to condemn the mid-air incident that saw an Airbus A310, flown by the private Mahan Air, perform an emergency maneuver after a close encounter with an American F-15 fighter jet.

“How could a passenger plane flying along a commercial route according to aviation protocols be attacked and threatened by some country’s fighter jets?” he asked when talking to state news agency IRNA on Friday.

Attacking a passenger plane is a terrorist act.

The minister said five passengers received injuries as the pilot had to perform a sharp nosedive, apparently trying to avoid a collision. The ill-fated A310, which traversed through Syrian airspace when the encounter happened, eventually landed in Beirut airport where the injured received medical care.

Tehran reserves the right to “pursue legal actions” over the US’ conduct, Eslami pledged, encouraging Syrian and Lebanese authorities to follow suit.

The US Central Command insisted the F-15 pilot acted safely while conducting “a standard visual inspection” of the Iranian airplane, as Captain Bill Urban, spokesman for CENTCOM, put it in a comment for Reuters.

“The visual inspection occurred to ensure the safety of coalition personnel at Al Tanf garrison,” Urban said, referring to a US-run military base unlawfully set up on Syrian soil. He didn’t explain what danger could have been posed by a commercial plane passing tens of thousands feet above the ground.

Notably, whereas the US Central Command said one F-15 had approached the plane, Iranian media reported that two warplanes were maneuvering in close proximity to the passenger airliner.