The Advantages of Breathing vs not Breathing

What has the irrational Deep Hatred of Donald Trump been doing to Americans?

I mean you—who—dying by the thousands?

You are dying by the thousands for a reason.

This writer is now in Budapest, Hungary. There has not been a single Covid-related death in this nation for over a week.

People have been walking around for over two months without masks and eating inside restaurants. Now why is that?

Hungary is a major manufacturer of Hydroxychloroquine.
Hungary has banned the export of HCQ to many nations allied with the US Democrats active in the defaming of the U.S. President who is a proponent of these drugs.

THE CHLOROQUINE AFFAIR – How Media Brainwashes & then Politicizes Their Audiences

Israeli pharma TEVA is a major presence in Budapest.

Z-Pac has been in use since 1988 and has saved tens of millions of lives.
Both drugs are entirely safe, and have been used by hundreds of millions across the world. So what’s the story?

The Purpose? To help China cause enough mayhem and death in the West to get Donald Trump defeated 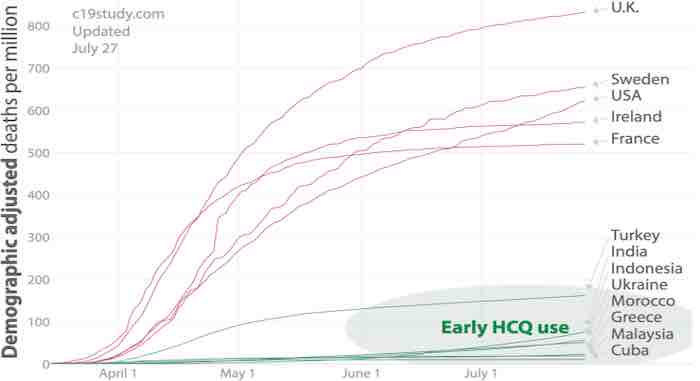 HUNGARY’S DEATH TOLL IS BELOW THE BOTTOM LINE…HUNGARY MANAGED THE VIRUS BETTER THAN ANY OTHER IN THE EUROPEAN UNION.

The Hungarian prime minister Viktor Orbán, no the leader of the free nations of Europe, and his FIDESZ Party, are Donald Trump allies.

NOW YOU KNOW THE U.S. AND WESTERN MEDIA HAVE BEEN LYING TO YOU ABOUT EVERYTHING.

YOU ALSO SHOULD KNOW HOW TO VOTE THIS COMING NOVEMBER. AND FOR WHOM.

Just in case your family’s, friends’ and associates’ lives matter as much to you as Black Lives.

On the other hand, our liberal readers may be planning to do what Democrats have been doing for decades.

Voting from the other side, if you know what I mean?