HUGE COVID SCANDAL AT THE NIH: Why has no one investigated Fauci’s boss? 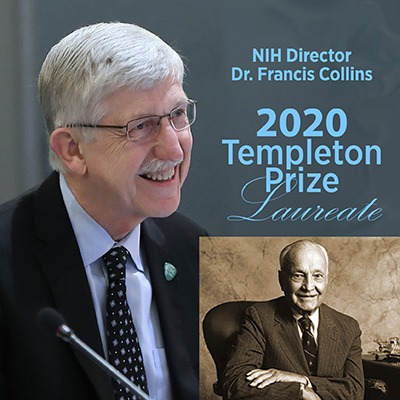 This exposé about the National Institutes of Health needs to be disseminated far and wide and as quickly as possible.  It concerns a complex psychological operation being conducted by none other than Dr. Anthony Fauci’s boss—NIH Director Francis Collins (see photo below).  The Christian churches throughout the USA must become aware of this ongoing COVID-19 psyop stealthily directed at them and their extended communities before it’s too late. 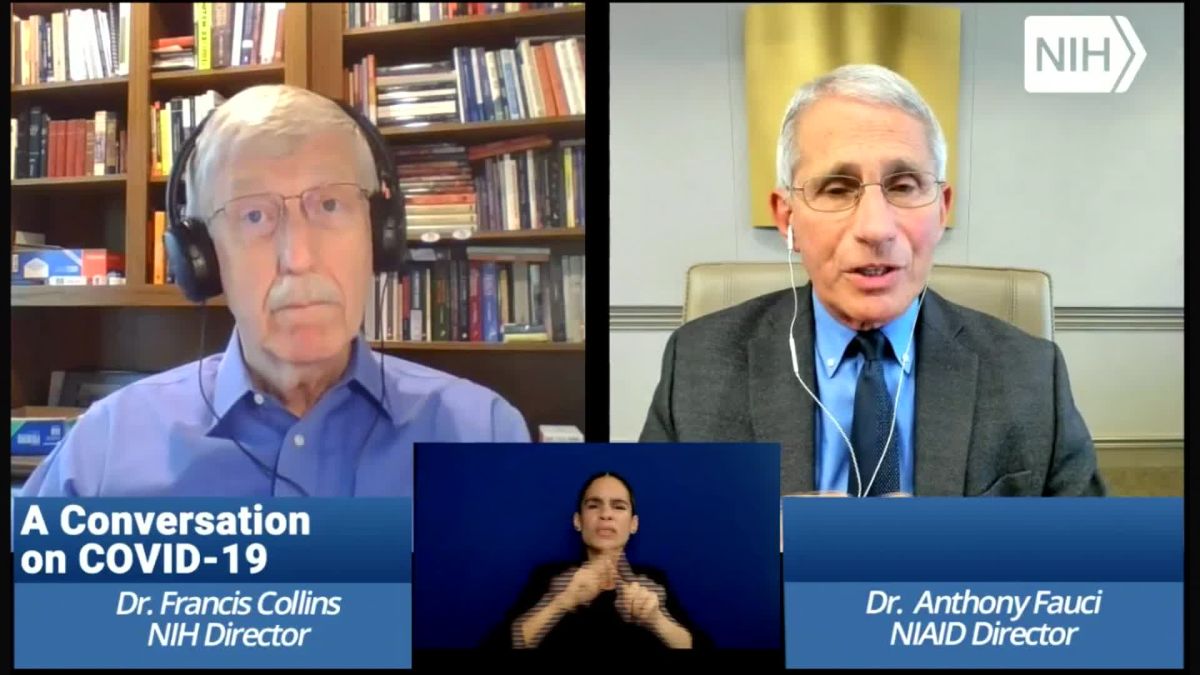 NIH Director Francis Collins, M.D., PhD is also the founder of The BioLogos Foundation, a Christian advocacy group that is pushing vaccines, mandatory masks, social distancing all the time, and
business closures via 2700+ Evangelical leaders nationwide.

This most recent piece of SOTN investigative journalism is a work-in-progress as our researchers are presently tied up with more pressing projects related to OPERATION COVID-19.

• Dr. Francis Collins, Director of the National Institutes of Health quite suspiciously received The Templeton Prize which awarded him $1.3 million on May 20, 2020.

• Since that day, Dr. Collins, who “was appointed the 16th Director of the National Institutes of Health by President Barack Obama”, has significantly intensified his highly deceptive COVID-19 outreach via The BioLogos Foundation which he founded in 2007.

• That highly dubious BioLogos missionary work focuses on debunking all the many COVID-19 conspiracy realities that have gone viral on the Internet, especially on social media.  Collins’ initiative specifically targets Christian communities across America and particularly the various Evangelical churches that are quite truth-seeking and averse to toxic vaccinations.

• The primary mission of both Dr. Collins and his minions at BioLogos appears to be selling the coming COVID-19 vaccine as a safe medical preventative measure.  Their various media presentations also vigorously promote mask wearing, social distancing all the times and mom-and-pop business shut-downs.

The key organizational co-conspirators of this psyop are the NIH, NIAID, CDC, The BioLogos Foundation and the Templeton Prize.  Of course, the key Covid plotters are Francis Collins, Tony Fauci, Bill Gates, Deborah Birx, Robert Redfield, Tedros Adhanom and many other Deep State plants who have profoundly betrayed the American people.

As always, the source of this convoluted criminal conspiracy can be traced back to the British Crown and the Financial District in the City of London.

What follows is a screenshot from Francis Collins’ Wikipedia page. 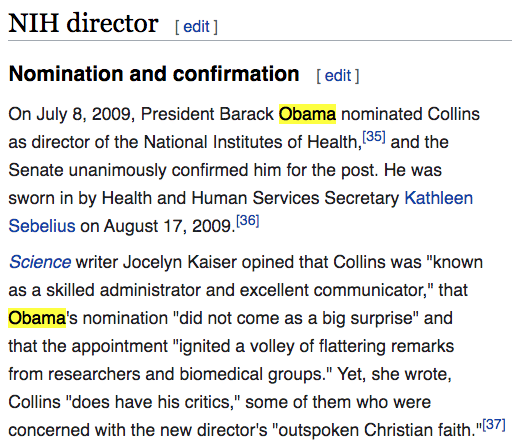 That Obama appointed an NIH Director who was well-known for his “outspoken Christian faith” is a HUGE red flag.

The Obama administration was notorious for being the most godless in U.S. history.

In point of fact, most of Obama’s top tier appointments were either famous atheists, marxists, communists or outright cynical about any type of religion.

Why, pray tell, did Obama appoint Dr. Collins as Director of the National Institute of Health?

Was OPERATION COVID-19 that well planned back in 2009?

In light of the utterly lawless and consistently corrupt Obama administration. which manifested from day one of BHO’s first term, it’s now clear that every single major appointment was cynically made to advance the agenda of Cultural Marxism.

That a staunch Christian medical doctor was installed into the extremely powerful and sensitive NIH directorship, then, speaks volumes about the intent to use Collins as a shepherd to corral the awakening Christian flock into the pen of vaccine compliance.

This covert mission appears to be the primary reason that Collins set up BioLogos in 2007.  He needed a high and ‘trusted’ platform to reach out to the Christian faithful across the USA.  And so he has, especially during these days of the Plandemic.

KEY POINT: Because one of the primary goals of the 2020 Plandemic was to establish a mandatory vaccination program nationwide, it was imperative that Christian America was sufficiently mind controlled — prior to this engineered pandemic — to willingly receive the future COVID-19 vaccine.  In this way, vaccine mandates can be more easily rolled out each and every year as other fake pandemics are manufactured and threats issued by the likes of the NIAID, CDC, WHO, Bill & Melinda Gates Foundation, etc.

Then there is the quite salient matter regarding the $1.3 million Templeton Prize that Collins received right in the middle of the unparalleled COVID-19 lockdown in May.

Obviously, anything awarded by the British financial community ALWAYS has strings attached.  And, a close look all the previous winners only confirms that fact of life. See: https://www.templetonprize.org/templeton-prize-winners-2/

British vaccine manufacturers and patent holders already have their fingerprints all over OPERATION COVID-19, so it should come as no surprise that they would attempt to control the NIH from the top down and bottom up.

For example, the British-Swedish vaccine maker AstraZeneca has been on top of the COVID-19 vaccine developmental process since the beginning of the Plandemic.

Why is the U.S. avidly promoting British vaccine manufacturer
AstraZeneca for COVID-19?

Is this really why Collins was given the curiously timed 1,300,000 million dollar Templeton Prize—to make sure the coronavirus psyop stampedes every American into accepting a Covid vaccine?

Obviously, there is a major back story here that will emerge sooner than later given that upwards of 7.8 billion people are now watching THE GREAT SCAMDEMIC.

The Executive Summary presented above will be completed shortly; however, in the interest of releasing this urgent “CHRISTIAN ALERT” we have posted the following articles that will permit any armchair investigator to piece together the entire criminal conspiratorial plot.

In the meantime, remember that Dr. Collins is Dr. Fauci’s boss at the NIH.  Hence, there can be no doubt that these two career criminals are thicker than thieves.  After all, vaccinating the global population may prove to be a trillion dollar enterprise in view of the annual vaccine that they falsely state will be necessary. 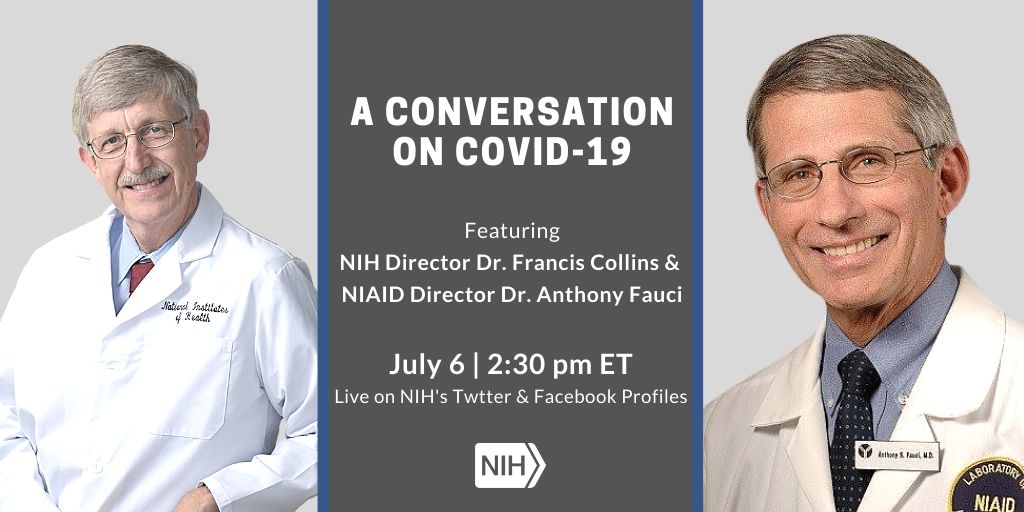