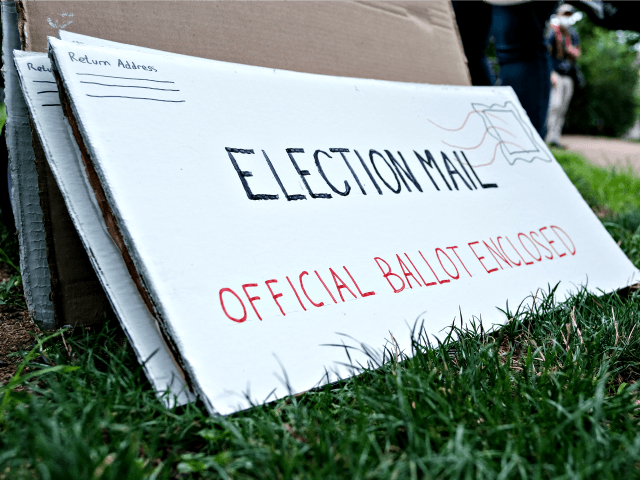 A Democrat operative is telling all about the massive voter fraud operation deployed to rig elections for Democrats through paying homeless voters off, taking advantage of the elderly, posing as registered voters, and printing up fake ballots.

An exclusive report by the New York Post‘s Jon Levine tells the stories of a Democrat operative who has personally led a staff to produce false election results via voter fraud for years now — a scheme that he suggests will be utilized in the upcoming local, state, congressional, and presidential elections on November 3:

“This is a real thing,” he said. “And there is going to be a f–king war coming November 3rd over this stuff … If they knew how the sausage was made, they could fix it.” [Emphasis added]

In one story, the operative explained how he and his staff make fake mail-in ballots by simply running ballots sent to registered voters through a copy machine. The envelopes used for the ballots, though, are much more difficult to recreate, so instead his staff goes door-to-door convincing voters to let them deliver their mail-in ballots for them.

Then, he and the staff open the envelopes by holding them over boiling water to open the seal, remove the voter’s mail-in ballot, and replace it with their fraudulent ballot before delivering them at mailboxes in multiple towns so as not to draw suspicion.

In some instances, the operative said postal workers can be in on the scheme:

“You have a postman who is a rabid anti-Trump guy and he’s working in Bedminster or some Republican stronghold … He can take those [filled-out] ballots, and knowing 95% are going to a Republican, he can just throw those in the garbage.” [Emphasis added]

Taking advantage of vulnerable voters is a vital tool for the scheme, the operative said. For example, he detailed how he and his staff have links to nursing home employees who will fill out absentee ballots for elderly residents.

In other cases, his crew pays homeless voters living in shelters about $50 to $60 to vote for Democrat candidates.

When not stuffing mail-in ballots and taking advantage of voters, the operative said he and his staff impersonate voters in person on election day. The team looks for registered voters who are not active voters and obtains their personal information to impersonate them.

The process, like printing fake mail-in ballots, is easy when there are no voter ID laws in place to prevent such fraud. The fake voters go to a designated polling place and sign the real voters’ signature as best as possible.

The fraud often reaches the highest levels of election 0fficials, according to the operative. His staff bends the corners of their ballots in a specific place to tip-off their allies in states’ Board of Elections.

The fraud operation, detailed by this particular operative, mostly dealt with cases in New York, New Jersey, and Pennsylvania, though he suggested it occurs across the nation on a large scale.

“There is no race in New Jersey — from City Council to United States Senate — that we haven’t worked on,” the operative told the New York Post. “I worked on a fire commissioner’s race in Burlington County. The smaller the race the easier it is to do.”

Such alleged fraud has come to light in recent months.

In June, a Democrat councilman and Democrat councilman-elect in Paterson, New Jersey, were charged with election fraud along with two Democrat operatives. In one instance, officials allege that one of the operatives collected unsealed mail-in ballots from voters and delivered them sealed to the Board of Elections.

Similarly, in May, a former Pennsylvania judge pleaded guilty to stuffing ballot boxes for Democrats in exchange for payments from political operatives in 2014, 2015, and 2016 primary elections.  That same month, Pennsylvania election officials admitted that duplicate mail-in ballots were sent to voters.

Nevada’s June primary shows huge issues with mail-in voting. In Las Vegas, Nevada, more than 223,000 mail-in ballots were deemed “undeliverable” in the election — about 17 percent of the total number of mail-in ballots sent out to voters, unsolicited.

Federal election data reveals that since 2012, about 28.4 million mail-in ballots have gone missing in each of the last four election cycles. According to Pew Research Center analysis, there are potentially 24 million ineligible or inaccurate voter registrations on state voter rolls.

Recent data has not shown a compelling public health justification for mail-in voting. In Wisconsin’s April election, only 52 of more than 400,000 voters and poll workers were confirmed to have contracted the Chinese coronavirus. None of those cases were fatal. This equals an infection rate below two-hundredths of one percent.