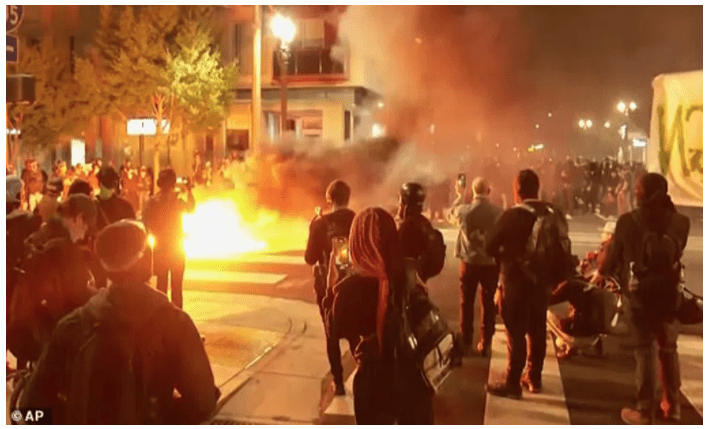 “It was critical to secure the area to allow firefighters to respond to this dangerous situation,” police said

Portland Police declared a riot on Monday after roughly hundreds of protesters marched on Mayor Ted Wheeler’s residence at a condominium tower to demand his resignation, according to reports.

The crowd of about 200 were there to mockingly celebrate the mayor’s birthday before the demonstration quickly turned destructive and an “arson fire” was reported, police said.

Protesters lit a fire in the street, as some danced to the “Macarena,” according to Allison Mechanic, a reporter for KATU News who posted the video on Twitter. Others placed a picnic table from a nearby business above the fire to feed the blaze.