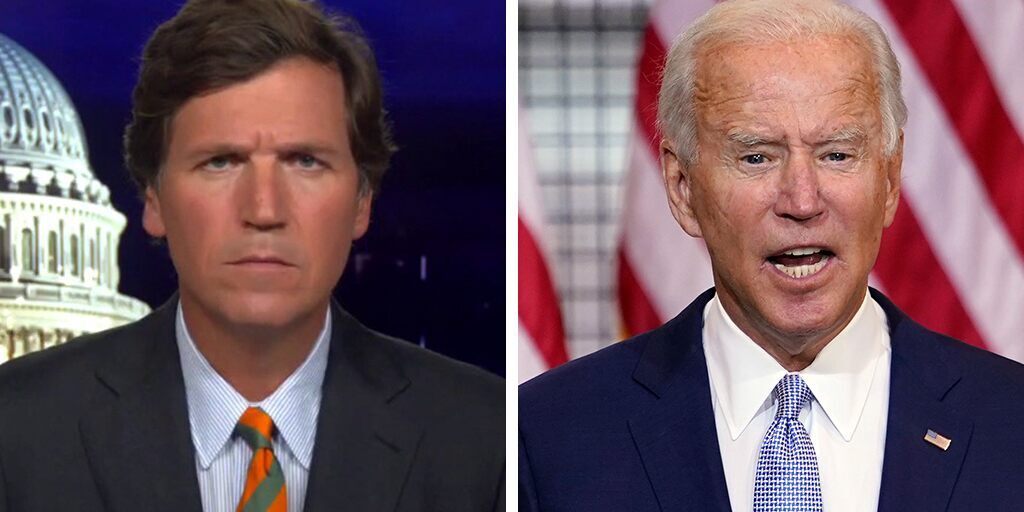 ‘The official message of the Biden campaign: If you dare reelect Donald Trump, prepare for more rioting’

Democrat Joe Biden delivered what “may have been the most thoroughly dishonest speech ever given by a major presidential candidate” in Pittsburgh Monday, Fox News host Tucker Carlson argued.

“Virtually every word of it was the opposite of the truth,” the “Tucker Carlson Tonight” host told viewers. “It was literally beyond belief.”

In his remarks, the former vice president condemned violent activities, but accused Trump of “stroking” violence in U.S. cities.

“This president long ago forfeited any moral leadership in this country,” Biden said. “He can’t stop the violence because for years he has fomented it … fires are burning and we have a president who fans the flames rather than fighting the flames.”

Carlson added that Biden’s speech did include one truthful line, when the Democratic nominee asked, “Does anyone believe there’ll be less violence in America if Donald Trump is elected?”

“It wasn’t a mistake … It’s not a line he just blurted out,” Carlson said. “That line was in Biden’s prepared remarks. His campaign tweeted it out later. They were proud of it.

“This is the official message of the Biden campaign: If you dare reelect Donald Trump, prepare for more rioting.”