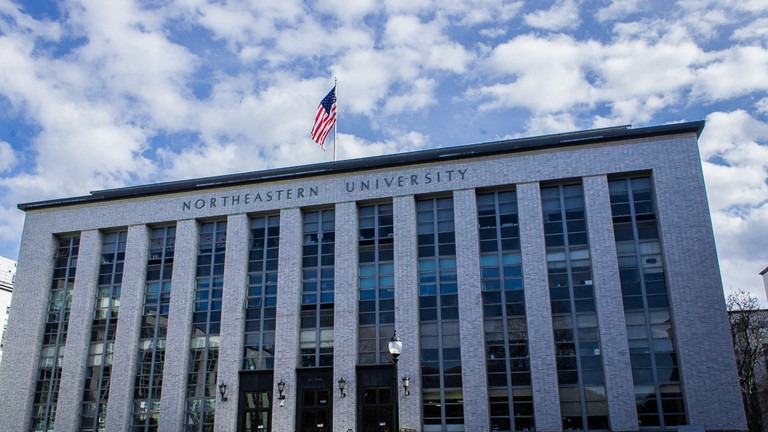 Boston’s Northeastern University has dismissed 11 students, kicking them off campus and pocketing their $36,534 tuition checks. Coronavirus has blurred the distinction between higher education and highway robbery even further.

The students were enrolled in Northeastern University’s Nu.in program, which usually places students abroad for their first semester. However, coronavirus restrictions saw the students confined to Boston this year, and put up in the city’s Westin Hotel. Tuition remained at a pricey $36,534, even though the hotel’s “socially distanced” student center was a far cry from the foreign campus experience in Ireland they were promised.

However, that experience was cut short and all 11 were dismissed on Friday with no refund, after they were caught gathering together in one of the hotel rooms in breach of the university’s coronavirus rules. “Students who attend an unsafe gathering, social or party, either on or off-campus, can expect suspension,” student affairs vice-chancellor Madeleine Eastbrook wrote in a letter to students.

The students will get a chance to appeal their dismissal, but for now their academic adventure has arrived at a premature end. The university has nothing to worry about though, as it’s pocketed a tidy profit of $400,000 from them.

Trying so strong-arm teenagers into isolation is not just difficult. It’s also cruel, and denies them the opportunity to connect with each other at a time when they’re just savoring their first taste of freedom. Students hang out, party, hook up, and build lasting friendships during this time, and attempting to quash that is undeniably mean-spirited.

But Northeastern is not the only university making tyrannical demands of its students. Michigan’s Albion College is requiring incoming students to install a tracking app on their phones that will alert college authorities if they try to leave campus. Additionally, students will have to submit to regular coronavirus testing, will only be allowed to visit a list of “approved businesses,” and will be required to submit an application to leave campus five days before doing so, and even then only in the case of a medical, religious, or family appointment.

Albion will suspend any student caught breaking the rules, though the fate of their tuition fees is unclear. Similar regimes have been reported in colleges nationwide, with some encouraging students to rat out their partygoing peers, and others threatening rule-breakers with expulsion.

Punishing students for being students should be considered a crime against youth and vitality, especially when adults on campus aren’t held to the same standards. In Albion, for example, faculty are free to come and go, while students remain on campus-arrest.

At least students in these institutions can actually go to college though. Far more universities are offering distance learning this semester, and charging exorbitant rates for the virtual experience. Harvard University’s Faculty of Arts and Sciences, for example, is holding “all course instruction”online this semester, and still charging students $26,984 for the privilege of sitting through Zoom lectures.

Harvard is one of many offering such a raw deal, with Johns Hopkins University and Princeton University among hundreds of colleges switching to virtual lessons this semester. Students in both of these institutions will get only a ten percent discount off their regular fees.

Paying the equivalent of a modest salary to look at a laptop screen at home is daylight robbery. Allowing teenagers to come to campus before stealing their tuition when they behave like teenagers is daylight robbery. Higher education costs have already spiralled out of control in the US, rising 25 percent in the last decade. Coronavirus restrictions only make the robbery more galling.

And it’s not like these institutions are short on money. While the switchover to distance learning will drive some smaller universities into debt, Harvard, Yale, Princeton, the University of Texas, and Stanford University all have endowments of over $27 billion. These are just the top five in a list of more than 60 universities with endowments of over a billion dollars.

For those who have already paid tuition, it is likely too late now to ask for a refund. For those who feel bilked, lawsuits may now be the only recourse.