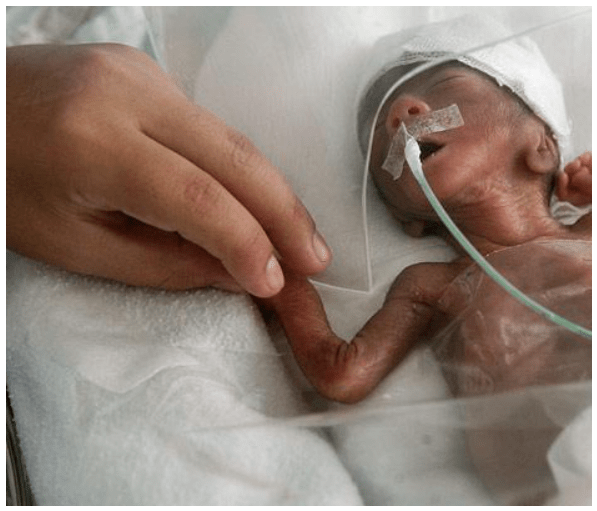 A shocking 19 states do not require any protection for babies born alive after botched abortions, a new report by Americans United for Life revealed this week.

Some of the states never passed laws prohibiting infanticide for babies who survive abortions, while at least one other, New York, recently repealed its law requiring basic medical care for abortion survivors.

The report comes as debates about late-term abortions and infanticide reach a boiling point in America. Right now, pro-abortion Democrats are blocking bills in the U.S. House and Senate to protect newborns from infanticide. The Born Alive Abortion Survivors Protection Act would require that babies born alive after failed abortions receive the same basic medical treatment as any other baby born at that gestational age.

This week, Americans Unite for Life, a pro-life legal group, reported that 31 states require some form of legal protection for babies born alive in abortions. Of those, four states — Iowa, Minnesota, North Dakota and Wyoming – require medical care only if the baby is past the stage of viability (about 22 weeks), according to the report.

This means that 19 states – nearly half the country – basically allow infanticide. They are:

SIGN THE PETITION: Stop Infanticide! Stop Abortions Up to Birth!

Several of the states on the list are considering bills that would legalize abortion for basically any reason up to birth this winter. They include Vermont, New Mexico, Massachusetts and Rhode Island. New York already passed a radical pro-abortion law, allowing abortions for basically any reason up to birth and infanticide for abortion survivors. Gov. Andrew Cuomo celebrated it by lighting up state landmarks in pink.

New attention was drawn to the plight of abortion survivors late last month when Virginia Gov. Ralph Northam said only a woman and her doctor should be allowed to decide whether the infant receives medical care. He also defended a bill in the Virginia legislature that would have legalized abortions up to birth – even if there are no risks to a woman’s physical health. The bill later was defeated in committee.

Later Northam doubled down on his support for infanticide via a spokesman, who essentially said the governor was talking about cases with disabled babies. Then the governor said he had no apologies for promoting infanticide.

No one knows exactly how many babies survive abortions. The U.S. government does not keep detailed statistics about abortion, but data from other countries provide clues. In 2018, for example, the Canadian Institute of Health Information reported 766 late-term, live-birth abortions over a five-year period. In Western Australia, at least 27 babies survived abortions between 1999 and 2016, according to the state’s health minister.

Last week, several known abortion survivors, Melissa Ohden, Josiah Presley and Claire Culwell shared their stories on Fox News to draw attention to the violent injustice of abortion and the value of every human life. They urged Congress to pass a law requiring abortionists to provide basic medical care to babies who are born alive in botched abortions.