CONFIRMED: Bill Gates Guilty of Practicing Medicine Without a License, And His Crime Spree Continues Unabated 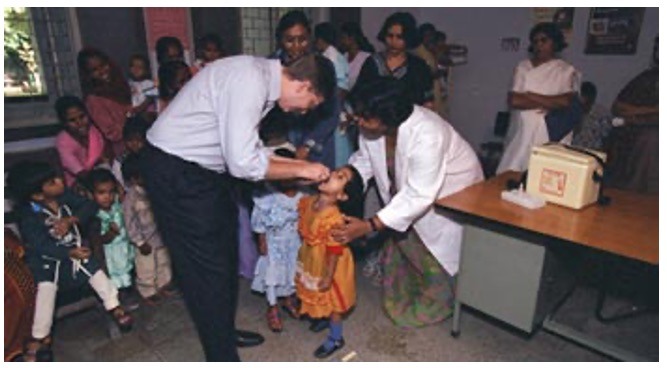 I have just filed a complaint for UPM against Bill and Melinda Gates in California.  I’ll file one in Washington State next.
*
Looking at this bit about a guy being prosecuted for UPM in California who only practiced gene therapy on HIMSELF (although he also gave recommendations on his website) is certainly a motivator.  And this guy has a Ph.D. in biophysics.  How can they ignore Gates?
*
I invite everyone to file this complaint in your own state or any other state you have time to do!  Let’s go all out and get this monster enjoined and prosecuted.  You do not have to have been a patient to complain, at least not in California (and I think Washington, too), so probably that is the case everywhere.  The medical commissions in these states have an online form you just fill out.  The document below may be used as an attachment to their form.
*
And you don’t need to prove Gates has personally even been in the state, because of his pervasive presence on the web.  You can either use the complaint I drafted and making edits appropriate to the state you’re filing in, or modify it and submit it under your own name.
*
Sunny

DETAILS OF COMPLAINT TO CALIFORNIA MEDICAL BOARD

William Henry (“Bill”) Gates, III, and his wife Melinda Gates have both engaged in the unauthorized practice of medicine in countries around the world and every state in the United States.  My complaint requests investigation and prosecution of both individuals, who own two homes in California[1].  This is a public emergency requiring immediate action by the commission.

Neither Bill nor Melinda Gates has a license to practice medicine.  Bill Gates does not have even a college degree.  Melinda’s degree is in computer science and economics.  Neither has the barest credential in biology or health care.  Yet on a continuous basis, for over 20 years, both have posed as experts, prescribing, overseeing, and administering medical treatment (including gene therapy) and drugs–particularly vaccines–to millions of people around the world.

Gates applies pressure to the baby’s head with his right hand while squeezing a liquid substance into the infant’s mouth.  This is assault and battery.

There are hundreds of thousands of instances of serious health problems, including deaths, stemming from vaccines Bill and Melinda Gates and the entities they control or fund have promoted, which—as they knew–were not adequately tested (if they were tested at all) for safety to human health before being forced on an unsuspecting public.  The vaccines contain contaminants, mercury-containing adjuvants like thimerosal[2], aborted fetal tissue[3], and often sterilizing factors.

A petition was filed with the White House[4] in April 2020, at last count signed by over 600,000 people, asking Bill Gates to be prosecuted for crimes against humanity.  Robert F. Kennedy, Jr., is among those accusing Gates of such crimes.  His statement, from his Facebook page, is as follows:

Vaccines, for Bill Gates, are a strategic philanthropy that feed his many vaccine-related businesses (including Microsoft’s ambition to control a global vac ID enterprise) and give him dictatorial control over global health policy—the spear tip of corporate neoimperialism.