Florida Governor Cracks Down on Democrat-run Cities Defunding the Police, No State Grants or Aid 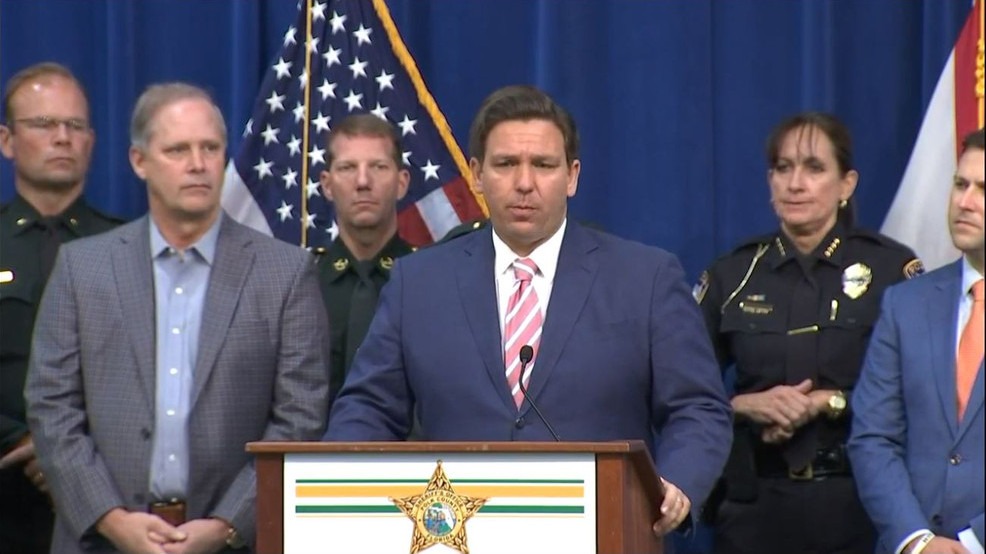 DeSantis stood with leaders at the Polk County Sheriff’s Office to announce the Combatting Violence Disorder and Looting and Law Enforcement Protection Act.

“If you throw a brick and hit a police officer, you’re going to jail,” DeSantis said Monday.

The proposal calls for enhanced penalties for rioters who assault police and civilians, mandatory minimum sentences of six months in jail, prohibitions against destroying public property and the harassment of innocent people, and the use of RICO liabilities for anyone who organizes or funds violent assemblies.

Another key component is a move to stop communities from ‘defunding’ the police.

DeSantis said the proposal will be the focus of the next legislative session.

On Monday, the U.S. Department of Justice declared Portland, Seattle, and New York as jurisdictions permitting violence. According to KATU, the Department of Justice made note that Portland had more than 100 consecutive nights of protests “marred by vandalism, chaos, and even killing.” The declaration puts federal funding to those cities under review