Really, why is a Canadian woman sending ricin poison to President Trump just before the election? 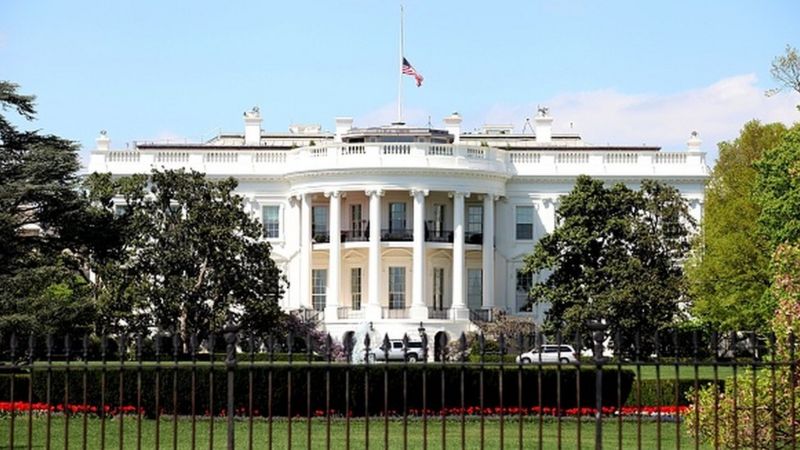 GETTY IMAGES –
The letter was intercepted by law enforcement before it reached the White House, officials said

A woman has been arrested on suspicion of sending a package containing ricin poison to US President Donald Trump, according to US immigration officials.

The unnamed woman was found at a border crossing in Buffalo, New York, as she tried to enter the US from Canada, and was reportedly carrying a gun.

The letter containing the deadly poison is believed to have come from Canada, according to investigators there.

The letter was discovered last week before it could reach the White House.

Ricin, a poison found naturally in castor beans, has been used in other attempted attacks against the White House in recent years.

The Trump administration is yet to comment on the reports.

The Federal Bureau of Investigation (FBI) and the Secret Service are investigating the package, which was discovered at a processing facility for mail sent to the White House.

“At this time, there is no known threat to public safety,” the FBI told CNN on Saturday.

The suspect may have also sent ricin to five addresses in Texas, including a jail and a sheriff’s office, according to police.

The presence of ricin was confirmed after several tests by the FBI, authorities said.

The Royal Canadian Mounted Police (RCMP) said on Saturday it was working with the FBI to investigate the “suspicious letter sent to the White House”.

A spokesman for the Mission, Texas, police department told the Associated Press on Monday an envelope was in the care of local officials and no one had been hurt.

Another Texas Sheriff, Eddie Guerra in Hidalgo County, also confirmed envelopes with ricin were posted to staff there, but reported no injuries.

The RCMP division in Quebec is leading a search of a residence in the Montreal suburb of St-Hubert, which authorities said on Monday is linked to the suspect.

Their chemicals and explosives team is on site, along with local police and fire units.

The suspect is due to appear in court on Tuesday in Buffalo.

Ricin is a lethal substance that, if swallowed, inhaled or injected, can cause nausea, vomiting, internal bleeding and ultimately organ failure.

No known antidote exists for ricin. If a person is exposed to ricin, death can take place within 36 to 72 hours, depending on the dose received, according to the US Centers for Disease Control and Prevention (CDC). 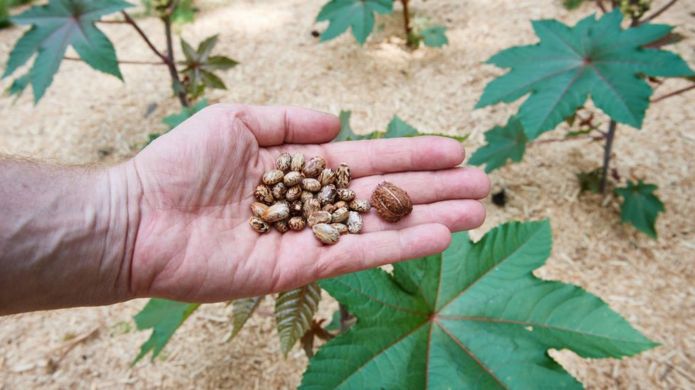 GETTY IMAGES –
Castor seeds, which are used to make the deadly ricin poison

The CDC said the poison – which has been used in terror plots – can be manufactured into a weapon in the form of a powder, mist or pellet.

The White House and other federal buildings have been the target of ricin packages in the past.

In 2014, a Mississippi man was sentenced to 25 years in prison for sending letters dusted with ricin to former President Barack Obama and other officials.

Four years later, in 2018, a former Navy veteran was charged with sending toxic letters to the Pentagon and White House.