“Just when I thought the danger was over — it wasn’t,” the observatory’s executive director said. 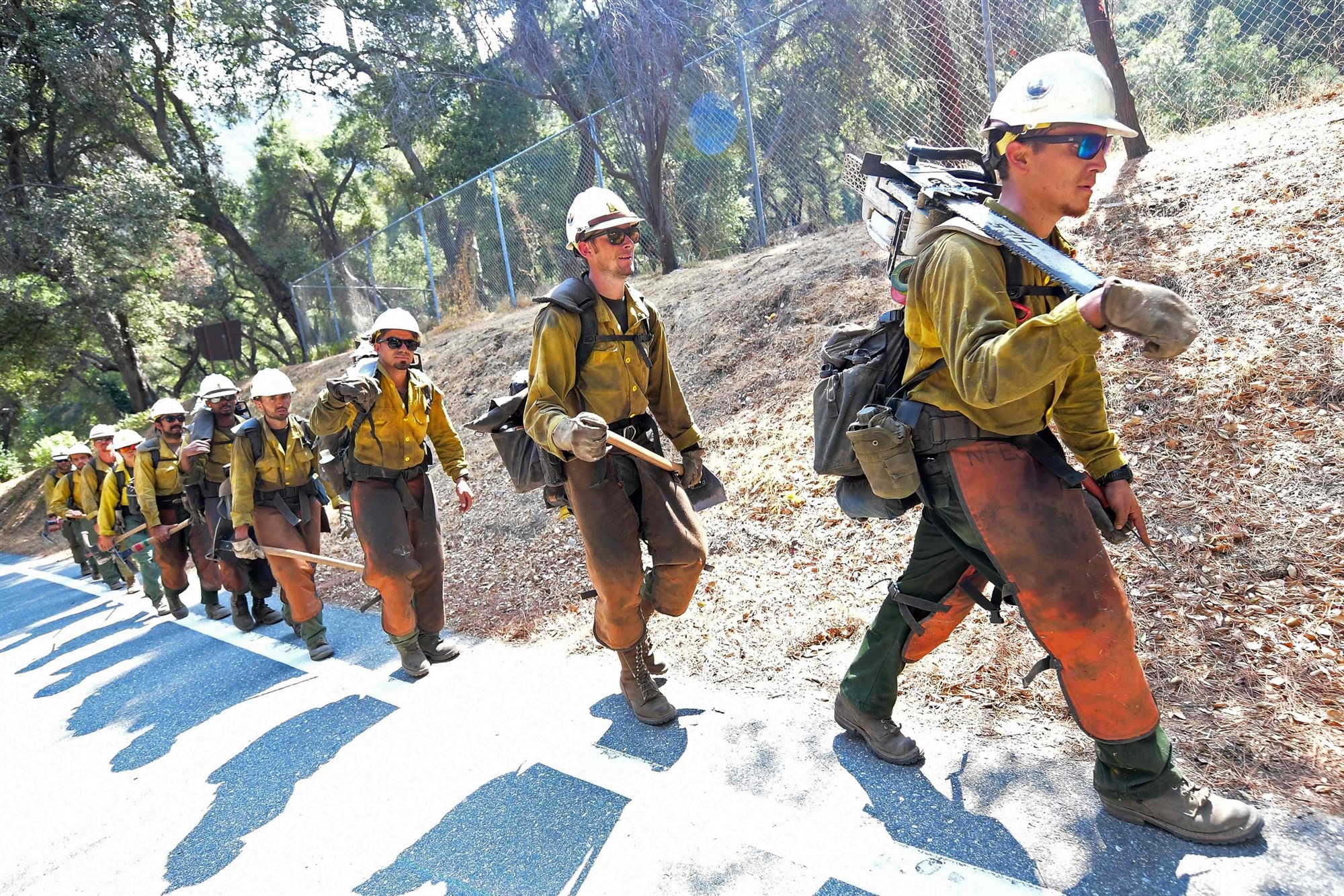 Dozens of firefighters were battling small blazes that flared up overnight around a historic observatory in Southern California on Monday as the state approached nearly 4 million acres burned in a record wildfire season.

A spokesman for the team responding to the Bobcat Fire, Larry Smith, said adverse winds overnight whipped up the fires days after the blaze came within 500 feet of Mount Wilson Observatory in the San Gabriel Mountains.

Thomas Meneghini, Mount Wilson Observatory’s executive director, told the Los Angeles Times on Monday: “Just when I thought the danger was over — it wasn’t.”

Smith said the observatory wasn’t threatened, but the flare-ups pointed to the difficulties firefighters have faced containing a blaze that expanded by 6,000 acres overnight.

The fire — ignited on Sept. 6 and fueled by triple-digit heat, changing winds and dry brush — had burned through more than 105,000 acres north of Los Angeles by Monday afternoon. It was 15 percent contained, according to the fire-reporting site InciWeb.

About 4,000 people remained under evacuation orders in the region, Smith said, and the Los Angeles County Sheriff’s Office issued a slate of new evacuation warnings Monday.

In a letter Friday, the chairman of Mount Wilson’s board of trustees, Sam Hale, said firefighters had declared the facility safe after an “extremely stressful week.”

“It was a real nail biter right to the end,” he said.

The firefighters used “strategic firing” — backfires that act as barriers against advancing flames — to protect the observatory, which was founded in 1904 and is home to some of the most important astronomical discoveries of the 20th century.

“We owe our very existence to the firefighters on the ground and the helicopter pilots,” Hale said. “They are our heroes.”

Hale said staff members hadn’t returned to the observatory, so it wasn’t clear what structures were damaged. The facility tweeted Monday that hot spots were still burning around part of a containment line but that the observatory was safe.

Angeles National Forest, where the blaze is burning, said Monday that a firefighting aircraft was briefly grounded after a drone was spotted flying in the area.

The Bobcat Fire is one of 27 major fires burning around the state during what Gov. Gavin Newsom described Monday as a historic wildfire season. Nearly 8,000 fires have burned 3.6 million acres — a massive increase over the same time last year, when 157,000 acres had burned in just over 5,000 fires.

Experts and officials have attributed the spike to climate change and a build-up of dry and dead vegetation in the state’s forests. Five of the 10 largest wildfires in state history have ignited this year, including the giant August Complex, a series of fires that have scorched more than 846,000 acres across two remote counties in the northwestern part of the state.

Twenty-six people have died this year. Fifteen were killed in the same county where the state’s deadliest wildfire on record, the Paradise Fire, left 85 people dead in 2018.