The entire fake Russiagate scandal was hatched within hours of Clinton’s epic defeat by Campaign Chairman John Podesta and Campaign Manager Robby Mook, Clinton was investigated by the US Intel for smearing Trump with false Russia accusations

On September 7, 2016, US intelligence officials forwarded an investigative referral to former FBI officials James Comey and Peter Strzok concerning allegations that Hillary Clinton approved a plan to smear then-candidate Donald Trump by tying him to Russian President Vladimir Putin and Russian hackers, according to information given to Sen. Lindsey Graham by the Director of National Intelligence.

Read the letter from DNI Director John Ratcliffe to Lindsey Graham below:

In 2017, it was claimed that the “blame Russia” plan was hatched “within twenty-four hours” of Clinton losing the election – while the US intelligence investigation predates that by several months. 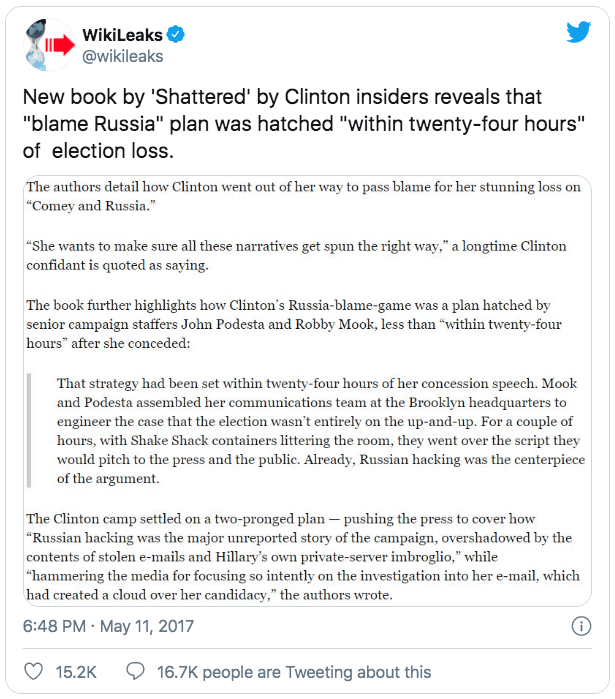