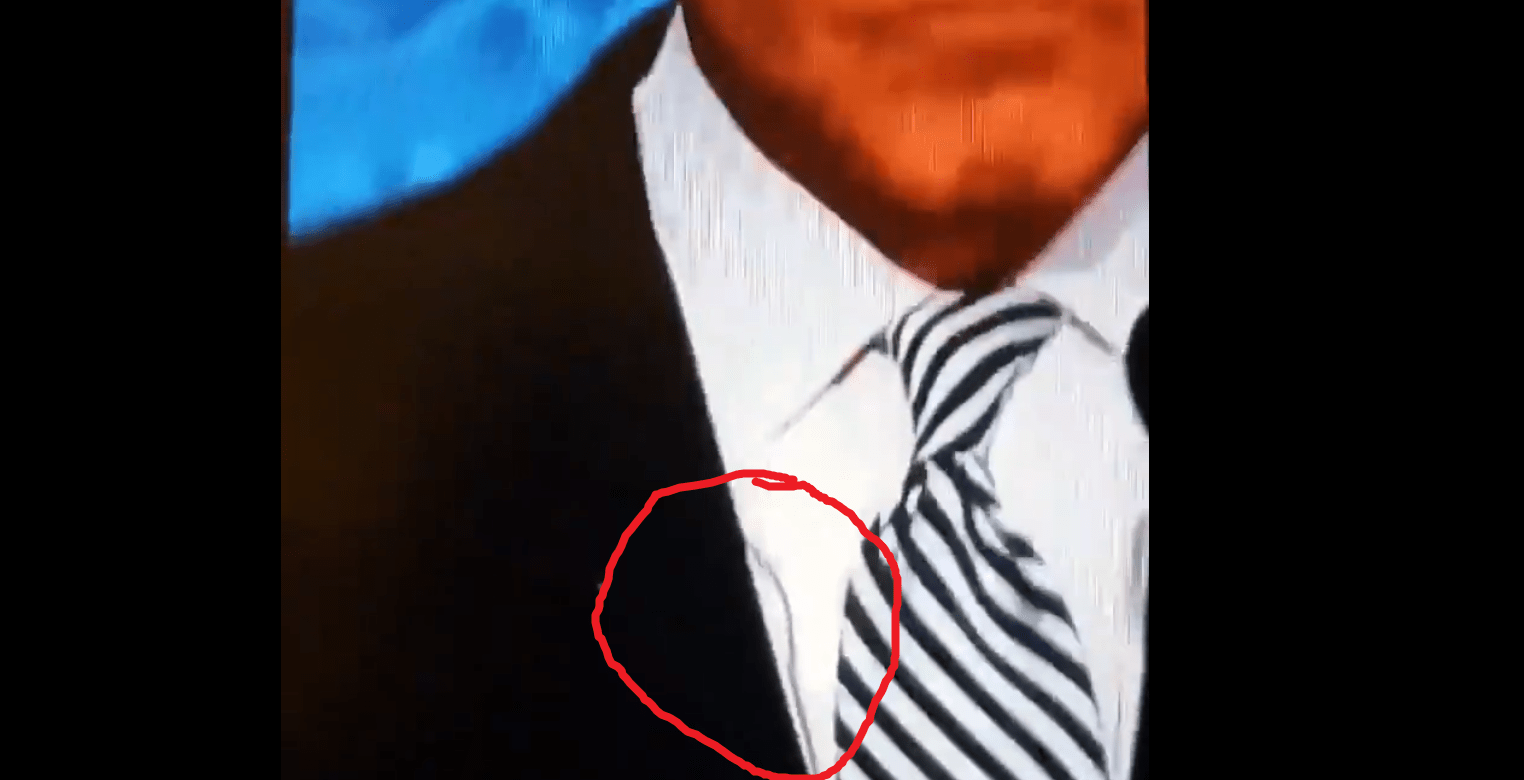 (Natural News) Video capture shots from last night’s debate between Trump and Biden clearly show Joe Biden wearing wired electronic devices, in violation of debate rules. The appearance of a wire under his jacket was abundantly obvious for a few seconds, as he tried to tuck the wire back into a hidden location (see video shots below).

The use of electronics confirms that Joe Biden’s performance was dishonestly augmented by off-camera controllers who were likely speaking to him through a hidden earpiece.

Before the debate, the Joe Biden’s team refused to allow a third party inspection of Biden’s ears for electronic devices, contradicting their earlier promise that Biden would agree to be inspected before the debate.

At one point in the debate, Joe Biden reached into his jacket using his left hand and appeared to be adjusting the volume of a wireless receiver or something similar. As he removed his hand, a black wire clearly emerged from under his suit jacket:

Watch this short video to see it very clearly:

A video posted on Brighteon.com shows the same wire, clear as day:

Another controversy erupted over what looks like a small microphone under the shirt sleeve of Biden’s left arm, but this could be easily explained away as a bracelet of some kind. And why would Biden need to be wearing a microphone?

Some people believe this video shows Biden telling his off-camera handling team, “Good luck” before answering the question from Wallace:

While the “microphone” may not be convincing, the chest-height wire under Biden’s jacket is rather obvious. The fake news media is currently trying to gaslight everybody into thinking it’s a “shadow,” but that’s no shadow. It’s a wire. If Trump were wearing the same thing, the media would instantly accuse him of wearing an electronic device.

If Biden was receiving assistance or instructions from his off-camera team, that would make him a cheat, which is entirely consistent with his dishonest denials that his son, Hunter Biden, received $3.5 million from Moscow.

Hillary Clinton cheated in the 2016 debates by having CNN give her the questions in advance. All Democrats are cheaters. They are trying to cheat their way to the White House through rigged debates, rigged mail-in ballots and rigged online speech (where all pro-Trump voices are blacklisted and de-platformed).

Democrats even cheated by illegally spying on Trump and then concocting a false “Russia” conspiracy to try to have him thrown out of office. We now know, thanks to newly-declassified documents from the Director of National Intelligence (DNI), that Hillary Clinton masterminded the entire affair.

Because, of course, Hillary Clinton is a cheat too, just like Biden.

Read more news about Joe Biden trying to cheat his way to the White House at JoeBiden.news