Here’s how the MSM is inflaming racial tensions to trigger a nationwide race war.

Protesters March Against Decision Not To Charge Officer In Wauwatosa, Wis., Death 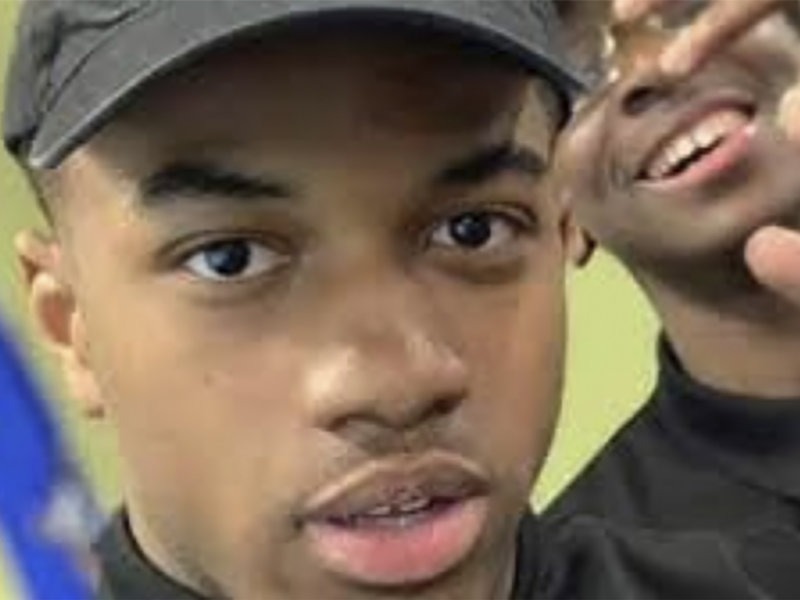 This undated family photo provided by Taleavia Cole shows her brother Alvin Cole, left. Wauwatosa, Wis., Police Officer Joseph Mensah shot and killed the 17-year-old outside a mall in February, 2020 after receiving a call of a man with a gun in the mall. In a report released Wednesday Oct. 7, 2020, an independent investigator recommended officials in the Milwaukee suburb fire Mensah, who has shot and killed three people in the last five years. (Taleavia Cole via AP)

Demonstrators marched in Wauwatosa, Wis., Wednesday night to protest the decision not to charge a police officer in the killing of a Black 17-year-old youth in February.

Milwaukee County District Attorney John Chisholm said Wauwatosa Police Officer Joseph Mensah acted in self-defense by shooting Alvin Cole after police responded to a disturbance at a shopping mall. In a 14-page letter addressed to Wauwatosa Police Chief Barry Weber, Chisholm presented details of the investigation into the incident and the reasons for his decision not to charge Mensah.

Chisholm said the investigation found that Cole had a stolen 9mm pistol which he displayed at the Mayfair Mall during an argument with another person. Chisholm said when police arrived and encountered Cole in the parking lot, he ran from officers, discharged the gun, refused to surrender it and was then fired on by Mensah.

“In this case,” concluded Chisholm, “there is sufficient evidence that Officer Mensah had an actual subjective belief that deadly force was necessary and that belief was objectively reasonable. I do not believe that the State could disprove self-defense or defense of others in this case and therefore could not meet the burden required to charge Officer Mensah.”

In addition to Chisholm’s report, an independent investigator, former U.S. Attorney Steven Biskupic, recommended that Mensah — who also is Black — be fired. The Milwaukee Journal Sentinel reports that Cole was the third person shot and killed by Mensah in the line of duty since 2015. The two earlier shootings were also found to be in self-defense and the officer was not disciplined.

Biskupic wrote that keeping Mensah on the force “creates an extraordinary, unwarranted and unnecessary risk to the Wauwatosa Police Department and the City of Wauwatosa.”

That recommendation was harshly criticized by the state’s largest police union. “To use something that hasn’t occurred, a fourth shooting, as a basis for terminating Officer Mensah now is ridiculous,” said Jim Palmer, executive director of the Wisconsin Professional Police Association, according to The Milwaukee Journal Sentinal.

Protesters surrounded the Milwaukee County Public Safety Building while Cole’s attorney and family members met with Chisholm, according to The Associated Press.

Wisconsin Gov. Tony Evers announced during the day on Wednesday that he had activated the National Guard as a precaution to assist law enforcement in the event of demonstrations over the decision not to charge Mensah in Cole’s death. The city of Wauwatosa, a Milwaukee suburb with about 48,000 residents, enacted a 7 p.m. to 6 a.m. curfew through Monday.

“What started as a protest has become a large disturbance of public order that has caused property damage, and is threatening to cause injury to persons,” Wauwatosa police said in a statement.

“While not all members of the group intend harm,” it said, “everyone must disperse immediately.”