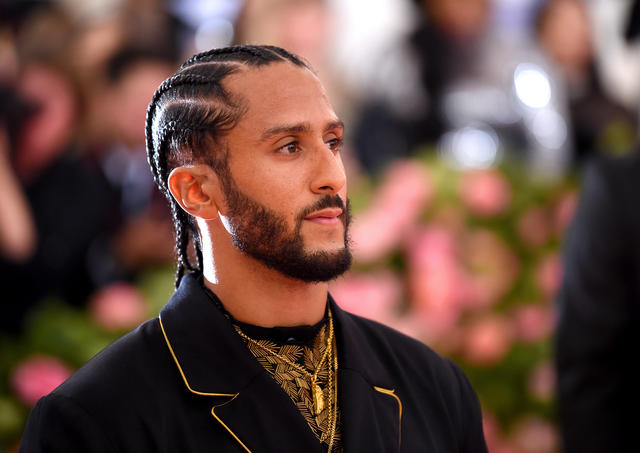 Colin Kaepernick said he wants to abolish police and prisons in a new essay published on Medium this week. In the piece, the free agent NFL quarterback looks back at the 2016 decision to kneel during the national anthem at the time, in protest of racial injustice and police brutality.

As part of his new publishing series, “Abolition For The People” on the online platform, Kaepernick said Tuesday that the problem with policing in the U.S. is not “bad apples,” but “interlocking systems that are rotten to their core.” The activist proposed it needs a complete overhaul.

“Despite the steady cascade of anti-Black violence across this country, I am hopeful we can build a future that imagines justice differently,” he said. “A future without the terror of policing and prisons. A future that prioritizes harm reduction, redemption, and public well-being in order to create a more just and humane world.”

Kaepernick labeled the police actions that led to the deaths of several Black people — including Eric Garner, Tamir Rice and Kathyrn Johnston — as “acts of terror.” He wrote policing in the U.S. is rooted in “white supremacy” and “anti-Blackness,” and in his view, the only way to get rid of anti-Blackness is to abolish police.

“The ever-present threat of premature death at the hands, knees, chokeholds, tasers, and guns of law enforcement has only further engrained its anti-Black foundation into the institutions of policing,” he said, adding, “… to eradicate anti-Blackness, we must also abolish the police. The abolition of one without the other is impossible.”

In a section titled “F*ck reform,” Kaepernick remembered being asked about not standing during the national anthem in 2016 and listed police brutality as one of the reasons why he was doing it. He said it wasn’t right that “cops are getting paid leave for killing people.” His desire for accountability focused on individual cops, but as Kaepernick argued, “it will never alter the outcome of a system rooted in Black death.”

He also took aim at reforms that are typically implemented or recommended following the killings of Black people, which don’t stop the issue altogether, according to Kaepernick.

“Yet, the reforms often proposed — use-of-force policies, body cameras, more training, and police accountability — were the same recycled police reforms consistently proposed in the past. And in both the past and the present, these reforms have done nothing to stop the actions that force us to #SayTheirNames,” he said.

He also alleged prison reforms such as new jail construction to address crowding, dehumanizing living conditions and technological monitoring won’t “eliminate the harm of the carceral state.” He said they’re tied to “increased investment of capital into the carceral state.”

Kaepernick expressed optimism at the prospect of dismantling policing and prisons as currently built, while making way for investments in other vehicles for the well-being of people in need.

“By abolishing policing and prisons, not only can we eliminate white supremacist establishments, but we can create space for budgets to be reinvested directly into communities to address mental health needs, homelessness and houselessness, access to education, and job creation as well as community-based methods of accountability. This is a future that centers the needs of the people, a future that will make us safer, healthier, and truly free.”

The former 49ers quarterback, who remains unsigned, recently called to abolish police after the grand jury in the Breonna Taylor case didn’t indict any police officer in her killing. He also ripped the NFL’s social justice initiatives as “propaganda.”