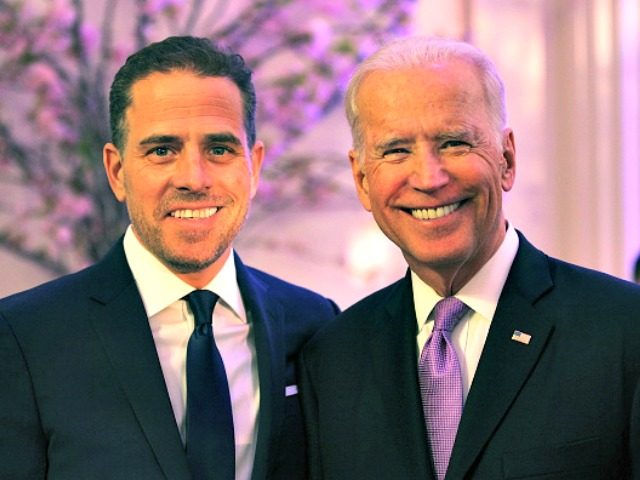 Bobulinski, the recipient of one of the emails retrieved from Hunter Biden’s laptop, went public on Wednesday night with a statement saying he confirms its authenticity and detailed how former Vice President Joe Biden — the Democrat nominee for president in this year’s election, which is just over 10 days away — was personally involved in many dealings with his son’s business associates.

Documents that Bobulinski provided to Senators have begun appearing in public, and have been obtained by a number of media outlets including Breitbart News.

In them, text messages, emails, and other documents illustrate a larger picture of concern regarding the Biden family’s operating procedures, and deep connections that Joe Biden himself has to all of this.

“Don’t mention Joe being involved, it’s only when u are face to face,” Biden family associate James Gilliar—the head of J2cR—says in one WhatsApp text message that Bobulinski provided to the Senate committees. “I know u know that but they are paranoid.”

Other text messages reveal details about the negotiations between Chinese officials and the Biden family. In one 2017 text message, Hunter Biden himself says that a Chinese investor intended to become partners with him in order to “be partners with the Bidens.”

Senate officials confirmed to Fox News and other outlets that Bobulinski is cooperating with them.

All of the documents that Bobulinski provided to the Senate investigators have also been provided to media outlets including Breitbart News.

Bobulinski’s statement and cooperation with Senate investigators seems to have blown the scandal wide open, as Sen. Josh Hawley (R-MO) noted on Thursday morning that the Senate Judiciary Committee voted to subpoena Twitter and Facebook over the tech companies’ move to censor the original New York Post story that first revealed emails from Hunter Biden’s laptop. Hawley said that the committee did not have enough GOP support even 24 hours ago for subpoenas of Twitter and Facebook, and that everything seems to have changed in the last day.

This is a developing story. More is forthcoming.