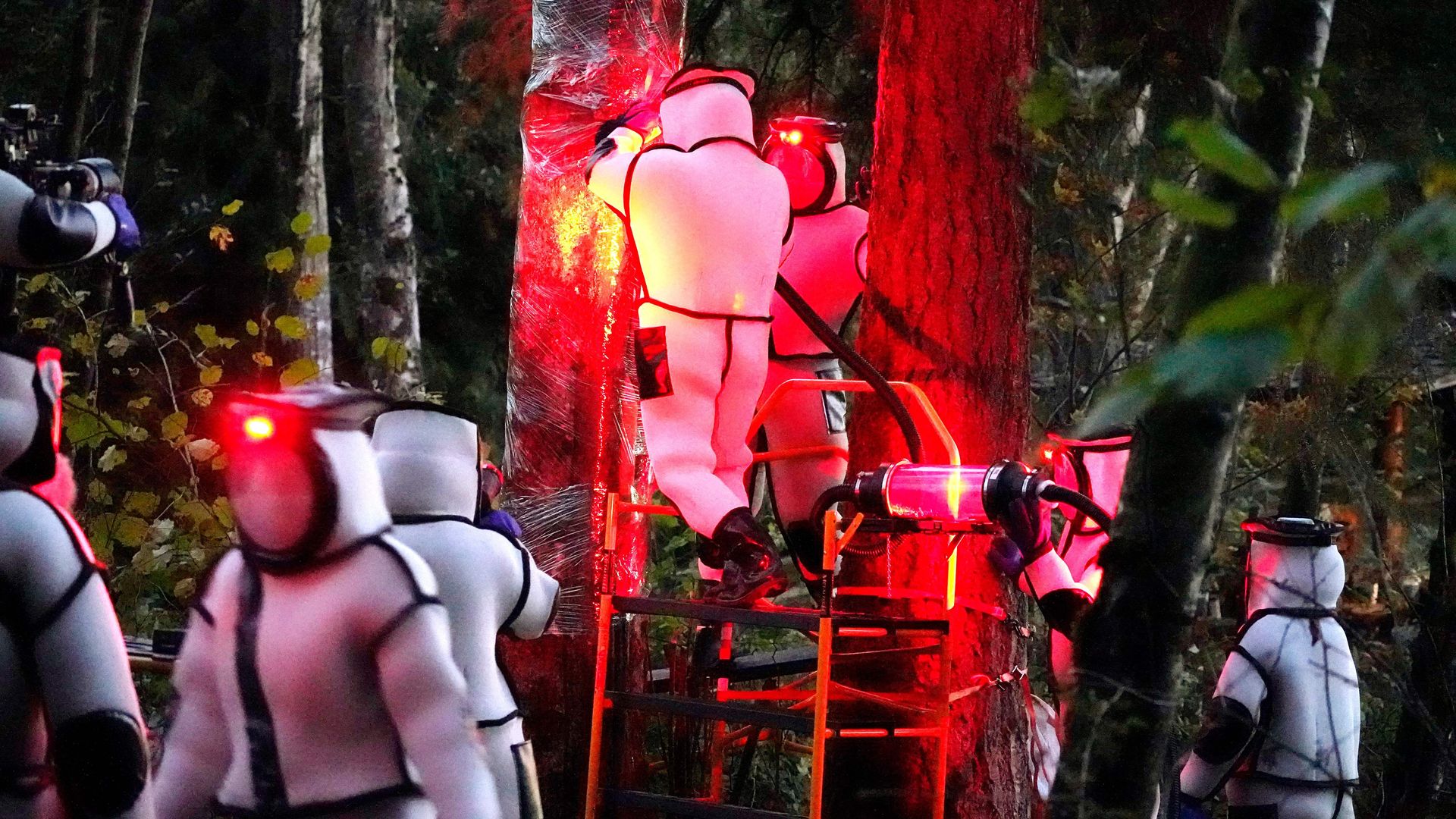 Heavily protected crews on Saturday dismantled the first Asian giant hornet nest found in the U.S., the Washington State Department of Agriculture (WSDA) confirmed in a statement declaring: “Got ’em.”

The big picture: The invasive species commonly referred to as the “murder hornet,” typically doesn’t harm humans unless provoked, though it has been known to kill people in Japan. The insect poses a major threat to local honeybee populations. But the WSDA said in a statement that the nest removal “appears to have been successful.”