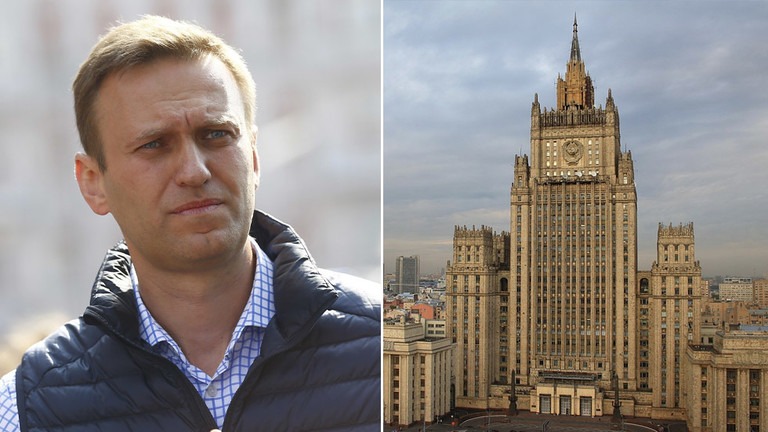 The alleged poisoning of Russian activist Alexey Navalny is a plot designed to justify sanctions against Russia, the country’s foreign ministry has claimed, the most emphatic denial so far of any official Russian involvement.

The statement from the Russian diplomats said that “any uninvolved observer, even one far removed from chemistry and… chemical weapons, logically starts to have a feeling that everything that is happening is an amateurishly staged stunt.” The official communiqué added that the row had been confected as “a sanction shot” because “Russia… sticks to its guns of not accepting certain rules imposed on it at the expense of national sovereignty, international law and common sense in general.”

Moscow’s comments come amid a diplomatic spat over the evidence of Navalny’s poisoning, and the assertion of a number of European countries that Russia was behind it. Spokesman for the Russian Prosecutor-General’s Office, Andrei Ivanov, told reporters on Friday that Moscow had sent its fifth request for further information on the incident to Germany, after previous missives had been ignored.

Ivanov said that “not a single question posed by the Russian side earlier has received a detailed explanation.” He went on to question Germany’s version of events, in which Navalny was poisoned before he embarked on a Moscow-bound flight from the Siberian city of Tomsk. “No poisoning agents have been found as a result of expert tests held on Russian territory”, he claimed.

Russia’s Ministry of Internal Affairs also weighed in on the row, appearing to blame those who accompanied Navalny in Tomsk for conspiring to create the impression that Navalny had been poisoned. The agency said that it had been “determined during the inquiry that, after receiving the reports of Navalny’s deterioration of health, the group of people accompanying him in Tomsk (Vladlen Los, Maria Pevchikh and Georgy Alburov) removed [potential evidence] from Navalny’s hotel suite in an organized manner.” Drawing its verdict on the case, it added that “their actions demonstrate a well-planned provocation.”

Navalny made headlines in August after viral footage emerged of him appearing to be taken ill on a domestic flight. After a period of delay, he was transferred to Berlin’s Charité hospital, where doctors and international laboratories claimed that he had been poisoned with a nerve agent of the ‘Novichok’ class. Navalny has claimed that Russian President Vladimir Putin was behind the poisoning.

These potent nerve agents were also alleged to have been used in the poisoning of former KGB officer Sergey Skripal and his daughter Yulia in Salisbury, England, in 2018. Russia has formally denied being behind either incident.

In October, in response to the allegations around Navalny’s poisoning, the EU agreed a package of sanctions aimed at senior Kremlin officials, including Alexander Bortnikov, the head of the Federal Security Service (FSB).