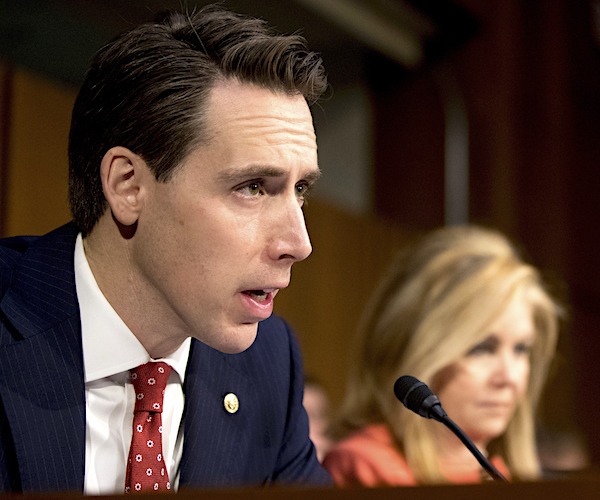 Several of President Donald Trump’s allies are not accepting that Joe Biden and Kamala Harris have secured the victory for the White House, insisting a winner cannot be named until all lawful votes have been counted.

“The media do not get to determine who the president is. The people do. When all lawful votes have been counted, recounts finished and allegations of fraud addressed, we will know who the winner is.”

The New York Times reports Hawley’s message echoes several of Trump’s recent statements, including his Saturday message that legal action to fight for the election will begin Monday.

Senate Majority Leader Mitch McConnell, R-Ky., did not comment after news broke most media outlets had announced Biden had won the election. However, on Friday, he wrote on Twitter that all legal votes must be counted, and all illegal votes must be discarded. He also said all sides must be able to observe the vote-counting process, and the “courts are here to apply the laws & resolve disputes.”

One of McConnell’s aides said Saturday those comments still stand.

Rep. Jodey Arrington, R-Texas, said Saturday it would be “unwise” to accept an outcome before recounts are complete and the courts have certified the results of the election.

However, there are some Republicans who congratulated Biden, including Sen. Mitt Romney, R-Utah, who said he and his wife Ann know Biden and Harris as “people of good will and admirable character.”

Rep. Fred Upton, R-Mich., said he is “committed to working with Biden,” and Sen. Lamar Alexander, R-Tenn., said once all votes are counted and the courts resolve the dispute, it is “important to respect and promptly accept the result.”

“The orderly transfer or reaffirming of immense power after a presidential election is the most enduring symbol of our democracy,” Alexander added.

Rep. Will Hurd, R-Texas, said he urges unity, and “America has spoken, and we must respect the decision.”