FLASHBACK: Here’s why the Democrats were so desperate to steal votes any place they could! 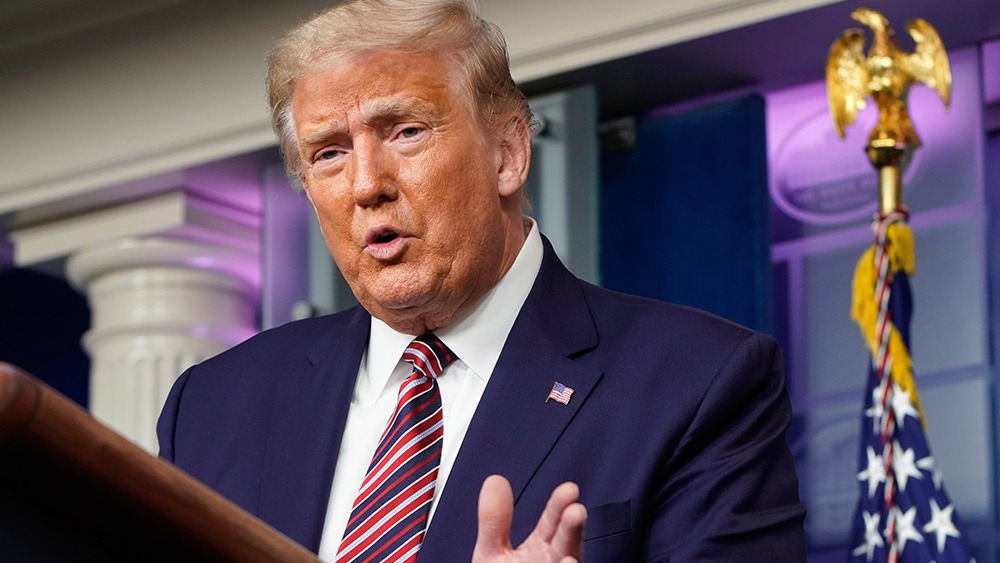 (Natural News) For months Americans have been told there’s no way that the presidential polls in 2020 will be wrong like they were in 2016.

Adjustments were made. Sampling is better. Better techniques are being employed to ensure accuracy. Blah, blah, blah.

In fact, polling now is no different than it was four years ago. Pollsters still operate the same way. There is no wheel to reinvent.

As such, it should come as no surprise, then, that polling over the summer and into the fall showing Democrat Joe Biden and one of the least popular Democratic presidential contenders from last fall — Sen. Kamala Harris — has been just as wrong, wrong, wrong as it was in 2016.

Because, as top conservative talker Rush Limbaugh pointed out on his program Wednesday, polls are meant to suppress the turnout for President Donald Trump and Republicans, period.

And we can demonstrate that.

According to Top Trade Gurus, a couple of other trends we were told about routinely over the past few months are also not trending:

With 1,294,660 ballots cast, the GOP leads the early vote in Wisconsin. 42% GOP to 36% DEM. About 46% of the estimated total votes for 2020 have been cast. In Wisconsin, you can register and vote the same day, so this is still a close race. Over the past few days, Republicans have stormed the polls and are beginning to take the lead in early voting in several sates. The following data is derived from actual ballots cast.

The sample size is larger than any poll, and makes this a more accurate indicator of voting preference. This data does not account for specific demographics or segments of the electorate that still have to vote. In general, though, Republicans are more weary of casting mail-in votes, and are waiting for election day. If that assumption is correct, President Trump has the advantage in Wisconsin.

The outlet pointed to other non-trends as well, including the youth vote.

Democrats have been flooding pop culture outlets on TV, social media and via entertainment sources practically pleading with young people who are of age to vote. Why? Because historically the youngest demographic — ages 18-29 — don’t go to the polls. Most young people appear to be self-disenfranchised; they just don’t think their vote matters much so they don’t go.

“Particularly worrisome for Democrats is the absence of the youth voters (18-29) as a percentage. Because voting is up 309% from this time in 2016, raw numbers show the youth vote up,” Top Trade Gurus reported. “In 2020, as a percentage of the electorate, 18-29 year olds cast only 5% of the total vote. In 2016, they were 17% of the electorate. This data suggests that young people are not showing up at the same rate.”

What’s causing the reduction in youth participation? You might say Democrats have shot themselves in the foot this time.

Democrats have been champions of coronavirus lockdowns, we know that. The U.S. economy is growing again but that’s primarily because red states in the South and upper West are opening back up while blue states remain shuttered in many places. That includes colleges and universities, and because they are essentially off-limits to in-person instruction, that, too, is suppressing the youth vote.

You can’t make this up.

“Also, a general complacency within college-age Democrats of an inevitable Biden win has gripped campuses,” the outlet continued.

“As it turns out, many college outreach initiatives have been cancelled. Some of these events include virtual rallies, voting caravans and door-to-door canvassing. From our interview with a few organizers in the upper-Midwest, these cancellations are due to Biden’s ‘huge lead’ and concerns over social distancing. The result? College students have not turned out to vote, yet. It’s not clear if they will turn out.”

And, of course, the polling appears to be wrong — all over the place, in fact.

Are we about to see another ‘come-from-behind’ Trump victory? Maybe. But that would mean he was behind in the first place, which we doubt.

Time will tell. Election Day is just days away. Make sure you vote.