Civil War 2.0 is just one stage of THE GREAT RESET 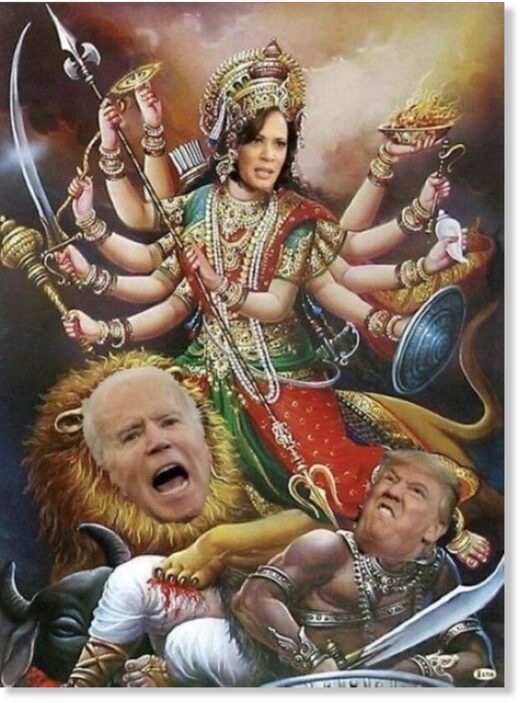 The massive psyops are ongoing. Everyone familiar with the Transition Integrity Project (TIP) knew how this would imperatively play out. I chose to frame it as a think tank gaming exercise in my Banana Follies column. This is a live exercise. Yet no one knows exactly how it will end.

US intel is very much aware of well-documented instances of election fraud. Among them: NSA software that infiltrates any network, as previously detailed by Edward Snowden, and capable of altering vote counts; the Hammer supercomputer and its Scorecard app that hacks computers at the transfer points of state election computer systems and outside third party election data vaults; the Dominion software system, known to have serious security issues since 2000, but still used in 30 states, including every swing state; those by now famous vertical jumps to Biden in both Michigan and Wisconsin at 4am on November 4 (AFP unconvincingly tried to debunk Wisconsin and didn’t even try with Michigan); multiple instances of Dead Men Do Vote.

The key actor is the Deep State, which decides what happens next. They have weighed the pros and cons of placing as candidate a senile, stage 2 dementia, neocon warmonger and possible extortionist (along with son) as “leader of the free world”, campaigning from a basement, incapable of filling a parking lot in his rallies, and seconded by someone with so little support in the Dem primaries that she was the first to drop out.

The optics, especially seen from vast swathes of the imperial-interfered Global South, may be somewhat terrible. Dodgy elections are a prerogative of Bolivia and Belarus. Yet only the Empire is able to legitimize a dodgy election – especially in its own backyard.

Welcome to the New Resistance

The GOP is in a very comfortable position. They hold the Senate and may end up picking up as many as 12 seats in the House. They also know that any attempt by Biden-Harris to legislate via Executive Orders will have…consequences.

The Fox News/ New York Post angle is particularly enticing. Why are they suddenly supporting Biden? Way beyond internal family squabbles worthy of the Succession saga, Rupert Murdoch made it very clear, via the laptop from hell caper, that he has all sorts of kompromat on the Biden family. So they will do whatever he wants. Murdoch does not need Trump anymore.

Nor, in theory, does the GOP. Former CIA insiders assure of serious backroom shenanigans going on between GOP honchos and the Biden-Harris gang. Trade-offs bypassing Trump – which most of the GOP hates with a vengeance. The most important man in Washington will be in fact GOP Senate majority leader Mitch McConnell.

Still, to clear any lingering doubts, a vote recount would be absolutely necessary in all 6 contested states – WI, MI, PA, GA, NV and AZ. Through hand counting. One by one. The DoJ would need to act on it, immediately. Not gonna happen. Recounts cost a ton of money. There’s no evidence Team Trump – on top of it short of funds and manpower – will be able to convince Daddy Bush asset William Barr to go for it.

While relentlessly demonizing Trump for spreading “a torrent of misinformation” and “trying to undermine the legitimacy of the US election”, mainstream media and Big Tech have declared a winner – a classic case of pre-programming the sheep multitudes.

Yet what really matters is the letter of the law. State legislatures decide whose electors go to the Electoral College to appoint the President.

Here it is – Article II, Section 1, Clause 2: Each state shall appoint electors “in such Manner as the Legislature Thereof May Direct.”

So this has nothing to do with governors, not to mention the media. It’s up to GOP state legislatures to act accordingly. The drama may roll out for weeks. The first step of the Electoral College procedure takes place on December 14. The final determination will only happen in early January.

Meanwhile, talk of a New Resistance is spreading like wildfire.

Trumpism, with 71 million + votes, is firmly established as a mass movement. No one in the GOP commands this kind of popular appeal. By sidelining Trumpism, the GOP may be committing seppuku.

So what will Deplorables do?

The always indispensable Alastair Crooke hits the nail on the head in a powerful essay: Trump is the President of Red America. And depending on how the scripted (s)election tragicomedy develops next, the Deplorables are bound to become The Ungovernables.

Crooke references a crucial parallel evoked by historian Mike Vlahos, who shows how the current American saga mirrors Ancient Rome in the last century of the Republic, pitting the Roman elite against the Populares – which today are represented by Red (Trumpist) America:

“This was a new world, in which the great landowners, with their latifundia [the slave-land source of wealth], who had been the ‘Big Men’ leading the various factions in the civil wars, became the senatorial archons that dominated Roman life for the next five centuries — while the People, the Populares, were ground into a passive — not helpless — but generally dependent and non-participating element of Roman governance: This sapped away at the creative life of Rome, and eventually led to its coming apart.”

So as much as the Dem machine had wanted it, Trump is not yet Imperator Caesar Augustus, whom the Greeks called Autokrator (autocrat), but was a de facto monarch. The American Augustus, Tiberius and most of all Caligula is still further on down the road. He will definitely be a benign, humanitarian imperialist.

In the meantime, what will imperial Big Capital do?

The West, and especially the American Rome, is on the edge of a double precipice: the worst economic depression ever, coupled with imminent, myriad, uncontrollable explosions of social rage.

So the Deep State is reasoning that with Biden – or, sooner rather than later, Supreme shakti and Commander-in-Chief Maa Durga Kamala – the path gets smoother towards the Davos Great Reset. After all, to reset the chess pieces, first the chessboard must be knocked over. This will be one step beyond Dark Winter – which not accidentally was evoked by teleprompter-reading Biden himself on the final presidential debate. The script gets ominously closer to the Rockefelller Foundation’s 2010 Lock Step.

Meanwhile, Plan B is kept in ready, steady, go mode: the lineaments of a global rampage, focused on “malign” Russia’s sphere of influence to satisfy a “revived” NATO and the military-industrial complex, which selected the now media-appointed President-Elect in the first place because he’s no more than a pliant cardboard figure.