Millions of people who call themselves Christian voted to celebrate with Planned Parenthood in anticipation of a presidency wholly dedicated to abortion. 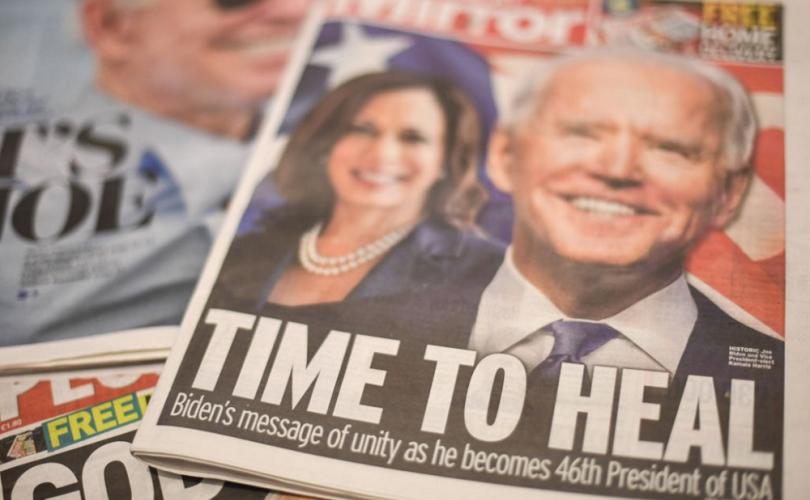 November 9, 2020 (LifeSiteNews) — Over 70 million Christians are alleged to have voted for Joe Biden for president. This is unfortunately not surprising, as many have been persuaded that it is acceptable to root for a candidate who advocates for feticide throughout all nine months of pregnancy by the media, by progressive Christians, and by the hard work put in by alleged pro-lifers who claimed that a pro-abortion candidate could technically be more “pro-life.”

I’m not going to bother to relitigate the Donald Trump question here again — I’ve written much on that subject already, and supporting a pro-abortion candidate is fundamentally immoral even if you reject the alternative (and vote third party, for example). In short, there is absolutely no excuse to vote for someone who supports killing society’s most vulnerable members in the womb — period.

Instead, I’m simply going to point out to Biden voters whom they allied with when they cast their ballot.

Indeed you did. That work they’re referring to? That’s expanding the abortion industry. That future they’re talking about? It’s the abortion industry getting tens of millions of your tax dollars to fund feticide. This is the sort of celebration that could accurately be described as “grave-dancing” — and there you are, arm in arm with them. Strange bedfellows? Maybe. Maybe not.

Ilyse Hogue, the head of NARAL Pro-Choice America (who once announced her abortion to cheers at the Democratic Convention), also celebrated with Biden’s Christian voters. She posted a photo on Twitter depicting a paraphrased quote from Dr. King: “Seize THIS moment to bend the moral arc back toward justice.” Her caption read: “[W]e’ve been granted opportunity. Let’s use it wisely.” Whom does Hogue mean by “we”? She means the abortion industry. They see Biden’s presidency as an “opportunity.” They plan to “use it wisely.” If they get their way, it will mean the end of the Hyde Amendment, which has saved up to 2.4 million lives.

NARAL, for the record, posted this on Twitter: “BREAKING: @KamalaHarris just made history as the first woman, first Black woman, and first Asian American woman elected as vice president! She’s always been a champion of reproductive freedom, and we can’t wait to have her fighting for all of us.” When they say she’s always been a “champion of reproductive freedom,” they mean abortion (an obvious point, I know, but millions of Christian voters didn’t seem to get that). Harris has happily used her political powers to target pro-life journalists like David Daleiden in the past as well — so that’s something else to look forward to.

Cecile Richards, former head of Planned Parenthood and America’s most carnivorous abortion activist, actually had the gall to post: “Excited for all the babies this year who will be named Kamala!” If her people have their way and get the government funding they’re hoping for, a whole lot more babies will die in the womb before being given any name at all (and you can bet Planned Parenthood is hoping to increase its profit margins over the next few years). Richards, I’m sure, is thankful for all those Christian voters who joined her in voting for a future that includes far fewer children but a whole lot more profit cash for the abortion industry.

Jonathon’s new podcast, The Van Maren Show, is dedicated to telling the stories of the pro-life and pro-family movement. In his latest episode, he talks to Mary Eberstadt to discuss how the Sexual Revolution, the breakdown of the family, and identity politics have brought us to where we are today. Eberstadt felt vindicated by the 2020 presidential election results. Why? She has been saying for years, “The sexual revolution is now having system-wide political consequences.”