Trump’s presidency has exposed just how deep and powerful Deep State really is.

Our Demented Carnival of Life, Part 2: Amercia the Beautiful (and the Schizoid)

An important essay by constitutional attorney and author, John W. Whitehead, was published on May 7, 2019. It’s entitled D Is for a Dictatorship Disguised as a Democracy and is available on his Rutherford Institute’s site.[1] Here is an excerpt: 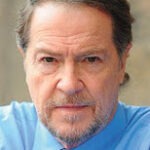 Free speech, the right to protest, the right to challenge government wrongdoing, due process, a presumption of innocence, the right to self-defense, accountability and transparency in government, privacy, press, sovereignty, assembly, bodily integrity, representative government: all of these and more have become casualties in the government’s war on the American people.

The American people have been treated like enemy combatants, to be spied on, tracked, scanned, frisked, searched, subjected to all manner of intrusions, intimidated, invaded, raided, manhandled, censored, silenced, shot at, locked up, and denied due process.

None of these dangers have dissipated.

They have merely disappeared from our televised news streams.

The new boss has proven to be the same as the old boss, and the American people, the permanent underclass in America, has allowed itself to be so distracted and divided that they have failed to notice the building blocks of tyranny being laid down right under their noses by the architects of the Deep State.

Frankly, it really doesn’t matter what you call the old/new boss—the Deep State, the Controllers, the masterminds, the shadow government, the police state, the surveillance state, the military industrial complex—so long as you understand that no matter who occupies the White House, it is a profit-driven, an unelected bureaucracy that is actually calling the shots.

While I take exception to Mr. Whitehead’s “new boss has proven to be the same as the old boss” cynicism, his words speak an eerie truth when we consider, for example, the FBI’s overkill raid on Roger Stone, or the legal-paradox-box-maze to which patriot General Flynn was subjected. Yes, I take exception to hideous examples such as these being foisted onto our current president. Indeed, I’d call these “trenchantly portrayed ops by an antagonistic Deep State”; they depict the subverted state in action—an out-of-control, bureaucratic, administrative (deep) state and the very antithesis of who President Trump is and what he stands for.

Read Mr. Whitehead’s fine essay and weep, for it catalogues in a nutshell the grotesque stagecraft that passes for normalcy; that provides the gloss for a sham republic, as disconnected from its constitutional underpinnings as it is divorced from the rule of law.

I wonder whether Mr. Whitehead, in his zeal to protect both his victimized clients and our Bill of Rights, has over-reached by conflating the Deep State with this president. In the normal state of affairs, wherein the president is chosen by an “unseen hand” and essentially selected, not elected, I would agree. (Just look at these prior pathetic American presidents—Obama, Bush II, Clinton, Bush I, Carter: actors all.) But the usual alliance between Deep State and the president does not exist in Mr. Trump’s case. To John W. Whitehead I’d say: “Not this president”—though Mr. Trump is very much the law and order president.

The cryptic difference, the base enigma here is that indeed we currently have a sham republic, but one that is being steered back onto its moorings. Without getting too far out into the weeds, let me explain. 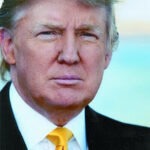 President Donald J. Trump presides as the CEO of USA, Inc. And while “USA, Inc.” is a euphemism for our lost republic, its incorporation is real; it is a fictional entity controlling a population of straw men and women that hides behind the façade of a representational democracy. (Don’t believe me?—go research it for yourself.[2]) USA, Inc. limps along as a schizophrenic nation of dumbed-down populants presided over by actor-politicians, activist-judges and a freakazoid mélange of corporate/military-intelligence operative/media propagandists who give lip service to a (de facto superseded) Constitution.

Pres. Trump has done a masterful job of managing this dual-track, schizoid nation. It must require an almost superhuman effort to withstand the constant assault of negative forces aligned against him, while balancing the interests of a fictionalized USA with its façade of struggling, constitutional Republic—and he must have some heavy-duty back-up to stay alive and keep at it the way he does.

Trump’s work is a heroic undertaking of an almost impossible task, viz., re-aligning the nation under the rule of law while that nation is unbound from its lawful moorings (thanks to an elitist, globalist/socialist cabal that’s been systematically dismantling “America the Beautiful” by pre-planned degrees since its inception). The particular genius of Trump is his ability to (apparently) bifurcate his love of an idealized America the Beautiful from USA, Inc., and yet do everything within his power to have USA, Inc. serve a long-term, endpoint attempt of restoring itself back to the Republic-as-originally-designed.

In this respect, the work of our 45th president has established a new mythological standard—Trumpian—which perhaps surpasses the Herculean one of past ages. By these words, however, this author is not, willy-nilly, a sycophant condoning every act of the Trump administration. But taken as a whole, I commend the Trumpian dynamism and vision, warts and all. He is the best and brightest leader we’ve had in a very long time.

Given Trump’s interest in maintaining law and order in the midst of onslaughts from unhinged legislators, armed communist thugs, and their media enablers, I don’t think the comparison is quite apt. Whitehead’s interest is in protecting John and Jane Q. Public from an uber-zealous police force acting as the enforcement arm of USA, Inc.’s “national security state gone wild.”

Is it hard to delineate between criminals deserving of punishment and innocent constituencies in need of protection? Not at all.

For this author, the bad guys are the enforcer thugs, viz., those fascist, “politically correct,” lefty morons who have been mass-produced by a debased university system, then subsidized by socialist NGOs and justified by radicalized Democrat apparatchiks; just as bad, however, are those fascist, “politically expedient” enforcers acting under color of law who abuse the God-given rights and sovereignty of the People.

The good guys are those who seek to live by the Golden Rule and the Rule of Law. Regardless of whether persons are acting in privately organized groups or as paid government employees, as long as they are acting on behalf of such “good guy interests” then they, too, are good guys.

The apparent Trump/Whitehead dichotomy withers in the face of this analysis. Each man has his overriding mandate: Trump, as the chief or unitary executive, is responsible for maintaining law and order; Whitehead, on the other hand, is an attorney-author looking to preserve the safety and welfare of We the People. As such, each has his part to play in a national drama. It’s essentially the regulatory law function of Trumpism v. the emancipatory law function embraced by Whitehead.

Trump, we must always remember, occupies a dual, schizoid role as CEO of USA, Inc. and as (the would-be) president of the United States of America, if the Republic was more viable at the moment(—but give him four more years and we shall see!). It is because Trump must wear the CEO hat that he leans so heavily on the regulatory side of law and order.

Whitehead, too, must participate in a kind of charade that the U.S. Constitution has not been completely abrogated by (illegitimate) statutes. To the extent attorney Whitehead can find sympathetic judges whose rulings must hold up to public scrutiny he helps to resuscitate our trampled constitutional rights with each case he wins. Emancipation from the restraint of law’s regulatory properties belongs more properly in the domain of a constitutional republic, the persistent and resilient existence of which Mr. Whitehead presumes as the premise of his work.

Both are dealing with the heroic-yet-schizophrenic task of saving the nation while holding it to account and guiding it toward its better manifestation: a constitutional republic operating under the rule of law. Each man deserves credit and our respect for doing the right thing (in a time during which “doing the right thing” seems quaint at best and hopeless at worst). Unlike many tepid and spineless Republicans out there, I offer my ardent support for President Trump and an abiding admiration for both these men and their efforts.

In closing I thank one other great American I’ve long admired:

Ray Charles sang America the Beautiful in 1972.[3] He would sing it again, live, at the opening of the 2nd game of the World Series in October 2001, during a time of national mourning.

Jack Suss a/k/a Wyman Wicket is a cultural mutant multi-career virtuoso (blues piano player and singer, writer/poet, one-time military officer, lawyer, English professor, and Ph.D. in Humanities) – and a tireless poet-fighter against the “glare” of consensual reality and culture trance. Often believing that he is doomed to live the scruffy life of a bluesman, this hard-working creative loafer is now in semi-retirement from his string of seemingly unconnected endeavors. Bereft of ambition to “be” anything further in this phony baloney world, he bemoans the decline of the authentic and agitates for the demise of corpocracy’s TV bumperoo/techno-soul-snatching and a return to more primal simplicities.

NOTE: Part 1 of this two-part essay can be accessed here: http://stateofthenation.co/?p=36873

[2] See, e.g., Christopher Strunk, https://www.youtube.com/channel/UCv_UUqHEHMMCgq2c0eTnw9w ; and, Mark Emery, http://www.onefreemanswar.com/home.html — each retrieved on Jan. 17, 2020; Wanta, L.E., Wanta!: Black Swan, White Hat—A Biography Every American Must Read and Understand (Viking Int’l, LLC, Spokane Valley, Washington, 2013, 2014, 2015). More to the point, have a look at the work of Anna Maria Riezinger or that of :Russell-Jay: Gould.