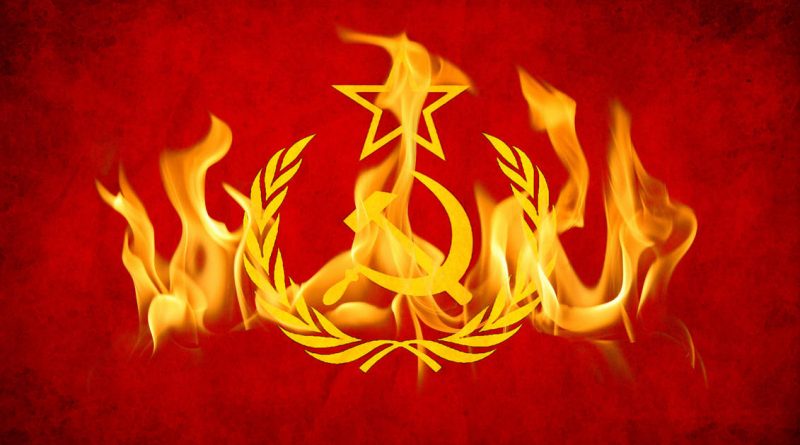 Originally left as a comment on “It Is Maddening to See White People Complaining About “Nazi” Lockdowns.” This has been slightly edited grammatically.

It’s not only retarded to call the ‘lockdown’ a ‘Nazi’ policy, but dangerous as it helps to cover for the real perpetrators.

The lockdowns are a communist strategy aimed at brining down the economy and to kill off all small businesses. They want to remove any type of independence people might have so the jewish communists will have full control over them. Once people lose their independence, many will have to depend on government for survival, and that’s when catastrophe will hit hard.

Using covid as a fear-mongering method as a way get people to comply with incredibly destructive government policies that works against their own interests shows how far the jews have gotten in terms of being able to manipulate people to such a degree that they don’t have to get their hands dirty anymore to get what they want, as they can get people to comply using propaganda only.

When the jews took over Bolshevik Russia, they did what they are doing now. They introduced one destructive decree after another of what is called ”war communism” and this was aimed at destroying the economy of Russia and removing any type of independence the Russian people might have had by nationalizing all industries and taking over the farms and grain supply. However, back then the jews were not as well versed in mind control as they are today and they also lacked the technology we have today, so they resorted to brute force using both the Cheka and the Red Army to enforce their destructive policies, and they unfortunately ended up victorious against the brave Russians that stood up to them and their tyrannical laws.

The result was that the food supply was in the hand of the Bolsheviks and the people now being without rights or independence were totally at the mercy of the Bolshevik jews. This allowed the Bolshevik jews to orchestrate a major famine to wipe out millions of non-jews and that’s what they did from 1921 to 1922. They seized grains and foodstuff from the people, on top of controlling prices, keeping them high when the people were already poor, as many people had their ability to provide from themselves taken away from them by the communist government. This resulted in the death of 3 to 10 million in Russia.

They are now doing a repeat of this dark chapter of history. The covid lockdown is intended to destroy people’s ability to provide for themselves; millions upon millions of people have already lost their jobs and many business have gone under. The intended result is it to achieve what was done in the early 1920s Russia. With no opportunity to provide for oneself, one is at the mercy of the government now. So it seems that the next step after they’ve achieved their desired result from the lockdowns and other draconian covid restrictions will be the orchestration of a major famine.

Because of the destructive policy the jewish communists have implemented all around the world, which has majorly damaged the economy of all nations of the world today, the jewish communist will create a situation for themselves where they will be able to pull off a massive worldwide famine. It’s an important part in their goal of ‘reseting’ a society. In their twisted and evil minds, the old has to be totally destroyed to introduce the new and that requires mass annihilation of people. There are already talks about an upcoming destructive famine.

Just recently the communist UN warned that 2021 could ‘have famine of biblical proportions’.

Everything that’s going on today has communism written all over it, to say it’s the Nazis is not only NOT TRUE, but destructive as it aids the enemy.