The Mainstream Media wages unholy war on Substack—But why?! 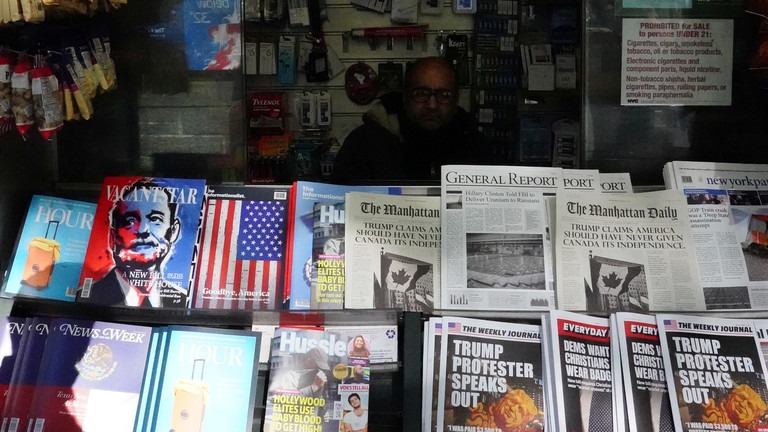 Nebojsa Malic is a Serbian-American journalist, blogger and translator, who wrote a regular column for Antiwar.com from 2000 to 2015, and is now senior writer at RT.

As a number of prominent journalists migrate to the publishing platform Substack, a wave of mainstream media hate for its lack of ‘gatekeeping’ is swelling – all in the name of ‘equity’ and fighting ‘disinformation,’ of course.

Substack was founded in 2018, as a platform that makes it simple for a writer to make money from subscriptions. This solved the problem of monetizing blogging, which had forced many prominent bloggers into the arms of corporate or venture capital-funded outlets over the past decade. More importantly, it guaranteed the writers editorial freedom – a rapidly vanishing quality in mainstream journalism.

Matt Taibbi left Rolling Stone for Substack in April. Andrew Sullivan left the New York Times in September. Censorship drove Glenn Greenwald to resign from The Intercept, which he co-founded, at the end of October. Last week, Vox co-founder Matt Yglesias left as well – not due to censorship, he says.

To the surprise of precisely no one, Substack suddenly found itself under attack for not being woke enough. Apparently, it was racist, per liberal environmentalist Emily Atkin, who said “white people do way way way better” on the platform and people should “figure out how to make it not that way.”

Atkin’s comments seemed to be referring to a diatribe in the Columbia Journalism Review by Brooklyn-based freelancer Clio Chang, who argued that Substack is perpetuating “prejudiced systems” that disadvantage “people who are nonwhite or non-elite.”

Chang’s evidence for this was that people like Greenwald, Yglesias, Taibbi or Sullivan were more prominent and popular on the platform than a former BuzzFeed “beauty writer covering race, identity, diversity, and intersectional representation for underrepresented audiences” who now writes “Coronavirus News for Black Folks.”

How dare Substack organize their leaderboards by audience and revenue metrics, without putting its thumb on the scale? After all, “adherence to neutrality only enforces existing power structures,” Chang lamented.

The racial and “social justice” angle of the attack on Substack suggests there’s more to it than what computer scientist Paul Graham described as the tendency of successful start-ups that work with consumers to automatically attract “haters.”

Commenting on another Substack attack by a New York Times writer last week, Greenwald offers an explanation that seems more pertinent: mainstream journalists “hate and resent Substack, because it provides the ability of writers and journalists to be heard and to reach an audience without having to submit to their monopolistic structures and discourse controls.”

The existence of an independent platform endangers their efforts to control public discourse, Greenwald argued. The American left used to believe that corporate media are spreading disinformation and deceiving the public, he reminded his audience, only to completely turn around and insist that MSNBC and CNN are fighting “disinformation” and keeping Americans “safe from propaganda.”

“They are institutionalists & authoritarians,” begging for gatekeepers and discourse regulators, Greenwald wrote.

It’s hard to argue with that, when just about every mainstream outlet these days has at least one “reporter” whose sole mission is to finger “hate figures” and pressure social media platforms to kick them off. Or when former President Barack Obama himself declares the internet “the single biggest threat to our democracy,” because Americans can choose the “distorted reality” of Facebook and Fox News instead of “a shared set of facts,” as he said in an interview with The Atlantic.

The trouble with Obama, the Democrats and the mainstream press that’s openly allied with them calling for “facts” is that they’ve systematically denied them for the past four years. Instead, they peddled a completely baseless conspiracy theory about Donald Trump’s “collusion” with Russia and Moscow’s “meddling” in US elections.

Notice that any mention of it has miraculously disappeared the second they claimed to have won the presidency – which they also declared the most secure and problem-free election in history, just in case you had any qualms. Case closed, shut up and obey – what are you, a bigot?

These are the same people who, when confronted with their actual words, love to explain that they “really meant” something else entirely. So let’s turn the tables: when they say “facts,” what they really mean is accepting their Narrative without questioning or objections. Meanwhile, any outlet that provides a platform for dissent – be it “state media” they’ve successfully demonized through Russiagate, or Substack – will be forced to bend the knee, or else.