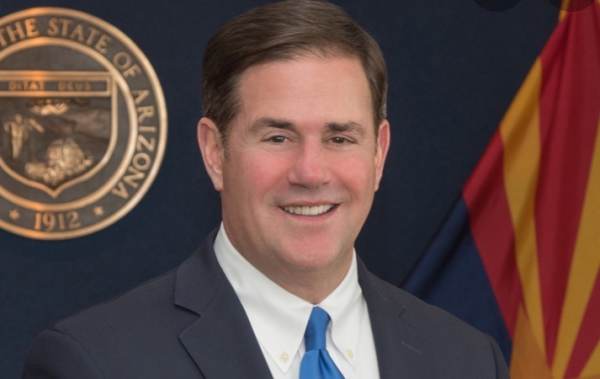 Arizona Governor Doug Ducey (R) will not accept the election results until all court cases are settled.

The Arizona GOP and the Trump campaign are suing to keep Maricopa County from certifying its results arguing there were many cases of voter fraud and irregularities.

Gov. Doug Ducey said Wednesday Arizona’s election is not over until all of the court cases are settled.

“There are legal claims that are being challenged in court and everybody on the ballot has certain access rights and remedies and if they want to push that they are able. Once those are adjudicated and the process plays out, I will accept the results of the election,” Ducey said.

State law gives Arizona counties until Nov. 23 to certify the election. Each county then sends its results to the secretary of state, who has another 10 days to certify the vote statewide.

Hobbs is in charge of certifying Arizona’s election results.

“President Trump has made it abundantly clear he’s more interested in pandering to his neo-nazi base than being POTUS for all Americans,” Hobbs said in a 2017 tweet.