Did Tucker Carlson’s FOX News master sick him on the single most important attorney on Team Trump? 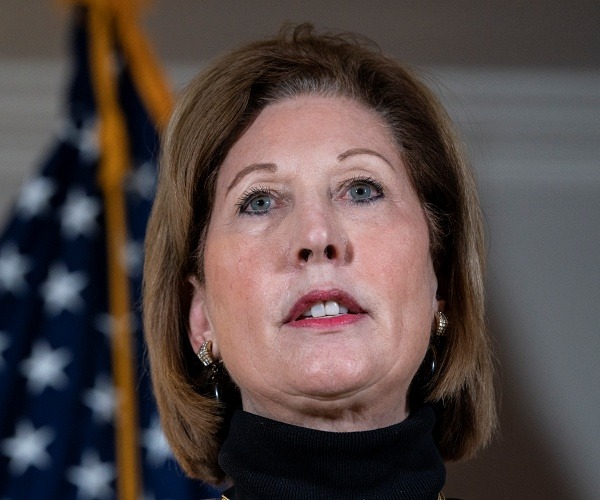 WASHINGTON, DC – NOVEMBER 19: Attorney Sidney Powell speaks to the press about various lawsuits related to the 2020 election, inside the Republican National Committee headquarters on November 19, 2020 in Washington, DC. President Donald Trump, who has not been seen publicly in several days, continues to push baseless claims about election fraud and dispute the results of the 2020 United States presidential election. (Photo by Drew Angerer/Getty Images)

Trump campaign attorney Sidney Powell, during an appearance on Fox Business Friday morning, slammed Fox News prime time host Tucker Carlson as being “insulting, demanding, and rude” after he called her out for not presenting evidence for her claims that Communist countries were behind voting software that she said threw votes from President Donald Trump to Joe Biden.

“I didn’t get angry with the request to provide evidence,” Powell told Fox Business’ Maria Bartiromo. “In fact, I sent an affidavit to Tucker that I had not even attached to a pleading yet to help him understand the situation, and I offered him another witness who could explain the math and the statistical evidence far better than I can. I’m not really a numbers person.”

Carlson, Powell said, was “insulting, demanding, and rude, and I told him not to contact me again, in those terms.”

Powell, during a Thursday afternoon news conference with Rudy Giuliani and Jenna Ellis, claimed that countries like Cuba, China, and Venezuela were behind Dominion Voting Systems, the company behind the voting machines. Dominion has strongly denied any such connection.

“Sidney Powell has been saying similar things for days. On Sunday night, we texted her after watching one of her segments. What Powell was describing would amount to the single greatest crime in American history,” Carlson said on his program Thursday night. “Millions of votes stolen in the day. Democracy destroyed, the end of our centuries-old system of self-government, not a small thing.”

But, Carlson claimed Powell “never sent us any evidence, despite a lot of requests, polite requests, not a page. When we kept pressing, she got angry and told us to stop contacting her. When we checked with others around the Trump campaign, people with positions of authority, they told us Powell has never given them any evidence of either, nor has she provided any today at the press conference.”