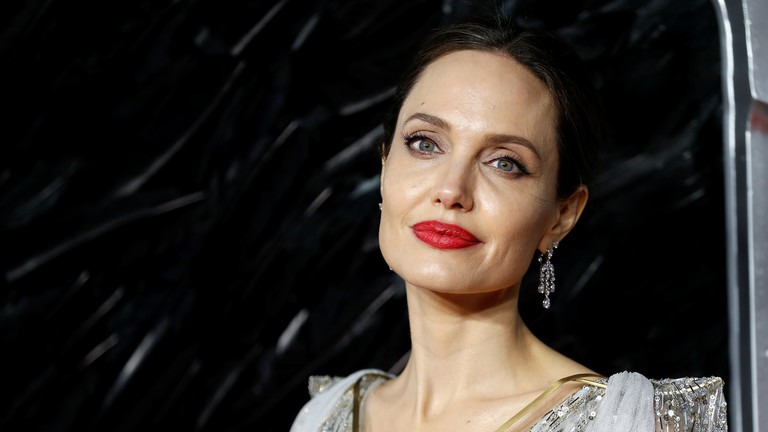 Graham Dockery is an Irish journalist, commentator, and writer at RT. Previously based in Amsterdam, he wrote for DutchNews and a scatter of local and national newspapers.

The BBC has hired Angelina Jolie to teach kids how to spot fake news and make up their own minds on pressing issues. But given its own history of bias, is the BBC the right authority to lecture children on the real and the fake?

The venerable broadcaster will air a new series every Sunday at 11:30am – right after the morning cartoons – on BBC World News, and on YouTube and the BBC iPlayer in the UK. The series will use the reporting of the BBC World Service to illustrate how reporters sift fact from fiction, and help kids aged 13 and up to “distinguish the real from the false online,” in the words of BBC World Service Group Director Jamie Angus.

“I hope it will help children find the information and tools they need to make a difference on the issues that matter to them, drawing on the BBC World Service’s network of thousands of journalists and multiple language services around the world,” Jolie said in a statement this week.

Jolie’s fake-news-busting credentials check out. As some of her fellow celebrities spouted garbage about vaccines causing autism and Gwyneth Paltrow implored women to “steam clean” their vaginas, Jolie has been credited for speaking out about her own experiences with cancer, drawing attention to the disease and justifying her decision to opt for a double mastectomy using solid scientific research. This time, she’ll have to call again on those research skills – a more complicated task, given the political games the BBC used to play.

A history of bias

The BBC has a less-than-stellar reputation in the information game. Though its coverage is undoubtedly more balanced than the hyper-partisan squawking of Fox News and MSNBC across the Atlantic, the BBC has over the years allowed itself to be used as a propaganda bullhorn by the British government.

Earlier this month, declassified government documents revealed how Her Majesty’s Government persuaded Reuters to set up a reporting service in the Middle East in the late 1960s, funding it covertly through the BBC. Officials at the government’s Information Research Department hoped the service would allow them to exert “a measure of political influence” over this politically volatile region, at the height of the Cold War.

At the time, British diplomats in the Middle East described the service in familiar language, saying it would combat the “calculated fabrications” of rival “slanted” news agencies.

In 1953, the BBC was used by MI6 and the CIA to support a coup attempt against Iran’s democratically-elected Prime Minister, Mohammed Mossadegh. Even the BBC itself admits this, with a 2011 documentary describing how “Anti-Mossadegh material was repeatedly aired on the radio channel to the extent that Iranian staff at the BBC Persian radio service went on strike in protest.” The service was also accused of sending coded messages to the coup plotters in its broadcasts.

Flashing forward to present times, the BBC used unverified video footage and the assertions of US officials to finger Syrian leader Bashar Assad for allegedly gassing his own citizens in the city of Douma in 2018. Footage supposedly showing civilians being treated for sarin gas exposure in a hospital was used to justify joint British, American and French missile strikes on Syria, despite BBC Syria’s own producer describing the attack as staged, and an OPCW whistleblower accusing the chemical weapons watchdog of falsifying its report on the attack.

Later that year, BBC Russia correspondent Olga Ivshina was caught messaging a contact in Paris, desperate to prove that “Russia is behind” the ‘Yellow Vests’ protests consuming the city at the time. “The editorial board wants blood,” she told her contact, after failing to find any Russian influence in the demonstrations.

So is the BBC the best authority to lecture children on bias and impartiality? Probably not. But then again, no news outlet is completely free of slant. Perhaps kids should instead keep an old Russian proverb, popularized by Ronald Reagan, in mind: “Trust, but verify.”