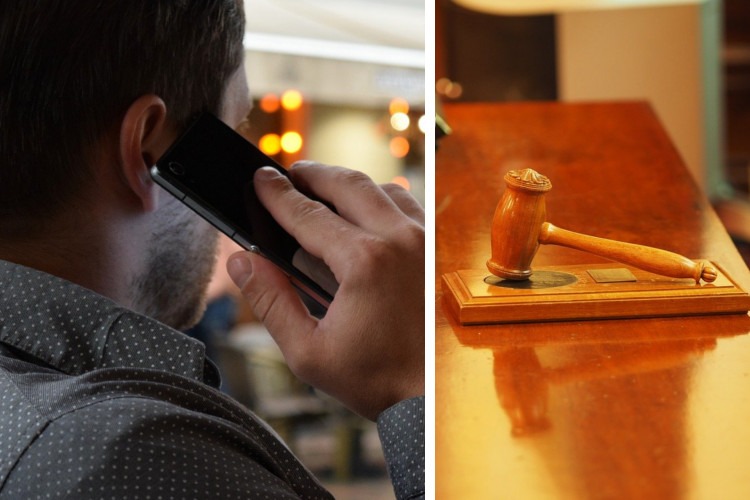 On January 13, 2020, Turin’s Court of Appeals confirmed a 2017 decision determining that a former Telecom Italia worker’s acoustic neuroma (a benign tumor in the ear) was caused by his mobile phone use. This is the sixth time that an Italian court has affirmed a causal link between cell phone use and brain tumors, including decisions by the High Court of Italy.

The Appellate court reached its decision after a review of the evidence and after receiving the opinion of two court-appointed experts. The experts referred the court to studies indicating that individuals who speak on their phones for an average of 30 minutes a day for at least 10 years increase their risk of developing head tumors. After considering this evidence, the Appellate court in Turin stated, “There are solid elements to affirm a causal role between the exposure of the person to radiofrequencies from mobile phones and the disease that arose.”

… studies provided by the defense—which denied a causal link—were mostly industry-funded and, therefore, should be given less weight because of conflicts of interest.

Crucially, the Turin court stated that the studies provided by the defense—which denied a causal link—were mostly industry-funded and, therefore, should be given less weight because of conflicts of interest. Studies by members of the International Commission on Non-Ionizing Radiation Protection (ICNIRP) and the European Commission’s Scientific Committee on Emerging and Newly Identified Health Risks (SCHENIHR) also suffer from conflicts of interest, according to the Turin court, because these organizations likewise receive funding from industry. The World Health Organization’s (WHO’s) International EMF Project and many countries around the world have adopted the industry-funded ICNIRP’s recommendations as their safety guidelines. Thus, these statements by the court—calling out the influence of industry funding and conflicts of interest—are extremely significant.

The Turin court’s ruling affirmed the decision of the court of Ivera from 2017. Roberto Romeo, age 57, used his cell phone for three to four hours of each working day for 15 years. He was diagnosed with acoustic neuroma in 2010, and his acoustic nerve had to be removed. As reported in The Guardian, “A medical expert estimated the damage to Romeo at 23% of his bodily function, prompting the judge to make a compensation award of €500 per month to be paid by INAIL, a national insurance program covering workplace accidents.”

Acoustic neuromas are tumors that develop on the main nerve leading from the inner ear to the brain. This nerve influences balance and hearing. Pressure from an acoustic neuroma can cause hearing loss, ringing in the ear and unsteadiness, occasionally also interfering with brain functioning. Acoustic neuroma is also known as “vestibular schwannoma” because it develops on the Schwann cells covering the nerve. Of note, the U.S. government’s $25 million National Toxicology Program cell phone study found that exposure to cell phone radiation caused schwannoma-type tumors.

Newsweek mistakenly reported the Ivrea case as the first Italian ruling linking cell phones and acoustic neuromas, but it was in fact the second. The first ruling, made by a court in Brescia on December 10, 2009 and affirmed by the High Court of Italy in 2012, granted worker’s compensation to an industrial plant’s financial manager, Mr. Marcolini, who developed a tumor after using cell and cordless phones for five to six hours a day for 12 years. Marcolini was diagnosed as having a benign tumor on the trigeminal nerve, which controls facial muscles and sensations. As in Turin, the Brescia court ignored industry-funded studies—declaring them to be biased—and instead relied on the expert opinion of Swedish professor Lennart Hardell, an oncology specialist and cancer epidemiologist with “a focused interest in environmental risk factors for cancer.”

The next (third) ruling to link cell phone use and acute nerve disease was made by a Florence court in April 2017. The Florence court ordered INAIL to compensate a salesperson who developed an acoustic neuroma after using the phone for two to three hours a day on the job for 10 years.

On January 30, 2019, an Italian court in the city of Monza ruled that exposure to cell phone radiation caused an airport employee’s acoustic neuroma brain tumor. The employee had used a cell phone for well over 10 years for his work. After being diagnosed with an acoustic neuroma in 2010, the employee was declared (in 2011) 68% disabled and permanently unfit for work. In 2014, he applied to INAIL, claiming a causal link between his workplace exposure to radiation and the acoustic neuroma and asking that his tumor be recognized as an occupational disease. The Monza court concurred that the tumor had permanently incapacitated him and ruled it to be an occupational disease. When the defense appealed the decision, Italy’s Supreme Court upheld it.

Basing their determination on the duration of exposure, the types of devices used, the type of pathology and their review of the literature, they determined the evidence to be sufficient for a causal link, even in the absence of absolutely conclusive scientific evidence.

Over a period from 1994 to 2010, the airport employee’s job had exposed him to high levels of radiofrequency and microwave radiation from a variety of antennas and high-frequency equipment, including altitude signal repeaters, weather radars, satellite antennas and airplane equipment. In addition, the performance of his job required the use of numerous radiation-emitting devices, including mobile phones, two always-on PCs and signal repeaters (GSM and DECT). Holding the phone on the left side of his head, the employee used a Siemens DECT (cordless) phone, a Nokia and later a Samsung cell phone for more than four hours a day, with phone sessions lasting up to 45 consecutive minutes. Several times, the employee and his colleagues reported the high levels of electromagnetic fields (EMFs) and radiation to their employer, asking for the EMFs and radiation to be measured, but higher-ups ignored these requests.

In the Italian legal system, judges can appoint technical experts called court technical experts (CTUs). In the Monza case, the experts and technical advisers assigned to evaluate the case conducted research into acoustic neuroma and its risk factors. Basing their determination on the duration of exposure (exposure to high-frequency EMR for a considerable number of hours per day for over 10 years), the types of devices used, the type of pathology and their review of the literature, they determined the evidence to be sufficient for a causal link, even in the absence of absolutely conclusive scientific evidence. They also referenced the Brescia court’s decision and the studies cited in that decision. Their conclusion was that the development of the left auditory nerve neuroma was related to the employee’s workplace exposures and that the tumor had caused a reduction in the employee’s mental and physical health.

Thus, in case after case, Italian courts have determined that the radio-frequency and microwave radiation emitted by cell phones can cause acoustic-neuroma-type brain tumors. The importance of these decisions should not be underestimated, particularly given the courts’ recognition that when exposure to electromagnetic radiation becomes a necessary part of the job, acoustic neuromas are an occupational risk.