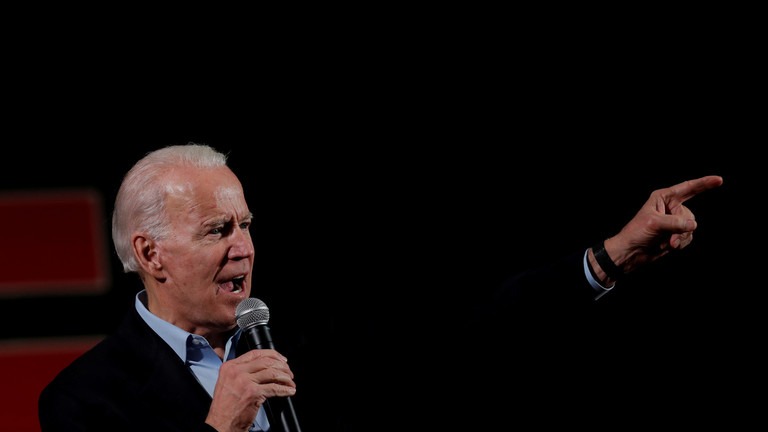 In the complaint Shokin sent to the Ukraine’s State Bureau of Investigations (SBI) on Tuesday, the former prosecutor requests that Biden be charged with “interference with the activities of a law enforcement officer.” The document was obtained by the Interfax-Ukraine news agency.

Shokin urged the SBI to kick-start a pre-trial investigation into the alleged crime committed by Biden, who he claims was illegally pressuring Ukrainian officials into ousting him from office while using a $1 billion loan guarantee as leverage.

Noting that Biden, in his official capacity as the second-in-command in the US political hierarchy, repeatedly visited Ukraine in late 2015 and early 2016 to persuade high-ranking officials to remove him, Shokin argued that “as a result, he curtailed an objective investigation criminal proceedings on the facts of unlawful activities of persons associated with the company Burisma Holdings Limited (Cyprus), including the son of the specified high-ranking official [Biden’s son Hunter, who sat on the company’s board from 2014 till 2019].”

Shokin specifically refers to the recently released documentary series ‘UkraineGate: Inconvenient facts’ by French investigative journalist Olivier Berruyer, which challenges the Western media claims that the corruption investigation into Burisma was “dormant” at the time Biden was lobbying for Shokin’s dismissal.

Berruyer, founder of the popular anti-corruption blog Les Crises, said that he collected documents that show that the investigation into the gas company was in full swing at the time.

Shokin’s own words to that effect have received only a passing mention, or no mention at all, in mainstream US media outlets, however. In a recent interview with ABC News, Shokin said that his office was handling six investigation into Burisma at the time of his resignation. However, ABC kept that part of the interview under wraps – leaving the American public essentially in the dark about the status of the probe.

Meanwhile, US President Donald Trump was impeached in the House of Representatives and is on trial in the Senate on charges of “abuse of power,” after Democrats accused him of pressuring Kiev into reviving the Burisma probe last summer by withholding US military aid.

Biden openly boasted at a 2018 Council on Foreign Relations (CFR) event that in March 2016, he gave then-Ukrainian President Petro Poroshenko a six-hour deadline to fire Shokin or he would withdraw $1 billion in US loan guarantees. Poroshenko subsequently dismissed Shokin on April 3. It was reported that a day after Yuriy Lutsenko was appointed new prosecutor general, Biden called Poroshenko to congratulate him and to announce that the US would greenlight the aid.