Scientists Dispute Whether Snakes Are Source of Wuhan Coronavirus In Humans 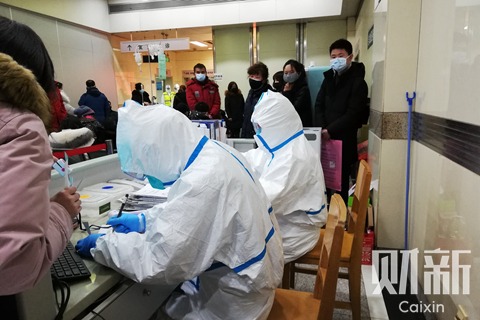 Scientists affiliated with UK-based universities have disputed a widely-circulated study pointing to snakes as the source of China’s deadly new coronavirus, saying that bats are more likely to be the real culprit.

A study published Wednesday in the peer-reviewed Journal of Medical Virology had compared the novel virus’ genes to that of other pathogens from various geographic locations and host species. It concluded that while the virus, dubbed “2019-nCoV” by the World Health Organization, was a combination of coronaviruses found in bats and other “unknown” origins, it resided in snakes prior to making the jump to humans.

“Results derived from our evolutionary analysis suggest for the first time that snake is the most probable wildlife animal reservoir for the 2019-nCoV,” wrote the study’s authors, hailing from Peking University, Guangxi University of Chinese Medicine, Ningbo University and the Wuhan University of Bioengineering.

However, scientists at the MRC-University of Glasgow Centre for Virus Research (CVR) and the Xi’an Jiaotong-Liverpool University disputed the findings.

Citing recombination analysis, which create visual depictions of similarities between various genetic sequences, the researchers argued in a Thursday post on a medical discussion forum that 2019-nCoV is most closely related to several viruses originating from bats.

“There is no evidence of snakes being involved, although, given the propensity of coronaviruses to switch hosts, involvement of another species cannot be discounted,” wrote David L Robertson, head of CVR bioinformatics. “There is also a very good chance that a non-bat intermediate species is responsible for the beginning of the current outbreak in Wuhan.”

Coronaviruses are a category of pathogens that caused the deadly severe acute respiratory syndrome (SARS) that emerged in 2002 and also include far less lethal viruses such as some forms of the common cold.

The study identifying snakes as the possible source also noted that those who were first infected with the 2019-nCoV virus were exposed to wildlife animals at a now-shuttered wholesale market in Wuhan, Central China’s Hubei province, where seafood, poultry, snake, bats, and farm animals were sold.

On Wednesday, Chinese biology and conservation experts called on (link in Chinese) law enforcement agencies in charge of wildlife protection to step up their duties in preventing the trade and consumption of wild game.

As of Thursday, Chinese officials said (link in Chinese) 617 people had fallen sick from the virus while 17 had died. Wuhan has imposed a massive quarantine of the entire city of 11 million, suspending all bus, subway, ferry and long-distance transport systems as of 10 a.m., and have asked residents to remain in the city.

Since its discovery in December, the disease, akin to pneumonia, has spread to regions including Thailand, Japan, South Korea, the U.S., and Singapore. Doctors at several major local hospitals in Wuhan told Caixin that it is estimated that the number of people infected with the epidemic may exceed 6,000.