by TheDarkMan
THE DURAN 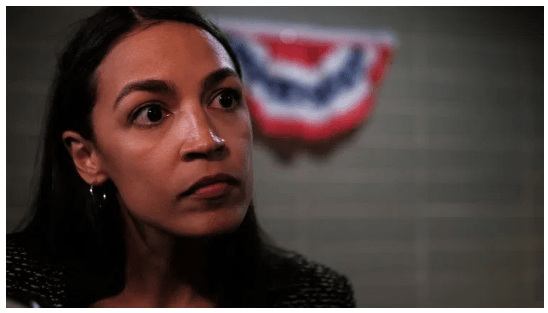 The hatred of certain so-called progressive Democrats for America, especially white America, is a subject hardly worth debating. This is best summed up in a nutshell with Hillary Clinton’s now infamous “basket of deplorables” quote, which meant in effect anyone who doesn’t vote “for me” is a bigot.

While like Elizabeth Warren, Mrs Clinton has a well-deserved reputation for speaking with forked tongue, Alexandria Ocasio-Cortez (pictured) and her fellow travellers mean what they say. And not only are they intent on bringing it about, but they are half way there.

Recently, Tucker Carlson broadcast a thirteen and a half minute segment on the New Way Forward Act and related issues. This pending bill has received almost no publicity, he said. You don’t have to listen to Tucker’s rant, you can read the bill yourself. H.R. 5383 purports to be a bill to “reform the process for enforcing the immigration laws of the United States, and for other purposes”.

Introduced last December, it would, if passed as drafted, virtually abolish any sort of control over the people allowed to enter the United States. For example, paragraph (6) says there will be special rules for VULNERABLE PERSONS AND PRIMARY CAREGIVERS, and vulnerable means?

Anyone under 21 or over 60; anyone – presumably any woman – who is pregnant; anyone who identifies as lesbian, gay (presumably homosexual), bisexual, transgender, or intersex; a victim or witness of a crime (including dropping litter?);  who has filed a nonfrivolous civil rights claim in Federal or State court; who has a serious mental or physical illness or disability (give us your poor, your wretched, and your defectives); who has been determined by an asylum officer in an interview conducted under section 235(b)(1)(B) to have a credible fear of persecution or a reasonable fear of persecution; who has limited English language proficiency and is not provided access to appropriate and meaningful language services in a timely fashion. Finally, anyone who has been determined by an immigration judge or the Secretary of Homeland Security to be experiencing severe trauma or to be a survivor of torture or gender-based violence, based on information obtained during intake, from the alien’s attorney or legal service provider, or through credible self-reporting.

That last category alone would lead to the admission of almost anyone because it is a standard ploy of female illegal immigrants to claim they were raped by soldiers or police officers in their own countries.

The purposes of Titles VI and VII of the bill are stated candidly to repeal migration criminal laws and to give those actually deported the right to “come home”.

And if you oppose any of the above you can only be racist, right? No other country on Earth has or would attempt to introduce such a bill, although Western Europe has been going down the same route for decades.

The New Way Forward Act is not simply laughable, it is insane, and further proof as if further proof were needed that if Donald Trump is not re-elected later this year, America will be finished.